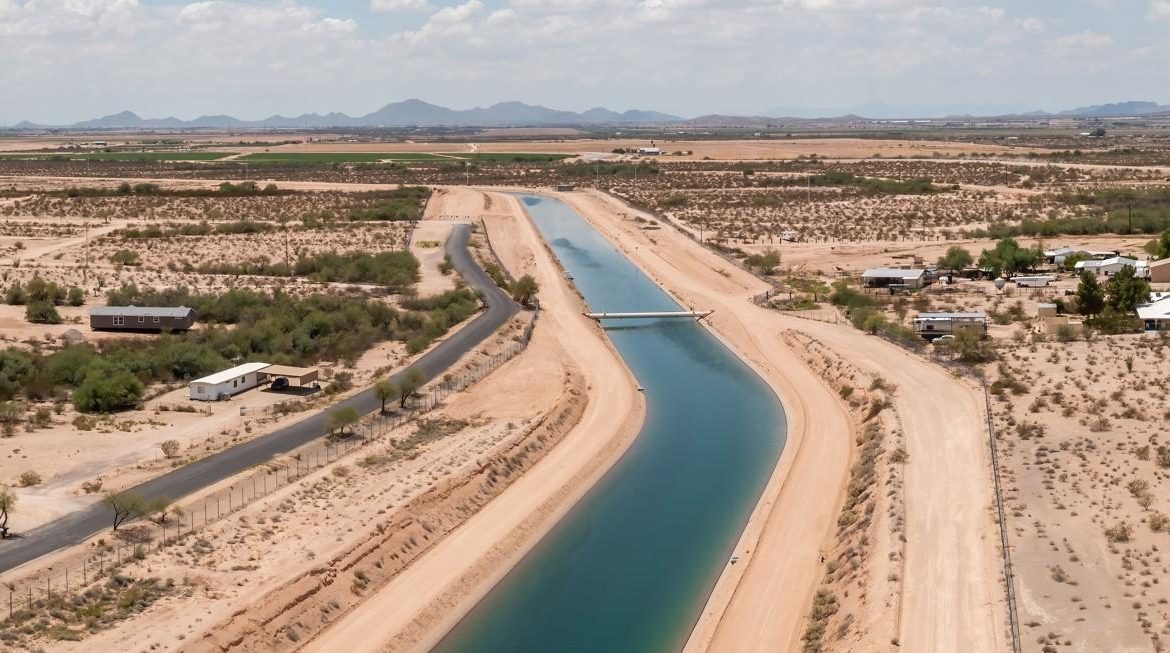 Corporate Welfare for Farmers Is Swell until It’s Not: The Case of Arizona Reservoirs

The US federal government has a long history of intervening in voluntary human action, frequently tilting the scales to favor some over others. This is perhaps more apparent when vital resources, like water and marginally productive land, are involved. The US West, and in particular the southwestern US, provide great examples, some of which have been documented at mises.org over the years (see here and here). Politicians and interest groups go out of their way to prop up their sides and support their interests, even if at least some of those interests would not exist at all without state support. After all, no politician wants to be accused of betting against America (whatever that means). But eventually government benefits have unintended consequences.

Arizona is not often thought of as an agricultural paradise. Plants can’t be intensively grown in dry, sandy soils—the desert was simply not designed for this purpose. Water is a precious commodity here. And yet acres and acres of cotton, alfalfa, and sorghum (as well as other crops) are produced here. The reason for this apparent abundance is that massive federal spending has created numerous diversion and dam projects that allow water to be used for agriculture at prices that would not be supported in a free-market situation. So, agriculture and other users of this precious commodity are incentivized to expand production. The problem, of course, is that you can’t magically make more water appear below the desert just by spending money and building irrigation projects. There are natural limits at work here. The US Southwest really is running out of water due to the artificial situations set up by the state.

Of course, one could make the argument that these grains, oilseeds, and forage crops are putting the water and the nutrients from the soil to better use by helping local farmers and feeding local animals. And most of these precious resources remain close to where they came from. But, as was made clear in a recent article, this is an oversimplification of the situation.

A large amount of farmland in Arizona, about ten thousand acres, is now owned by an agricultural company in Saudi Arabia. The company produces crops in Arizona and ships them to Saudi Arabia, where they have their own issues with water and nutrient-rich soil, to feed large dairies. And this appears to be a growing trend—foreign-owned farmland in the West totaled about three million acres in 2020.

The result has been that limited local resources in Arizona are further stressed. Production at the farms has increased, using more water and nutrients. Local officials have had to repair roads due to increased agricultural traffic. And perhaps most apparent to those who live there is the deterioration of houses and town roads in the area. One local shop has sunk a few inches into the ground. More common now is the “dirt wall” of soil and dust that blows in from vast fields. And flooding and water runoff on town roads are more pronounced.

But, long term, the effects will be more devastating. Local officials are concerned by recent evidence that water within deep aquifers, thousands of feet below ground, is starting to move because of water pumping for crop production. After all, in the desert, when deep reservoirs are being pumped to the surface and sold at rock-bottom prices, it shouldn’t be surprising that more shallow sources of water have begun to dry up.

All of this is the natural progression of state-sponsored projects. Gifts from the state (handouts for some at the expense of others) often set in motion a complex series of consequences that cannot be stopped once started. If you don’t manage resources through a free-market process, others will take notice of these new and artificial (and often guaranteed) business opportunities. If resource use is not limited through free-market mechanisms, there will eventually be shortages, plain and simple. No amount of investment, new technology, or painful local experiences will change this.