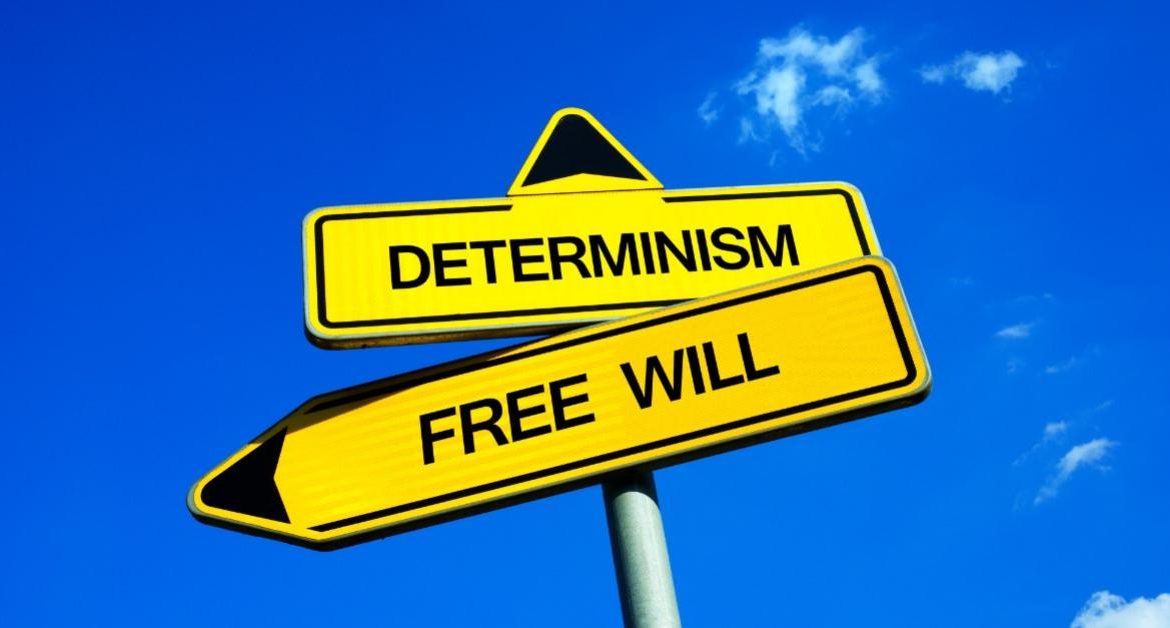 Objection, Professor Harari! Logic Proves the Existence of Free Will

Yuval Noah Harari, professor of history at Hebrew University in Jerusalem, is not only a best-selling author but also a top advisor to Klaus Schwab, founder and front man of the World Economic Forum (WEF).

In 2018, Harari wrote: “Unfortunately, ‘free will’ isn’t a scientific reality. It is a myth inherited from Christian theology.”

Humans today are a hackable animal—an animal that can be hacked. . . . Hacking a person means understanding and seeing through them better than they can themselves. . . . The consequences are obvious: Anyone who knows people’s inner feelings can anticipate their actions. And, of course, manipulate their desires. Ultimately, these institutions (companies and states are meant here, TP) will make more and more decisions on our behalf because they understand our inner processes absolutely perfectly.

Humans are now hackable animals. You know, the whole idea that humans have this soul or spirit and they have free will. So, whatever I choose, whether in the election or whether in the supermarket, this is my free will. That’s over—free will.

This article will challenge Harari’s statements that man has no free will, free will is “over,” and that free will can be “hacked.”

I believe this is necessary because Harari wants to discount rational autonomy, Immanuel Kant’s (1724–1804) important Enlightenment ideal. Moreover, it is important to address that the conceptualization of man that Harari promotes is epistemologically flawed and misanthropic.

Above all, I want to highlight the danger such a pseudoscientific image of man represents; it tempts proponents to degrade man to a creature that can be controlled and steered according to political goals thus encouraging tyrannical fantasies of power. Ideas such as the Great Reset, the New World Order, and transhumanism ultimately stem from such an image of human nature in the social and economic sciences.

Let us dive in.

Harari’s conjecture is based on scientism. Scientism is the basic attitude of applying the scientific method to social and economic science (the science of acting human beings). Scientism applies mechanical analogies to study the individual, and it applies organic analogies to notional collectives such as the state or the society. In doing so, scientism denies the existence of individual human consciousness and free will. The scientific method describes the procedure in science used to obtain knowledge. In the natural sciences, one usually forms hypotheses and examines their validity on the basis of data (observations obtained from laboratory experiments).

Knowledge is found in experience, and experience also serves to assess the veracity of the hypotheses that the natural scientist puts forward. The central assumption is the validity of determinism (that an event or an observation can be causally explained by one or more factors). This in itself is fairly unproblematic. In natural science, all experience we gain from the real world is subject to the action-logical category of causality (a condition of the possibility of objectified experience, Kant would say). And human action is determined insofar as it results from the actor’s personal history (background, talent, experiences, knowledge, etc.). But determinism is usually interpreted materialistically in the sense that observable phenomena are assumed to be determined by material, tangible factors (physical in nature or biological and chemical processes), while mental, explanatory factors are excluded as explanatory variables.

In natural science, the application of materialistic determinism is relatively unproblematic. Here we are dealing with atoms, molecules, and planets (objects of knowledge that do not act, have no goals, and do not choose between alternative courses of action but simply react to a cause because they have no consciousness or free will). But in the realm of human action, the application of materialistic determinism is highly problematic and must be dismissed as wrong because there are no behavioral constants. The field of human action is categorically different from the natural sciences.

The answer can be found in the phrase, “man acts.” This proposition cannot be denied without logical contradiction and is therefore true for human cognitive faculty; it applies a priori. One cannot say, “man does not act,” without acting and, therefore, contradicting oneself. Whoever denies that man acts already presupposes the validity of the statement. Further truths can be logically derived from acknowledging that man acts. For example, humans have goals. They choose means to achieve their goals. Means are scarce, and acting requires time, etc. If one applies materialistic determinism to human action, as proponents of scientism do, one assumes (consciously or unconsciously) that human action is not unconditional.

The notion that human action is not without presupposition is (as mentioned before) unproblematic in the following case. Human action, will, and volition of the agent are absolutely conditional. They are the results of an individual’s development, becoming in life, and previous history. Seen from this perspective, human action is not completely free, but that is a far cry from the notion that there is no free will.

But if one cannot deny man’s ability to learn, one cannot predict future human action today. After all, the knowledge and the ideas of an acting human, which determine their actions, can change over time. The future state of a person’s knowledge and ideas is unknown today; therefore, from today’s perspective, the agent’s future actions cannot be known either. Epistemologically speaking, ideas are the “ultimate given” if one wants to explain the reasons behind the acting person’s actions. The ideas are no longer accessible to any further explanation or letztbegründung (ultimate justification). A certain person acts because they have chosen a certain idea (concept or theory) and made it their own. If one wanted to deny this, one would have to prove that the emergence and the selection of ideas can be conclusively explained by internal and external factors. But due to the agent’s undeniable (a priori) ability to learn, this is also not possible.

We come to the following conclusions. Firstly, one cannot deny (without contradiction) that man acts. Secondly, one cannot argue (without contradiction) that human action is predictable or logically explainable by certain factors (qualitative/quantitative). Free will cannot be discounted or negated at the drop of a hat as Harari does. Rather, one cannot meaningfully deny that the agent (within certain limits) can influence the course of events and can cause a different outcome compared to a situation in which they would not act. In this sense, they do have free will through the choice of their actions.

Consequently, man cannot be thought of as a mindless automaton that always responds to an impulse in a specific manner. Their future actions cannot be predicted and controlled. Man is not, and will not be, “hackable” (by AI) in the sense Harari asserts. To deny man free will is highly problematic because it degrades man to a controllable automaton. Thinkers like Harari do this to promote the possibility and acceptability of managing people according to political and ideological considerations. And that opens the door to tyranny. One is advised to hold tightly to the idea of free will, especially, when the peaceful and productive coexistence of people is the goal.