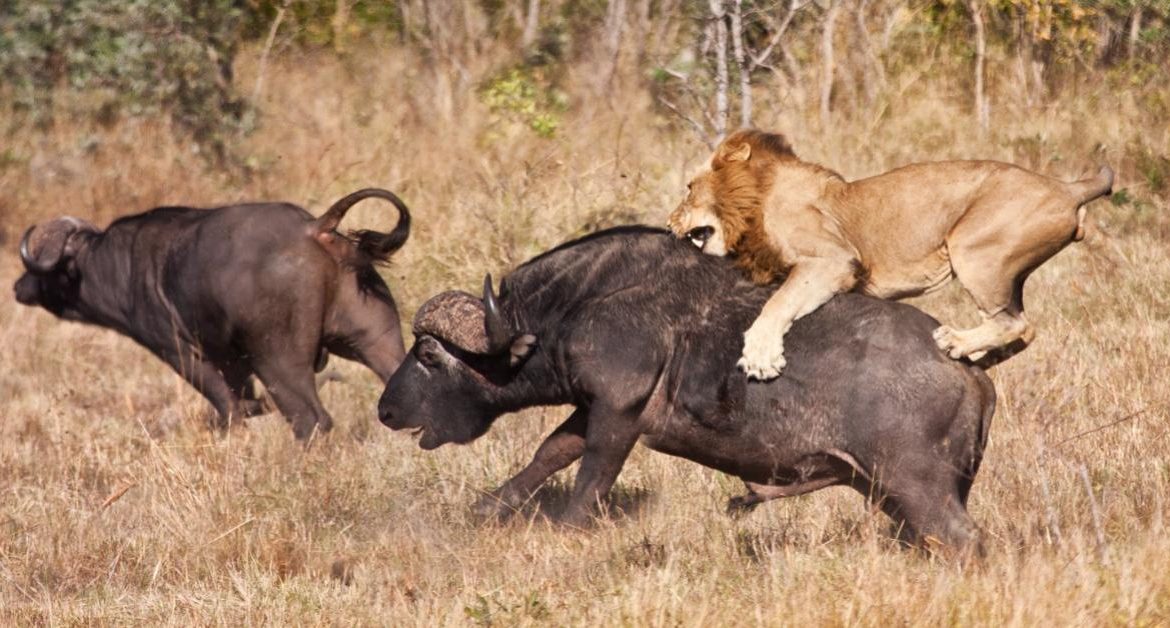 You’ve Got to Be Kidding: Nussbaum Demands Animals Stop Eating Each Other

Sometimes you encounter a proposal that is so daft that you think to yourself, “The author can’t be serious!” In today’s column, I’d like to discuss an example of this sort that comes from one of the world’s most eminent moral philosophers, Martha C. Nussbaum. In her article, “A Peopled Wilderness,” appearing in the New York Review of Books, December 8, 2022,

Nussbaum suggests that we need to think seriously about curbing predation in nature. It disturbs her that animals eat other animals: this is not how things ought to be. We must be careful in what we try to do to correct this morally bad state of affairs, since through lack of knowledge, we may worsen things; but this is no excuse to let matters slide.

To be clear, she is not just proposing that we should make sure that lions can’t get into the deer cage at the zoo; she is talking about the possibility of getting animals in the wild to cease to kill and eat each other. Her idea illustrates and extends a besetting sin of contemporary moral and political philosophy, its idle utopianism. The ordinary circumstances of the human condition are rejected, and philosophers devise fantastic schemes to remake the social and political world to their own liking. As Thomas Sowell says:

What they are seeking to correct are not merely the deficiencies of society, but of the cosmos. What they call social justice encompasses far more than any given society is causally responsible for. Crusaders for social justice seek to correct not merely the sins of man but the oversights of God or the accidents of history. What they are really seeking is a universe tailor-made to their vision of equality. They are seeking cosmic justice.

Nussbaum illustrates Sowell’s insight in a ludicrously extreme fashion. Here is what she says:

We are very ignorant, and if we tried to interfere with predation on a large scale, we would very likely cause disaster on a large scale. We basically have no idea of how species’ numbers would change, what shortages would be created, and we are totally unprepared for dealing with the likely consequences of such interventions. The only way we could protect weaker creatures from predation is by turning larger animal reservations into zoos of the bad old sort, with each creature or group in its own enclosure. . . On the other hand, the suffering of vulnerable creatures and their premature deaths matter greatly and seem to demand some type of intelligent action. It simply is not among the goals that make up the form of life of these creatures to be eaten by predators. Their form of life is their own, and they seek to live it undisturbed, just as we do, even though at times we too are also prey for aggressors. These species would not have survived if they were not pretty good at escape. To say that it is the destiny of antelopes to be torn apart by predators is like saying that it is the destiny of women to be raped. Both are terribly wrong, and demean the suffering of victims.

Nussbaum maintains that people have failed to recognize the need for reform of the natural world because of a false idealization of nature in the wild, and she has insightful comments on the prevalence of this idealization in the Romantic Movement. But her picture of the Romantics is one-sided: Tennyson famously wrote in In Memoriam of “Nature, red in tooth and claw/ With ravine” which “shrieked” against the creed that God is love.

I would say, rather, the reason that people have not in general attended to what Nussbaum deems a grave moral issue is that predation is part of the way the natural world exists, and it is not the business of ethics to endeavor to reconstruct nature.

Nussbaum has two arguments against this response, neither of which is adequate. First, she says “nature” can’t be considered apart from human beings: we now dominate the world and are thus responsible for what takes place within it:

All land in our world is thoroughly under human control. Thus ‘wild animals’ in Africa live on animal refuges maintained by the governments of various nations, which control admission to them, defend them from poachers (only sometimes successfully), and support the lives of animals in them through a range of strategies (including spraying for tsetse flies and many other matters). There would be no rhinos or elephants left in the world if humans did not intervene.

This passage makes an illicit jump. Nussbaum is right that in government-maintained animal refuges in Africa, measures have been taken to help animals in various ways. But it does not follow from this that most animals in the world lead lives supervised by governments. Most of the world’s land is under the control of some government or other, as she says, but the conclusion Nussbaum insinuates that most animals are under human control simply is not entailed by her premise. More fundamentally, predation was a natural fact long before humans arrived on the scene. We didn’t create it, and it is foolish to think we ought to alter it.

Nussbaum would counter my assertion with her second argument:

Used as a source of normative thinking in itself, the idea of Nature does not offer useful guidance. As John Stuart Mill correctly says, Nature is cruel and thoughtless.

This misses the point. The principal argument against her isn’t that nature in the wild is a normative ideal but rather that it isn’t a human responsibility to reform it. Ethics, at least if we confine ourselves to the secular realm, is about how human beings can best lead their lives, and to demand that we alter the way animals lead their lives is a foolish and presumptuous error.

Two caveats need to be added. I am not assuming that the secular world is “all there is,” but instead attempting to address Nussbaum on her own ground. Further, I am leaving aside altogether issues of how we should treat animals that come within our purview: I am not claiming it’s all right to set cats on fire for fun. I am, though, not much troubled by the fact that pet cats eat mice, as I gather that Nussbaum is.