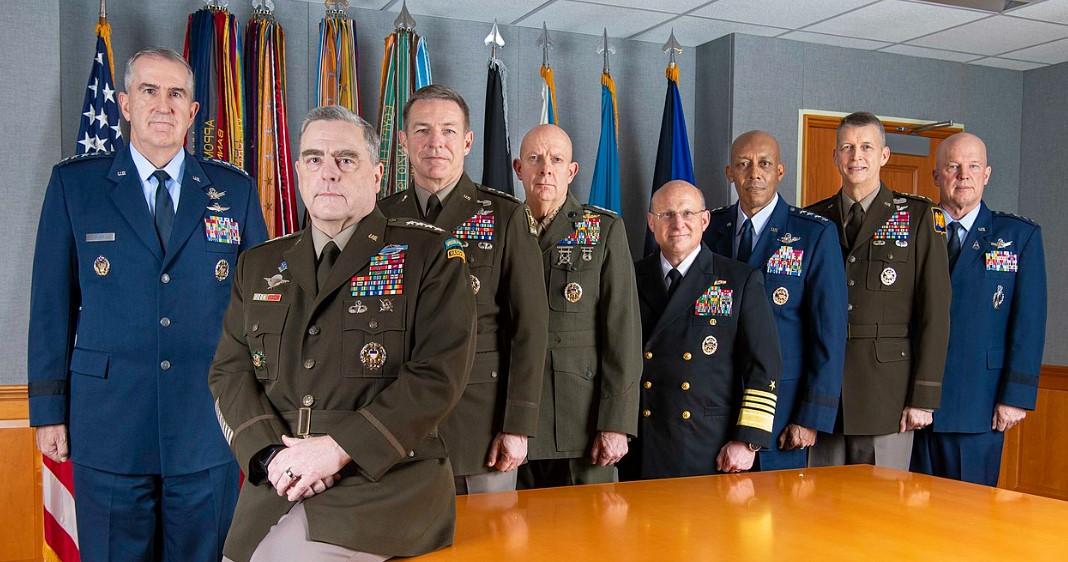 As the Pentagon Fails Another Audit, Congress Wants to Spend Even More on “Defense”

In November, the Pentagon announced it had failed yet another audit. In spite of the fact the Department of Defense has had years to get its act together, the Pentagon still doesn’t know how it spends or maintains its trillions of dollars worth of taxpayer-funded assets and income. As Breaking Defense noted last month:

The Pentagon has failed its annual audit for the fifth year in a row, an expected result that nonetheless represents something of a disappointment for an effort that officials hoped would continue steady, if incremental, year over year progress. … The Pentagon has failed every audit since 2018, the first audit of the department ever performed in its history.

Accounting like this, of course, would land most private-sector C-suite executives in prison for various financial crimes. Moreover, this is the same government that insists it has the prerogative to spy on most of our banking transactions, and has even recently started demanding that we report every Venmo and Paypal transaction over $600 dollars. But, that’s not how things work in the government sector. The Pentagon can fail an audit on literally trillions of dollars, and all that means is “there’s room for improvement.”

Indeed, rather than tie funding to accurate information about how taxpayer money is spent, Congress this month has mostly been debating how much to increase defense spending.

Last week, Congress began hammering out a compromise on increasing the defense budget yet again. Although there continues to be wrangling over the Pentagon’s covid vaccine mandate, and just how many more weapons to send to Ukraine, the proposed budget would be an 8% increase over the 2022 budget. Some republican leaders had sought a slightly smaller increase of 3 to 5%, but as is so often the case, the GOP is more than happy to sign off on ever larger budgets so long as they benefit certain interest groups. The White House had sought $802 billion in its budget, but the final tally is likely to come in over $840 billion.

Historically, a budget of this magnitude would be at an all-time high in current dollars. Looking at all defense functions, including spending on nuclear arms through the Department of Energy, the OMB’s estimate for 2023 is now $827 billion (see Table 5.1). That’s an increase of 7.8 percent over 2022, and an increase of 14 percent over 2009 when the United States government was busy with the “surge” in Afghanistan and various occupation and counter-insurgency efforts in Iraq. The US would eventually lose both wars after spending more than 2 trillion dollars. Moreover, those wars were heavily financed by borrowed money, and American taxpayers may now be on the hook for more than $6 trillion in interest payments.

Today, the Afghanistan regime is in the hands of the Taliban, just as was before the US invasion in 2001. Meanwhile, in Iraq, the US invasion, by destroying the Iraqi state, created a power vacuum that was filled by the Islamic State (ISIS). Today Saddam’s secular state has been replaced by a pro-Iran Shia regime. Given that the US regime treats Iran as its implacable enemy, it’s hard to imagine how the US regime and its generals could have been less competent in these wars.

Another side effect of the wars has been to multiply costs for the Veterans Administration. Veterans services, of course, are essential in recruitment and retainment of troops. These costs ought not be considered separate from defense costs. Rather, they are simply deferred compensation that is promised to soldiers at the time of service. Thus, if we include veterans costs as we should, we find that defense costs have ballooned even more. In the 2023 fiscal year, total defense costs, including veterans costs, are estimated to soar over $1.2 trillion. That’s up 10 percent from the 2022 fiscal year, and up a whopping 42 percent since 2009.

But What about Inflation?

Supporters of more military spending are likely to complain, however, that inflation has taken a bite out of defense spending, and therefore we ought to measure spending only in inflation-adjusted dollars. The fact that the regime itself has been responsible for this inflation, of course, is supposedly of no moral relevance.

Although private sector real wages have now declined for nineteen months in a row, it is now argued that the taxpayers ought to be taxed even more to finance military spending.  The idea here is that government agencies supposedly have a “right” to not be deprived of spending power thanks to the very inflation that the regime created.

But, for the sake of argument, we’ll look at inflation-adjusted military spending, and not surprisingly, we do find that by this measure, spending has not increased nearly as much as unadjusted dollars. However, when we include veterans spending, defense spending in 2023 will be at an all-time high even by this measure.

What will all this taxpayers money be used for? The Pentagon doesn’t know, given its haphazard accounting, but we can be sure at least several dozen billions will go to supplement the already spent 65 billion on aid to the Ukraine regime, plus hundreds of billions more spent to keep up with ongoing “assurances” to the freeloader European member states of NATO. After all, Berlin recently announced that it won’t make good on recent promises to raise its own military spending to the agreed-upon 2-percent-of-GDP standard. We can expect to hear plenty of bromides from European politicians about NATO solidarity and the defense of Europe. But it’s clear the Europeans are happy having American taxpayers pay for nearly all of it. On this, the US regime—which enjoys being the big fish in NATO—will do nothing. In other words, the US regime has no problems fleecing the taxpayers for trillions of dollars that the Pentagon can’t even keep track of. But, the regime is also happy to be complicit in Europe’s insistence that Americans pay for Europe’s bills as well.