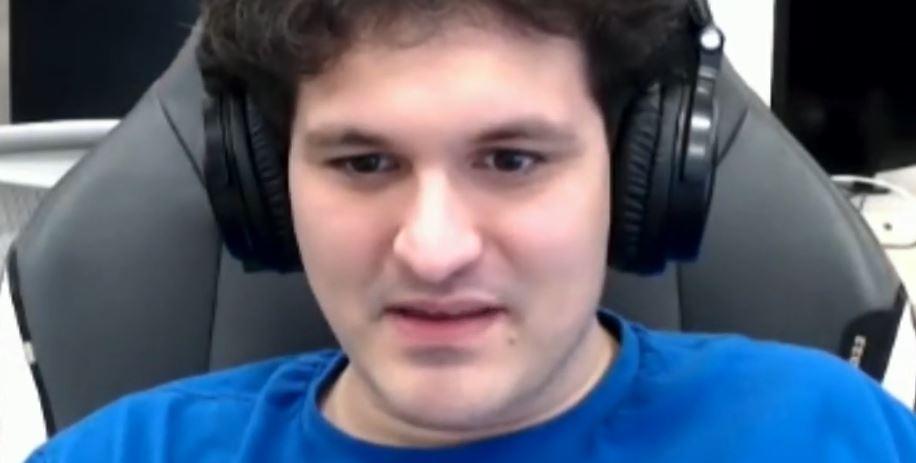 The collapse of the crypto exchange FTX may prove to be a canary in the coal mine of the easy-money fueled crypto bubbles. FTX’s collapse has exposed just how little due diligence is actually taking place among investors who are apparently willing to put large amounts of cash in whatever place looks like the hottest new thing and promises—without convincing evidence—big-time returns.

Indeed, FTX seems to be a textbook example of how many investors are easily hoodwinked by media narratives about the latest investment genius who has magically discovered some new way of delivering unprecedented returns.

The “genius” in this case is Sam Bankman-Fried, a 30-year old MIT grad who ran FTX into the ground and had placed control of his clients’ money in the hands in the small number of friends with virtually no real experience, knowledge, or scruples about how to responsibly manage funds. Financial record-keeping and reporting at the company was haphazard at best.

The calculations will be murky for a while, but it now, it looks like FTX has “lost” at least one to two billion dollars of client funds, not to mention billions of dollars in investments in the company that evaporated. Much of it was probably just stolen. But it’s difficult to guess at this point because FTX didn’t bother to put together an accounting department. FTX new CEO reports the state of the company’s financial management is worse than Enron.

Yet, hundreds of thousands—possibly more than a million—clients were willing to pour money into the exchange. Some put most of their entire net worth. Institutional investors put in much more. Sequoia Capital, for example, famously put $210 million into FTX. “Due diligence” involved a “last-minute Zoom call” with Bankman-Fried during which he played video games. That money is now all “missing.”

Why were so many willing to so carelessly hand over much of their life savings to an operation run by a man-child in short pants who was essentially accountable to no one? The answer lies in the fact that when we mix speculative manias with decades of central-bank-fueled easy money, we end up with a world in which FOMO and a desperate search for yield leads to disaster. The FTX implosion is exactly what we should expect to see as our decade-old bubble economy comes to grips with rising interest rates, a slow-down in easy money, and a looming recession.

As I showed earlier this week, the tech sector overall is facing losses and a need for cost-cutting as the price of borrowing—i.e., interest rates—goes up.

Up until this year, this inevitable economic decline was repeatedly delayed because many problems and inefficiencies in a business can be papered over when it’s always possible to just borrow more and pay off old debts with new cheaper debt. The gambit works when interest rates are continually falling, as has been the case over the past 40 years. That is, it was easy to do so until recently. Now that firms can no longer always count on more cheap money coming down the road, losses and out-of-control expenses become a problem.

When borrowing costs go up, inefficient and fraudulent companies have a harder time covering up losses and a lack of revenue. This becomes especially problematic for highly leveraged companies that have enormous debt-service costs, engage in financial shenanigans, and take on high risk investments like derivatives.

In recent months, we’ve begun to see crypto exchanges get into trouble for similar reasons. FTX is just the most spectacular recent example, but FTX could have kept its problems hidden for longer had the easy money kept flowing as usual.

Here’s what happened: As a crypto exchange, FTX functioned in some ways like a quasi-bank. Clients put money into the exchange as a way to facilitate client investments and use of their crypto to both invest and consume. Much of this also revolved around FTX’s crypto token known as FTT. Clients were “depositors” of a sort. Like a bank, however, FTX also tried to make money by making investments of its own through a sister company, a crypto-trading firm called Alameda Research. FTX was effectively acting as a fractional-reserve bank, using client “deposits” to make speculative investments through Alameda.

But then the easy-money economy this year tightened up slightly as the Federal Reserve raised rates and backed off Quantitative Easing. One effect of this was falling prices for a variety of crypto currencies, FTT among them. Investors—both small-time crypto buyers and large institutional investors—began to sell their crypto or forego new purchases in order to get liquidity for use elsewhere. As a result, ordinary clients at FTX began to withdraw their holdings. Meanwhile, large crypto exchange Binance began to sell its own considerable holdings of FTT. Suddenly, FTX had to give large numbers of departing clients their money back. But FTX had already committed much of its money elsewhere: like many investors, Alameda and FTX were making riskier bets in an effort to stay ahead of inflation in a Fed-created world of ultra-low yields.

FTX then found that it didn’t have enough liquidity to meet its obligations to clients. Moreover, as the Fed scaled back on QE and the economy slowed, asset prices began to stagnate. This meant FTX’s collateral was losing value and it could not be easily sold to cover client withdrawals. On November 11, it all collapsed.

This wouldn’t have happened—at least not right now—had the easy money still been flowing. Clients would not have lost interest in FTT tokens to the same extent, and FTX could likely have taken out some new loans to cover whatever rising costs it was facing. The can would have been kicked down the road yet again.

But as it was, there simply wasn’t enough liquidity anymore for the scam to continue.

Thus, we find that leveraged crypto faces many of the same problems that other highly leveraged high-risk ventures face. Once the easy money dries up, financial obligations remain, but new loans to pave over the problems are difficult to come by. This problem was noted months ago by Bitcoin consultant Caitlin Long of Custodia Bank who opposed leveraged crypto as a form of circulation credit—i.e., unbacked “savings.”

From Yield Famine to Collapse

Bankman-Fried was able to keep up the ruse for years in spite of manifestly dishonest business practices, absurd accounting, and good old-fashioned grifting.

But the fact is that countless investors are so susceptible to cons like those promoted by SBF because investors want to believe them. Thanks to “yield starvation” brought on by years of financial repression, investors are desperate to find a hero who can promise big returns, even if the risks appear to be high. As economist Brendan Brown has noted, there will always be speculative narratives and manias. But when a search for yield becomes especially acute, things are made far worse.

The financial sector then becomes enamored of financial celebrities like SBF. Fortune magazine then features SBF on its cover. Countless news programs featured SBF as a wunderkind expert on the new economy.  This was further enhanced by the fact that much of the client money SBF mismanaged—i.e., stole—was used for enormous public relations campaigns designed to burnish SBF’s image and clout. He gave immense amounts of money to the Democratic party and used funds to win over countless elites in the media. Even as SBF’s fraud was exposed, The New York Times and The Washington Post were still running articles about how SBF and his associates are merely misunderstood do-gooders. SBF himself admitted his image was all part of a con.

The PR worked, and speculators hopped up on easy money continued to put money into FTX with little to no true due diligence. Many investors forget that when the easy money is flowing, financial mediocrities, and even outright frauds, can be made to look like legitimate geniuses. Unfortunately, it often requires only the smallest amount of monetary tightening to expose the grift, and then the party is over.