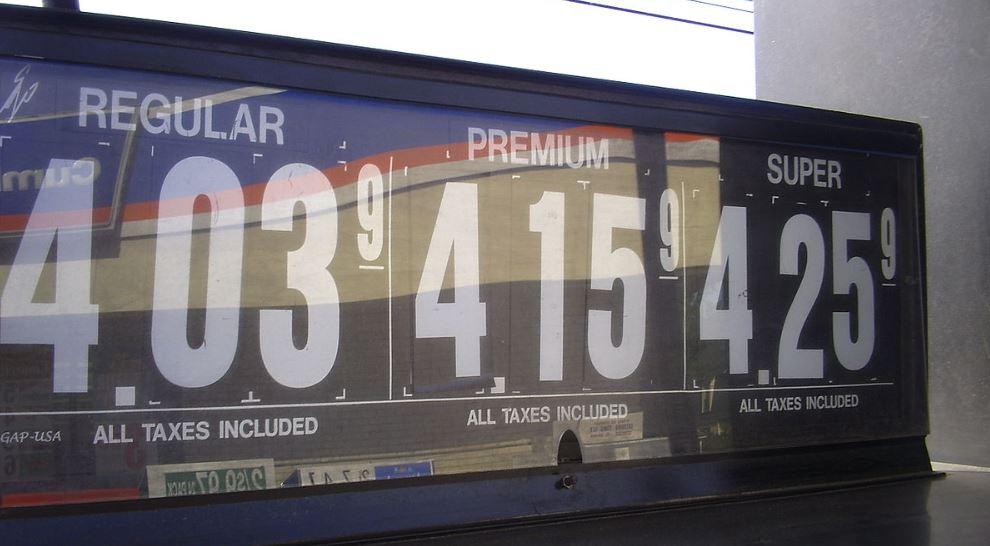 Month-over-month inflation rose as well, with the seasonally-adjusted CPI rising 0.1 percent from July to August. With the exception of July’s month-over-month figure, which was zero, monthly CPI inflation has risen 27 months in a row.

The ongoing price increases have been largely reflecting price growth in food, energy, transportation, and shelter. In other words, the prices of essentials all saw big increases in August over the previous year.

For example, “food at home”—i.e., grocery bills—was up 13.5 percent in August over the previous year. Gasoline continued to be up, rising 25.6 percent, year over year, while new vehicles were up 10 percent. Shelter registered one of the more mild increases with a rise of “only” 6.2 percent according to the BLS.

This is bad news for the Biden administration, which has repeatedly attempted to downplay the relentless increases to the cost of living being inflicted on Americans after years of deficit spending, which has helped fuel inflationary monetary policy.

Last month, for example, President Biden attempted to spin July’s monthly growth as a case of “zero inflation” and insisted “today, we received news that out economy had zero percent inflation in the month of July—zero percent.” Unfortunately, some people may fall for this, even though year-over-year inflation in July was 8.5 percent.

In terms of real earnings this has been devastating for many wage earners. According to the BLS, average hourly earnings in August came in at $32.14. That’s an increase of 4.38 percent. This might be good news were it not for the fact that price inflation was up 8.3 percent during the same period.

So, the gap between price inflation and wage growth in August was -3.9. This ties for the largest negative gap between inflation and earnings growth that we’ve seen in more than a decade. It’s also the seventeenth month in a row during which that gap has been negative. It’s now even larger than what it was during the covid lockdowns when earnings went down even in nominal terms.

Needless to say, this is not what the administration was hoping to see going into the final 60 days before the midterm elections. But it’s also not good news for the Federal Reserve. The persistent price inflation is a repeated reminder of just how far behind the curve the Fed is, and how reckless the Fed was in essentially printing nearly five trillion dollars between February 2020 and April 2022. Over the past two years, the Fed repeatedly assured the public that creating vast amounts of new money would be no problem and that price inflation would never be anything more than “transitory.”

Once that narrative was disproven, the Fed then began to admit late in 2021 that CPI inflation was not transitory, but that the Fed would not allow it to become “entrenched.” But as price inflation did indeed become entrenched, the Fed required more than six months from the fall of 2021 to spring 2022 to actually begin raising the target federal funds rate. The Fed’s lack of real action can further be seen in the fact that the Fed’s portfolio—bought up with nearly created money from 2008 to early 2022—has dropped by only 1.2 percent this year. That may be enough to spook markets, but it’s hardly enough to promote any sort of return to real prices in asset markets or normality in monetary policy.

In other words, the Fed, after more than a decade of QE, and after 2 years of mega-QE is just now starting to take real action. The Fed’s fear in taking any real steps to rein in inflation likely reflects just how much Wall Street opposes any sort of sanity in monetary policy right now. The financial sector has become so addicted to easy money and ultra-low interest rates that even a target fed funds rate of 2.5 percent is promoted as “tight.” But this shouldn’t shock us since for much of Wall Street, Fed accommodation is the only game in town, and it overwhelmingly what drives market behavior right now.

This is why the latest inflation report will also be received as bad news on Wall Street. But it won’t be received as bad news because inflation is bad for consumers. No, it’s bad news because another high inflation print leads the investors to believe that the Fed will stick will its “tight” monetary policy for another few months. In other words, any economic news that keeps the Fed from “pivoting” to easier money is bad news, and anything that might lead to a sooner pivot, on the other hand, is good news. This is why Wall Street now hopes for job losses and bad employment data: Wall Street is hoping that bad news on the employment front will force the Fed to ease again. And with easy money comes higher stock prices.

What the Fed really should do, of course, is stop intervening in the market at all. It should allow interest rates to respond to the market—instead of the to the Fed’s manipulations—and begin selling off its portfolio. Would this cause a recession? Almost certainly. But it would also, for the first time in twenty years, allow the economy to heal after decades of artificial bubbles and booms caused by the Fed’s monetary inflation. For political reasons, it goes without saying this would never happen before the midterm elections, but unfortunately, the Fed is unlikely to relinquish its role as economic central planner even after the election.  Fed economist are simply too far down the ideological road of abandoning markets and embracing state planning to let that happen.