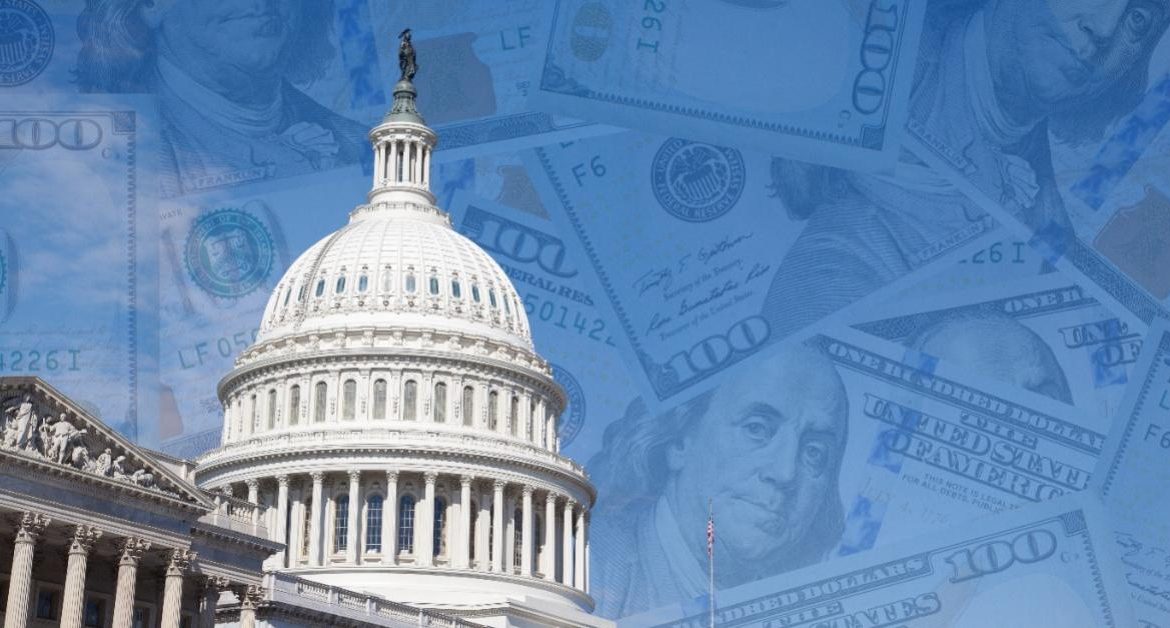 Does Reducing Unemployment through Government Spending Boost the Economy?

Some experts hold that the key to economic growth is to strengthen the labor market, which is based on the view that because of the reduction in the number of unemployed workers, more individuals can afford to increase spending. As a result, economic growth follows suit.

However, the key driver of economic growth is an expanding pool of savings, not the state of the labor market. Fixing unemployment without addressing the issue of savings will not increase economic growth.

The pool of savings funds the enhancement and the expansion of the infrastructure. An enhanced and expanded infrastructure permits an increase in the production of the final goods and services required to maintain and promote individuals’ lives and well-being.

If a decline in unemployment were the key driving factor of economic growth, then it would make sense to eliminate unemployment by generating employment programs. For instance, policy makers could follow the advice of John Maynard Keynes and employ individuals in digging ditches, or various other government-sponsored activities, the aim to employ as many people as possible.

Since government does not generate wealth, it would have to divert savings from the wealth generators to various individuals employed in these programs to fund employment programs. This wealth diversion is financed by taxes and levies or by monetary creation.

A policy of wealth diversion depletes the pool of savings. This, in turn, weakens the process of wealth generation and then undermines prospects for real economic growth.

Unemployment can be fixed relatively easy if the labor market were free from government tampering. In an unhampered labor market, any individual that wants to work can find a job at a going wage for his skills.

If someone demands a nonmarket related salary and is not prepared to move to other locations, there is no guarantee that he will find a job. For instance, if a market wage for John the baker is $80,000 per year yet he insists on a salary of $500,000, he likely will be unemployed.

Over time, a free labor market ensures that every worker earns in accordance with the value of the product the individual generated. Any deviation from the value of his contribution sets in motion corrective competitive forces.

Ultimately, what matters for the well-being of individuals is not that they are employed, but rather their purchasing power in terms of the goods and services that they earn. Individuals’ earning power, all other things being equal, is conditioned upon the infrastructure that they operate. The better the infrastructure the more output an individual can generate, and a higher output means that a worker can now command higher wages.

Monetary pumping by the central bank that is supposedly aimed at helping workers improve their living standards achieves the exact opposite, as loose monetary policy undermines the pool of savings. This in turn weakens the wealth generators’ ability to enhance and improve the infrastructure. As a result, workers productivity comes under pressure and their ability to command higher wages weakens. Additionally, loose monetary policy after a time lag lifts the prices of goods and services, further eroding the earnings purchasing power of workers.

Once an economy falls into a recession and the unemployment rate increases, most economic commentators believe is the duty of the government and the central bank to step in to counter the rise in unemployment. Some economists believe that the lowering of unemployment is going to be cost-free, given that the unemployed individuals are idle. In a CNBC interview on August 31, 2010, Paul Krugman said:

If you put 100,000 Americans to work right now digging ditches, it is not as if you are taking those 100,000 workers away from other good things they might be doing. You are putting them to work when they would have been doing nothing.

However, how is the lowering of unemployment funded? Who pays for this? It seems that Krugman and other commentators believe that funding can be easily generated by the central bank by means of printing presses.

Again, contrary to Krugman and others, funding is not about money as such but about savings, which is the amount of consumer goods produced less the consumption of these goods by the owners of these goods.

To maintain their life and well-being, people require final consumer goods and services, not money as such, which is just a medium of exchange. Money only helps to facilitate trade among producers—it does not directly generate any real goods.

Contradicting Krugman and others, the artificial generation of employment such as digging ditches is not cost-free. Various individuals employed in non-wealth-generating projects must be paid. Since government does not produce any wealth, obviously, it cannot save and therefore it cannot fund any activity.

Hence for the government to engage in various activities it must divert funding—i.e., savings from wealth generators. This, however, weakens the process of wealth generation.

The Fallacy of Insufficient Demand

Whenever the economy shows signs of weakness, most experts believe that boosting the overall demand for goods and services is required to prevent the economy sliding into a recession. If the private sector fails to increase its demand, then government must do it.

Following Keynes, most experts associate economic growth with increases in the demand for goods and services. There is, however, never such a thing as insufficient demand. An individual’s demand is constrained by his ability to produce goods, and the more goods an individual can produce enables him to demand more things.

The more goods an individual produces the more of other goods he can secure for himself. An individual’s demand, therefore, is constrained by his own ability to produce something.

Observe that demand cannot stand by itself and be independent—it is limited by production. Therefore, production of goods and services drives the economy, not the Keynesian definition of demand. Thus, producers, not consumers, are the engine of economic growth, and if one wishes to succeed, a producer must produce goods and services in line with what other producers require.

If a population of five individuals produces ten potatoes and five tomatoes, this is all that they can demand and consume. No government and central bank tricks can make it possible to increase their effective demand. The only way to raise the ability to consume more is to produce more.

The dependence of demand on the production of goods cannot be removed by means of monetary pumping and government spending. On the contrary, loose fiscal and monetary policies will only impoverish wealth generators and weaken their ability to produce goods and services, weakening effective demand.

Therefore, reviving the economy requires the sealing off all loopholes for creating money out of “thin air” and curbing government spending. This will enable wealth generators to revive the economy by allowing them to produce more goods. We can conclude that by strengthening the economy’s ability to produce goods and services, we are also strengthening the so-called aggregate demand and promoting real economic growth.