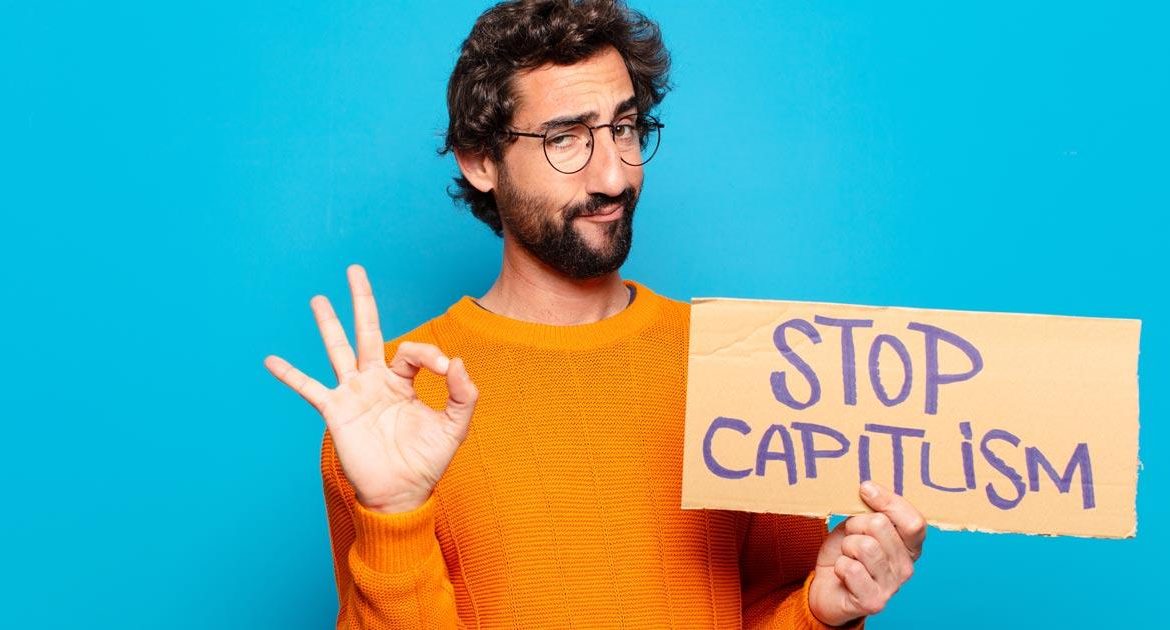 Before Progressives Condemn Capitalism, They Should Be Able to Define It

Many people blame capitalism for ever-increasing consumption, individualism, and the greedy pursuit of profits. Not very often do we see capitalism defined in any other way. In this article, I suggest an Austrian economics definition of capitalism that explains capitalism economically and without moralistic tones.

The basis of Austrian economics price theory is human action. People must make choices on how to spend their scarce time and resources. They aim to improve their situation by ranking their subjective preferences and realizing as many of these preference, one by one.

Interest rates are also a category of human action and are an indication of our time preference. This time preference applies to money and goods and services. A young society will be more inclined to save and invest than an older society. Their lower time preference translates into a lower interest rate as more money is offered for investing. Additional investments make it possible to expand the production structure.

By expanding a production structure, a society can consume more in the future. Consuming more can mean many things. If the purchasing power of people stays the same, but people only need to work three days a week instead of five days, people may still feel better off. Or, by investing we can produce similar goods, but with less pollution.

The interplay between interest rates and prices as they come about in a free marketplace, is shaping the production structure such that it meets the needs of society. The interplay of supply and demand could be termed capitalism. However, for a proper definition, more is needed.

The signaling function of prices and interest rates is distorted by central banks policies. Monetary policies prescribe that consumer goods prices must rise, according to the European Central Bank by “on average” 2 percent per year. Central banks find it unacceptable if a free market creates prices that are going down or do not rise sufficiently.

Central banks are creating money out of nothing, aiming to stimulate demand. More money means more competition for the same amount of goods, with upward price pressures as a result. Banks and central banks jointly issue more credit than what would be possible by savings alone. The additional offer of money pushes the interest rates down. The balance that prevailed in the time market is artificially disturbed.

Initially, money growth will ‘be good for the economy.’ More money is available for investing at a lower interest rate. It is as if the market has given a signal that people in society want to consume more in the future. However, consumers did not signal any change in consumption preferences.

There will come a time when the artificially low interest rate tends to rise, and prices adjust reflecting people’s actual preferences. Producers will be faced with rising production and refinancing costs. After the boom a bust will naturally follow.

Our current monetary system can finance any deficit by printing money out of nothing. If there is no growth in the money supply, however, this is not possible. If a country experiences a growing fiscal deficit, it will be more difficult to get loans from investors. Ultimately, there is no other way than to reducing expenditures and/or increasing revenues, assuming the limits of increasing taxes.

Without monetary subsidies, there is no other way to earning money than by focusing on the requirements and preferences of people living in your society. One will only be paid by meeting the requirements of other people in society, which is the opposite of being individualistic.

Money is invested in the production structure, which is where profits can be realized. These are projects or companies that supply products and services that are most in demand and where prices will be the highest. Producers can realize a profit by properly servicing consumers.

If there is no incentive, producers would not take any risk and consumers would not be able to benefit from the products and services. Voluntary transactions only take place if both sides can improve their situation. Profits are not a bad thing and can only be realized if people in society stand to benefit.

Money created out of nothing causes externalities, which are side effects of economic exchanged. Companies responsible for emitting greenhouse gases, for example, get the benefits of their economic operations, but the people in society are faced with the consequences. With a growing money supply and lower interest rates, activities are being developed which are not fully based on peoples preferences but, rather, are influenced by the growth policies of central banks.

In a society that does not grow the money supply, prices are a true reflection of the subjective preferences of people in society. If there is water scarcity, the supply of water is no longer sufficient to meet all our needs and the price of water will go up. If a society accepts pollution and if people are not willing to buy less polluting but more expensive products, the pollution will be there. Pollution is then not an external factor, but internally accepted.

If there is no growth in the money supply, prices and interest rates will best reflect the preferences of a society. An Austrian economics definition of capitalism is the interplay of supply and demand, without any growth in the money supply. In this form of capitalism individualism will never pay off. Profits can only be realized if people in society stand to benefit as well.

Sound money capitalism however does currently not exist. Prices and interest rates are impacted by central bank policies to grow the money supply, with the aim to stimulate consumption demand. Before blaming capitalism, people should first explain how they define capitalism.