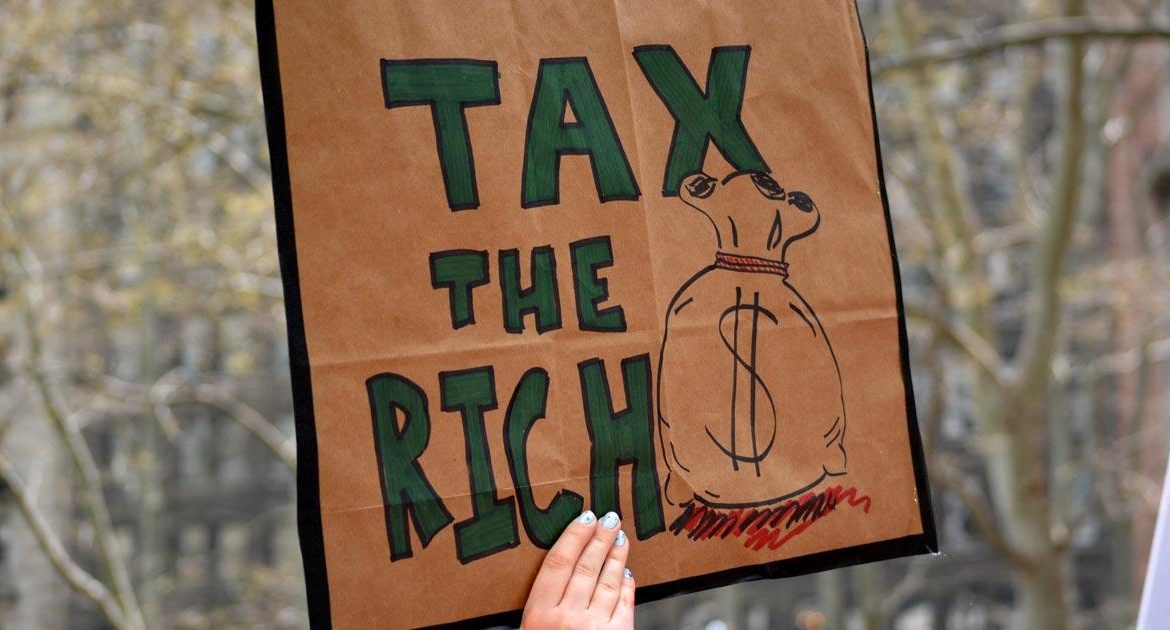 If Government Can Take from One Group, It Can and Will Take from Everyone

It wouldn’t be an exaggeration to argue that private property rights, as understood by classic liberal thinkers, by those who embrace Austrian economic theory, and by all members of an enlightened society, are not only the cornerstone, but also the last defense of human civilization and the Western way of life in particular. Nothing stands a chance without this premise. No prosperity can ever come about or even be maintained, none of the civil liberties and human freedoms we so often take for granted these days, no innovation in business, technology or science.

The respect of the individual’s property is at the heart of most of our freedoms, and when the state or any other central authority crosses this big red line, it causes a massive domino effect. This erosion of liberty might be slow, but it certainly is steady, and most citizens only realize the risks they’re facing only when it’s too late to do anything about it.

States’ incursion into their citizens’ lives, businesses, savings, and fundamental human liberties, like free speech, is certainly nothing new. In fact, it is a concerted campaign that has been going on arguably since the first form of centralized government emerged. Even without the (rather safe) assumption that megalomania and a pathological thirst for power and control over other people were the core motivation behind this, there have always been those among us that think they what’s best for others and are only too eager to “help” and “save” them. However, this push toward centralization has seen a significant acceleration over the past couple of decades.

After mostly unelected European Union bureaucrats and technocrats consolidated power in Europe and state powers were eroded in favor of federal authorities and countless agencies in the United States, the needle really moved, and although nothing happened from one day to the next, this shift certainly set the West on the path of more and more centralization. Toxic ideologies and misanthropic worldviews, like those promoted by the Frankfurt school and their long march through the institutions, were of considerable help along the way.

Window-dressing state control and massive wealth redistribution policies as “welfare” and promoting them as citizens’ “duty” to “give back” aided in disguising what was really taking place. Property rights became conditional.

If a thief steals your money, you have every right to complain, and he’ll go to prison. But if the state does the same thing, then only a sociopath would complain, because the state is providing you and your neighbors with all kinds of “free” stuff. Only a self-responsible person and the enlightened minority understand that government can only give what it has stolen before. Most of the citizens still believe in the nanny-state myth and in free lunches.

The concept of “free” and of “public goods” in particular appears to have stuck more than anything else. Especially in Europe and in much of the Commonwealth, there is to this day not only a clear understanding, but an expectation in the minds of most citizens that things like education and healthcare are and must always be “free.” Hardly anyone stops and questions what this means, and how services that obviously cost incredible amounts of money can be free.

Every time there’s an election around the corner, the incumbent governments start throwing all kinds of subsidies and extra welfare benefits from helicopters. The recipients of these checks, even when they are taxpayers themselves, still perceive these payments as government assistance, as though their prime minister or president and all their cabinet members had simply reached into their own pockets given gifts, out of the kindness of their hearts.

Of course, once wealth redistribution became established as the norm, it also became much easier to push a much more aggressive agenda. Once again, with the aforementioned ideological and political “packaging,” a fierce hatred started to take root, dividing our societies in extremely dangerous ways, but also really expediting the concentration of power in the hands of the few. We have seen a huge escalation of this in the last twenty-five years.

The “rich,” the “1 percent,” the “privileged” and the “greedy capitalists” are all terms that attempted to describe some largely mythical group of people that had their boots on the throats of everybody else. At first, it was just money that made some people instantly evil and thereby justified using state force to dispossess them. However, this soon expanded to success in general. Just being better than one’s peers, working harder, cultivating a particular talent, it all became reason enough for anyone to become a member of that hated group.

Naturally, this is all part and parcel of the wider “divide and conquer” strategy that most politicians still use today—perhaps more than ever. And once politicians legitimized the penalization of job creators and innovators by encroaching upon their property rights, it was much easier to deny these people their other rights too.

And as for those who might still find that idea rather pleasing, mainly due to envy and under the assumption that they will never count themselves among the members of this “elite,” it always useful to remember that when the state says it is only targeting the “1 percent,” this is always a pure lie. The “1 percent” is not the actual percentage that is suffering the tax hikes, and it most certainly is not just those that are better off who pay the price.

Policy makers are always trying to maximize the profit they get out of each power and money grab they sign into law. Thus, the new tax that is supposed to target “evil multinationals” almost always affects much smaller enterprises too, local businesses and mom-and-pop shops.

But what is even more important is that, unlike governments, most private companies operate under rational, basic economic dynamics. “Profit-driven” has turned into something of a curse word these days, but profit still is what makes the entire world go round, what pays wages and stocks our grocery store shelves. And so, large and small businesses alike consider the tax burden part of their costs, and if taxes squeeze their bottom lines, these costs are simply passed on to customers. Therefore, everyone pays for this property rights violation, not just its stated targets.

This article is the first of a two-part series. Continue to part 2.