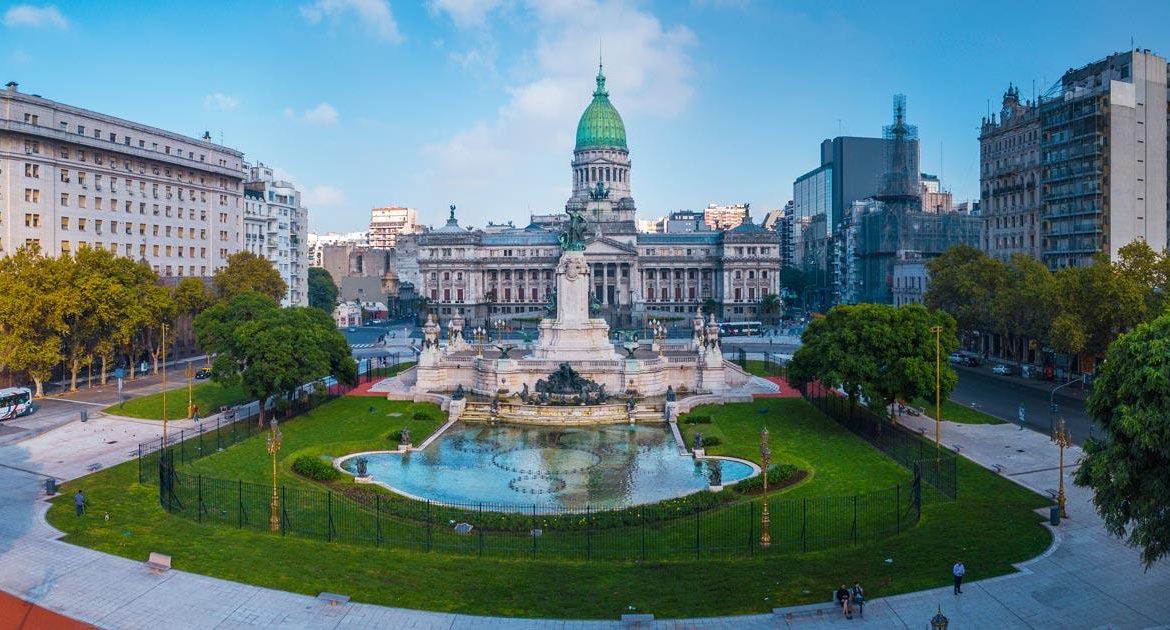 Argentina, the mystery of South America. How could a country that was once the most prosperous in the world now rank seventy-third (see figure below)? It is also in sixth place in the Annual Misery Index. How could this happen? What’s going on now?

The history of how Argentina took this road of decadence is a good story for another time (stay tuned for that article). For now, I will just illustrate it with the figure below. In this essay, I examine current Argentinian politics and the possibilities for a libertarian movement to turn the tide.

The current government, headed by President Alberto Fernández and Vice President Cristina Fernández de Kirchner (CFK) is Peronist (neo-Peronist, actually, as philosophers like Miguel Wiñazki have referred to it), specifically Kirchnerist, which is a modern branch of Peronism.

Peronism has been the signature Argentinian ideology since the first Peronist government in 1946, which was led by Juan Perón. Economically, Peronists are extreme New Dealers, protectionists, and monetary Keynesians (except for Carlos Menem’s government and currency board). Socially, they have been progressive and authoritarian (their administrations have killed and arrested political opponents and restricted freedom of the press). Peronists represent approximately 27 percent of today’s electorate.

The largest opposing group is Juntos por el Cambio. It is difficult to describe this movement, since it is a coalition within a wide-ranging political arena. Juntos por el Cambio includes socialists, social democrats, conservatives, so-called radicals (mostly social democrats and socialists), classical liberals, and Peronists. They are basically a coalition aimed at reaching the maximum number of voters possible.

They won the presidential election in 2015, defeating the Peronists, but lost reelection in 2019 to the same Peronist coalition. Economically, they range between classical liberalism and extreme social democracy. Socially, they can be summed up as progressives, mostly, yet democratic, in contrast to Peronists. Today, Juntos por el Cambio represents 26.6 percent of the electorate.

The third major coalition consists of La Libertad Avanza (in the city of Buenos Aires) and Avanza Libertad (in Buenos Aires Province). The former is led by Austrian economist and anarcho-capitalist Javier Milei and the latter by neoclassical economist and classical liberal José Luis Espert. The movement holds traditional libertarian positions, advocating for free markets and individual liberty.

They have stressed and popularized the concept of “caste,” referring to politicians that have contributed to the steady social and economic downfall of Argentina, which has prompted many to call them antisystem. The movement broke into the mainstream in the 2021 legislative election, when together La Libertad Avanza and Avanza Libertad got 983,673 votes, winning four seats in the Chamber of Deputies. Recent polls suggest that 22.8 percent of voters would elect Javier Milei as president in next election.

The coalition best positioned to win the next election is Juntos por el Cambio. If they win, Argentinians can expect one of two distinct economic programs, depending on which part of the coalition prevails internally.

If the social democrat / socialist wing headed by Horacio Rodríguez Larreta, governor of the city of Buenos Aires, takes over Juntos por el Cambio, Argentinians should expect a similar plan to what he is applying in the city—that is, public works, raising taxes, Chinese-style behavioral control of the population, and modern monetary theory–based monetary policy (under the guidance of economists like Martín Lousteau, who advise Larreta).

Larreta’s plan resembles Peronist policy proposals, but the difference is that Larreta is an efficient public official, while Peronists like Fernández are inefficient. The good thing about inefficient socialists is that they end up not doing anything at all, in contrast with efficient socialists, so Larreta may actually do more damage than the leftist Peronist government, as many classical liberal influencers like Carlos Maslatón have suggested.

The other option for Juntos por el Cambio is the soft classical liberals, led by former president Mauricio Macri and Patricia Bullrich. They offer to reduce public spending and taxes via monetary stabilization (through either dollarization or an independent central bank). Their prospects for winning the internal struggle are good but not definitive. Since they will not risk being losing to Larreta, they might make a deal with him.

It’s too soon to say who will win this inside struggle. Breaking up the coalition or making a deal with Larreta and running him as the presidential candidate are the two main possibilities for Juntos por el Cambio, based on inside information.

Despite the the opposition’s strength, the sitting coalition will not go down without a fight, so Argentinians should expect various Peronist schemes to maintain power, including the use of nondemocratic measures. The Fernández administration is probably the only government in the world where the vice president holds the real power, as CFK is the one that attracted most of the votes and who chose Fernández to be the presidential candidate. (She chose to run as vice president because she wasn’t sure that with her criminal history and previous governance failures people would choose her as president again.)

Regardless of recent bumps in the road due to his polemical statements regarding legalizing gun control and organ trafficking, Milei’s prospects look good and growing. Many already suggest that he could be the next president, and if so, he would be the first libertarian president in the world.

It is clear that the main contest is between Juntos por el Cambio and Milei’s La Libertad Avanza. Argentina’s fate will be decided in this titanic clash between socialism and libertarianism, freedom and government control. Freedom does not seem to have an easy road ahead, as the socialists already have started using public funds to finance mainstream media attacks on the libertarians.

The election is next year, but for Argentina, a year feels like a decade politically. How it will turn out is anyone’s guess, but it will be interesting.