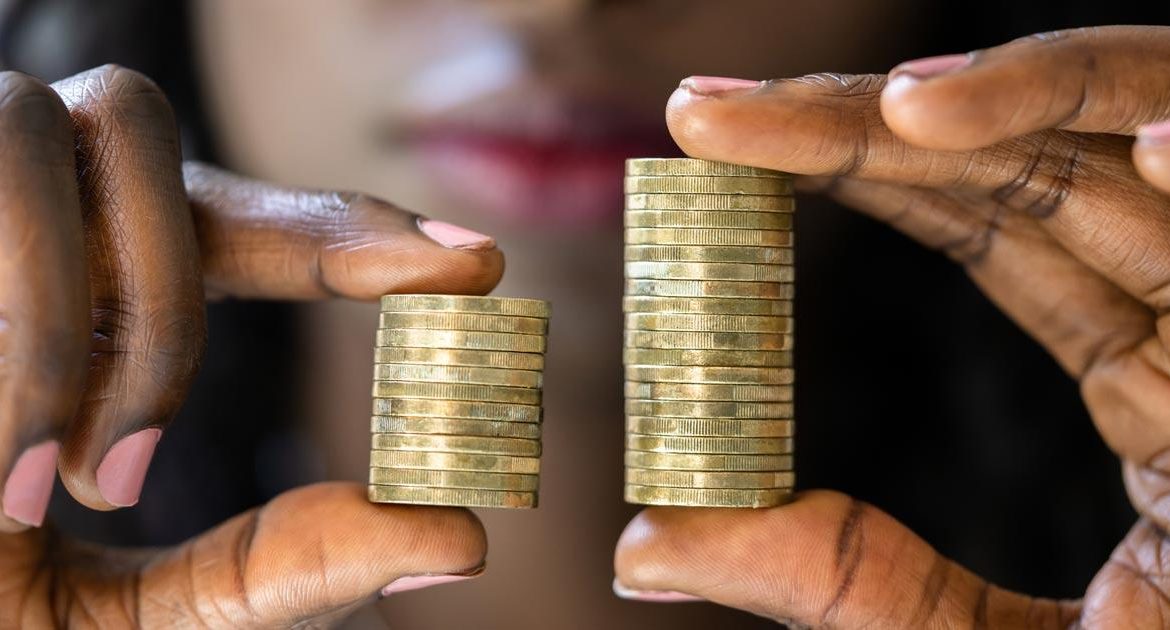 The economy consists of a huge chain of the division of labor that is interlocked to such a limit where there exists hardly any single individual or firm that produces the whole of the product alone. This is famously illustrated in the essay “I, Pencil,” by Leonard Read.

Each element of this complex chain is a firm that consists of many individuals, therefore one of the first questions one might ask is, “Why do individuals engage in these complex economic activities?” The answer to this fundamental question lies in the understanding that individuals undertake any economic activity with the expectation that it would make them better off than their present situation.

Individuals, thus, in regard to their own interests engage in voluntary cooperation in the market economy. Although modern discussions in social consciousness on the presence of inequality makes it seem that unequal outcomes are unfair and thus morally unacceptable. Reality, however, is contrary to their beliefs, as the equality of markets always exists until external constraints in the form of barriers to entry are imposed upon it.

Whenever a new product is introduced into the market and there are no externally imposed barriers to entry, the equality of the market lies in the equal opportunity it affords to each producer to participate in the market and accumulate resources. The crucial point being the reproducibility of the product demanded or the producibility of its alternative. The firm that introduces the new product for sure gets a leading advantage in the game but such advantages rarely lead to the firm acquiring a monopoly position in the market for a long period of time.

This phenomenon is most effectively demonstrated in the history of commercial personal computing, where pioneers such as the J. Lyons Company, Eckert-Mauchly Computer Corporation, and Gavilan Computer Corp., many of whom introduced personal computing in its nascent form, couldn’t capitalize on it to gain supernormal profits.

As these products came on to the market, it started a process of entrepreneurship where due to lack of barriers to entry many other new entrepreneurs and firms could capitalize on the existing product and through innovation and upgrades grab a lot of market shares, this was how Apple and IBM managed to capture a large part of the market despite not being first movers.

Today other new companies such as Lenovo (24.7 percent), HP (24.0 percent), and Dell (17.6 percent) are dominating the market. While this affords equal opportunity to all producers who want to sell their products and outcompete other existing firms due to their efficiency and better products, it also rewards success with an accumulation of resources that pass hands from the less effective to the more effective producers.

The process in the personal computing market is sure to continue in the future as long as external barriers in form of licensing, quotas, and other competition entry measures are not introduced externally by the government.

The critics of the existing distribution of resources argue that due to the fact the distribution is not equal, i.e., some have more and others have less, therefore it is wrong, but this is an understanding only of a superficial nature. Markets consist of numerous sellers engaging in competition with each other to attract and satisfy the consumers in the best manner possible. In any market, the sellers who are able to attract and satisfy the consumers better than their competitors reap higher profits.

These profits accrue to firms because they perform better than their competitors and in return get to accumulate money capital. This monetary capital then may allow them to be in a better position than other firms that have either lost monetary capital in terms of losses. This process wherein monetary capital gets transferred from lower-performing firms to higher-performing firms is the reason behind the allocative efficiency of the marketplace, which on one hand minimizes wastage of resources and on the other builds a structure of good decision making.

This is an example of unequal outcomes that are borne out of the equal nature of competition. The equality of competition lies in the equal opportunity that is afforded to each firm such that it can enter the marketplace, use its resources in any way it desires to satisfy the consumers. While inequality of this kind is morally acceptable, since it is borne out of equal opportunity afforded to all, there are inequalities in the marketplace that are a result of special privileges that inhibit the equality of markets.

A situation in a market in which a producer of a product gets exclusive rights to produce that commodity and subsequently gets an accumulated monetary capital based on the high monopoly profit it earns is an example of unequal outcomes, which creates inequality that isn’t morally acceptable.

Inequality in the Modern World

Entrepreneurs produce with the expectation of future revenue, which they seek to derive from their consumers. They advance wages to workers before the output is produced in order to help the workers finance their consumption. The core competition between entrepreneurs on an economy-level basis happens in terms of the ability of entrepreneurs through their goods to get consumer’s money income.

The process by which consumers act in regard to their own desires by buying goods from entrepreneurs they prefer based on the relative abilities of goods to satisfy their desires naturally creates a distribution of money income where the bulk of the total amount of money that consumers received while working goes back to entrepreneurs who were best able to satisfy their desires. At the same time, a significant portion of entrepreneurs who advanced wages to workers and introduced additional money income into the society through investments fail to generate a revenue stream.

This is the reason why it was found that every fifth new business in the UK fails within its first five years and that the Bureau of Labor Statistics (BLS) had shown in the US that about 20 percent of new businesses fail during their first year of trading. Less than 50 percent of businesses succeed past the first five years of operation, and by the tenth year in business, about 65 percent have failed.

The results of maximizing economic efficiency that the market brings about is a result of the competitive process in which different firms engage with the central prize being chased is the consumers’ money. The lack of understanding of the competitive process of the market has led to the formation of a number of misguided notions, the most impactful of them being the notion of big businesses and market share.

Today big and successful companies such as Amazon are described as monopolies where its critics point to its increasing market share as indications of its market power. While amazon’s market share has been increasing over the last decade, its much lower relative prices and better services to consumers appear as a contradiction this worldview.

As we have seen earlier, the ability to satisfy the consumer in a better manner than one’s competitors leads to accumulation of money. Companies such as Amazon have been firms that have satisfied consumers in a much better manner than other firms, although this past success of a large market share doesn’t provide Amazon “monopoly power,” as critics believe.

Large market share in traditional economic theory states that since the firm has managed to satisfy the consumers in a relatively better manner in the past, it gains a hold upon its buyers whereby it can effectively set its own market rules and gain a significant profit rate. However, this belief is based on a misunderstanding of how the competitive process in markets actually works.

Large and successful firms such as Walmart and Amazon have significant portions of their own respective consumer market segments. While Amazon boasts of having the largest retail e-commerce market share of over 38 percent, a study found:

In 43 metropolitan areas and 160 smaller markets, Walmart captures 50 percent or more of grocery sales, our analysis of 2018 spending data found. In 38 of these regions, Walmart’s share of the grocery market is 70 percent or more.

Despite such levels of market power that these firms seem to enjoy among consumers, their net profit margins, which illustrate how much of each dollar in revenue collected by a company translates into profit, have been consistently low and had been decreasing during the periods where they had gained their respective market shares.

The path followed by the net profit margins in both these cases is not a random phenomenon but a result of the competitive process. Firms competing in the market for money look to undercut competitors in order to attract the marginal consumers toward them. This allows them to engage in monetary accumulation, demonstrated by the increase in revenue in both cases, but it is not the case, as the critics claim, that the gaining of market power of a firm allows it to overcome the discipline of the market and become monopolies.

Amazon’s net profit margin, despite its massive accumulation of money and a market share of almost 50 percent, has experienced only an addition of 3.28 percent. Walmart during the same period experienced only a nominal increase of 1.24 percent. The fact that the gains in net profit are low is a testament to discipline of the competitive process, in which even the possibility that a competitor can take away a firm’s customers keeps the big firms in line.

The growth of the Dollar Tree, which caters to the needs of middle- and lower-income groups by undercutting Amazon and Walmart, has been astonishing. Its revenue has grown from about $4 billion to $26 billion, working within some of the overlapping consumer base of Amazon and Walmart with a consistent average net profit margin of more than 5 percent.

These results demonstrate that a firm’s market share is no guarantee against facing competition. Firms that have been successful continuously find ways to reduce their costs and undercut competitors, while firms that accumulate large sums of money succeed by becoming more efficient in serving needs of consumers. Thus, inequality borne out of the competitive process is morally acceptable, as it is the result of the superior ability of an enterprise to satisfy consumers in an environment in which opportunities to satisfy consumer desires is afforded to all.