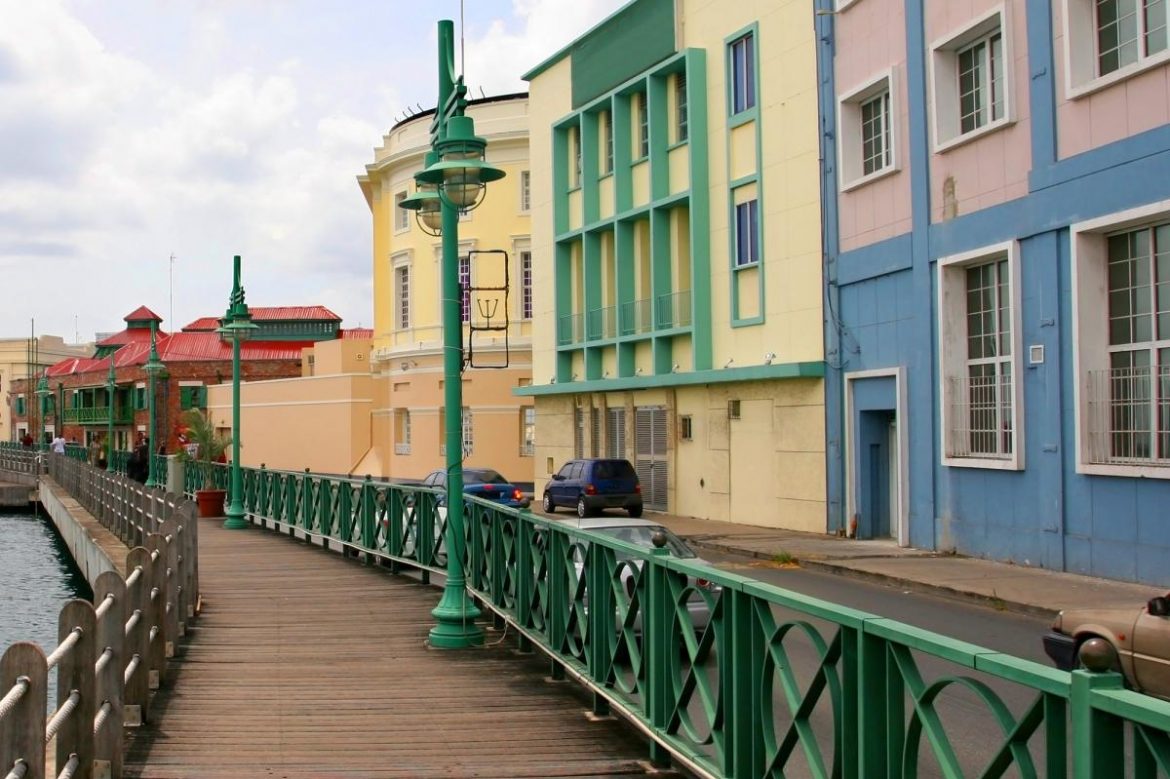 History and Institutions Matter: The Postslavery Development of Jamaica and Barbados

The success of Barbados relative to other Caribbean countries has unleashed a welter of studies explaining the ascendancy of Barbados. Frequently, Barbados is compared to Jamaica because they are both former colonies of England that attained independence in the 1960s.

More important is that Barbados and Jamaica were Britain’s most lucrative colonies in the British West Indies thereby making the study of their divergent paths particularly intriguing. Due to historical similarities, some surmise that variations in performance between Jamaica and Barbados are primarily a consequence of postindependence policies with Barbados adopting a less statist approach.

However, as historical sources will explain the success of Barbados is attributable to its institutional history and cultural profile. Historians like Trevor Burnard and Orlando Patterson contend that slavery in Barbados and Jamaica was excruciatingly brutal, but in a pathbreaking essay Patterson opines that because the landscape of Barbados limited the potential for the emergence of maroon communities slaves rationally calculated that revolutions were counter to their survival. The responses to slave insurrections were swift and brutal and in a small territory like Barbados there were few opportunities for alternative communities, so rather than being rebellious, slaves in Barbados found it more feasible to cooperate with the plantocracy.

Historian Barry Gaspar marvels at the fact that during the eighteenth-century Barbados failed to record insurrections to usurp the plantocracy. Rather than indicating the passivity of enslaved blacks, this suggests that the planter class could easily thwart conspiracies. Usually, slaves who were fearful of backlash would leak intelligence to planters, and the pace at which the state squashed uprisings often demotivated slaves from planning other revolts.

D.H. Figueredo and Frank Argote Freyre in A Brief History of the Caribbean show that brutal responses to uprisings created a deterrent to revolts: “There were uprisings in 1649, 1775, and 1692. The 1675 rebellion involved more than 100 slaves from plantations across the island. Betrayed by a female slave named Fortuna, the conspirators were captured. Half of them were executed. The rest were punished and sent back to plantations. The 1692 rebellion involved more than 300 slaves, nearly one-third of whom were executed.”

Such arrangements resulted in divergent socio-cultural realities. As Orlando Patterson observes in his fascinating article “Institutions, Colonialism, and Economic Development: The Acemoglu-Johnson-Robinson (AJR) Thesis in Light of the Caribbean Experience,” there was greater pressure for black Barbadians to conform to the culture of the white slaveholder class by appropriating British ideas.

In contrast to Barbados, Jamaica afforded more opportunities to erect maroon communities and unlike Barbados, Jamaica did not record a natural increase in the slave population so there was greater dependence on importing Africans who were disproportionately responsible for revolts. Therefore, due to the potent influence of African customs and wider options for rebellious slaves, black Jamaicans developed a creole Jamaican culture that often contradicted the cultural ideals of the planter class.

Based on the evidence presented so far it would appear to observers that geography occupies a central role in explaining the character of black Barbadians, but it is only a piece of the puzzle. In Barbados, there was a cultural selection for blacks expressing bourgeois traits. According to historian Hilary Beckles in his 2016 publication The First Black Slave Society: Britain’s ‘’Barbarity Time’’ in Barbados, 1636–1876, Bajan planters adopted a ruthless form of management that rewarded compliant slaves but punished unruly subordinates.

Enslaved workers were aware that the Bajan government was quite successful at squashing revolts, so they had an incentive to follow rules and execute their tasks in a timely manner. Because uncooperative slaves were either isolated or killed, Barbados had a greater supply of black slaves who were more likely to collaborate with planters and invest time in acquiring human capital to prepare them for freedom. Orlando Patterson refers to the behavior of black Barbadians as a “counter-hegemonic strategy of subaltern cultural appropriation.” Contrary to the musings of revolutionaries, black Barbadians were not passive, but rather long-term thinkers.

They understood that failing to appropriate British culture and institutions would never grant them the confidence of white elites to manage the country. Moreover, black Barbadians also knew that if whites felt threatened by their presence, they would be hesitant to transfer power. By demonstrating their propensity for compliance black Barbadians were engaging in the shrewd management of white officials by letting them think they were controllable so that they could be incorporated into senior management.

According to Orlando Patterson, this strategy was indeed successful:

So confident was the Barbadian elite of their control of the Barbadian working class that it was the only Caribbean Island not to abolish its system of elite representative government in the latter half of the 19th century in favor of direct “Crown Colony” rule from Britain out of fear that they were being taken over by the increasingly educated colored groups.

The Barbadian Assembly remained in place until the 1950s in the last century, a 300-year history of legislative continuity. Another expression of their self-confidence, appeared much earlier: the remarkable fact that the island’s police force was composed entirely of Afro-Barbadians by 1842, a mere 4 years after the final abolition of slavery.

Indeed, Patterson submits that Barbados is more developed than Jamaican because black Barbadians had greater exposure to managing institutions, as a result of the confidence that whites reposed in their abilities. The British were so impressed by black Barbadians they became quite useful to the imperial project notes Orlando Patterson:

As impressed by the disciplined work ethic, education, and lack of rebelliousness of Barbadians as were employers in other islands, the British imperial authorities by the latter half of the 19th century decided that Barbadians were the “smart” and loyal blacks, and proceeded to train and use them in its imperial expansion and consolidation in Africa, the Caribbean and Central America as they had done with groups such as the Sikhs and Gurkhas.

Evidently, blacks in Jamaica and Barbados inherited similar institutions, but black Barbadians inherited a richer history of institutional management than their Jamaican counterparts and this has entrenched striking differences in the economic performance of both countries. Yet we should not overlook the possibility that Barbados exhibits greater success than Jamaica due to the imprint of the Igbos.

The Igbos are known for entrepreneurial and intellectual excellence in Nigeria and across the world and from 1740 to 1810 the Igbo accounted for around 40 percent of all slave arrivals in Barbados. Jamaica also imported Igbo slaves; however scientific tests reveal that though most Africans who arrived in Jamaica were disembarked from the Bight of Biafra most Jamaicans are descendants of Africans who were domiciled on the Gold Coast. Igbos were usually taken from the Bight of Biafra, but slaves from across Africa were gathered in this region for export hence many of the captives were not of Igbo origin.

Historical sources assert that Igbos were admired for their civility and intelligence, yet they were also portrayed as soft and likely to commit suicide. On the other hand, Akan slaves from the Gold Coast were noted for being talented workmen with a proclivity for planning revolts. Considering that the management system in Barbados imposed immense pressure on slaves to conform in Barbados there would have been a more robust selection for the Igbo personality type than in Jamaica.

The case studies of Jamaica and Barbados illustrate that institutional history and culture can indeed shape contemporary development. Although both countries seem similar, deeper penetration of historical sources has shown that Barbados was already ahead of Jamaica long before gaining independence.