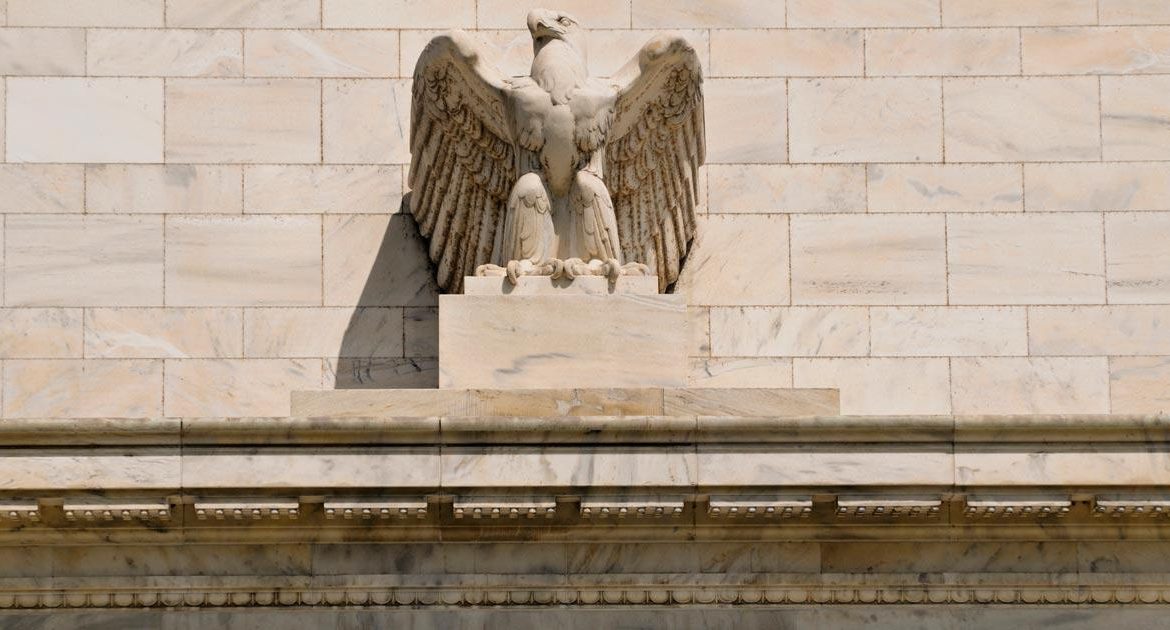 Delusion Reigns at the Eccles Building

Never in the history of the world has the financial well-being of so many been tied to the economic competence of so few. Yet what emerged from the latest Federal Open Market Committee (FOMC) meeting (March 15–16) indicates a complete lack of the macroeconomic fundamentals.

Given how wrong the US Fed has been in its forecasts of transitory inflation, one would hope that Fed officials would have questioned some of their basic assumptions, which led to such dramatically erroneous conclusions. Yet, they continue down the path of mistaking bubbles for growth, extremely frothy market valuations for solid fundamentals and the cheery market consensus for a stable equilibrium.

Make no mistake—we are in extreme bubble territories for the asset classes of equities, bonds (despite the recent routing, valuations are still very frothy—more on that later), and real estate. US GDP (gross domestic product) numbers these days are pretty much largely dependent on the reserve currency status and is just a pin prick away from a cascading collapse on multiple fronts. What lies ahead is sheer mayhem in the equities, bonds, and real estate markets, and consequently on the economy and currency markets as well.

A legitimate question at this point would be what has changed in the immediate past to convert what was an inevitable event to an imminent one? First, the fundamentals of the US Economy have been deteriorating for at least two decades, and it was the apparent low consumer price inflation despite all of the monetary inflation that masked the disease. Economists, investors, and the general public have been mistaking the equity, real estate, and bond bubbles (which are a direct consequence of the monetary inflation) as indicative of a sustainable economy.

Interested readers can read the complete FOMC minutes on the Federal Reserve website. We will just examine two aspects that are relevant to the current discussion.

Why Is Quantitative Tightening IMPOSSIBLE?

Let me explain. I am not saying that the Fed cannot embark on QT (quantitative tightening). They can, they have in the past (in 2018 under Yellen, and this was prematurely abandoned within a year due to adverse market conditions), and they will probably again do so in May. But they can NEVER take it through to the projected closure. They will have to abandon the attempt midway due to tightening liquidity conditions that would manifest in ways such as the junk bond markets freezing, repo crises, etc. What causes the reversal of the oncoming QT is impossible to speculate, but suffice it to say that some weak link in this domino chain will break.

For the same reasons that each round of QE (quantitative easing) was bigger than its previous version, each QT would be shorter as compared to the previous attempt. It is also a reasonable supposition at this point that this will be last (unsuccessful) attempt at QT and all that we will have after 2022 is only QE to infinity. Mises provides the perfect QE/QT analogy with that of a drug addict on an artificial high—the victim will require increasing doses overtime and the withdrawal symptoms from a higher level of dosage would be that much more severe and difficult to endure.

The Justification: QE is just a fancy way of stating inflation or monetization of deficits or buying assets that other investors / central banks will not buy, or at least not at the price at which it is offered. The US government has been running gigantic deficits to the tune of a few trillion dollars, and the US Fed has been buying up these treasury sales at pretty much “next-to-nothing” yields for the last decade. The pace has intensified over the years, as one can observe from the chart below.

The deficit of the US government for 2022 would be to the tune of $3 trillion. If the US Fed, which has been the biggest buyer of Treasurys in the last few years, now becomes the second biggest seller (after the US Treasury, of course) who is going to be the buyer? Even assuming they can find a buyer, at what price can such transactions be effective? The biggest buyers of these treasuries before the US Fed stepped in were the central banks of China, Russia and Saudi Arabia. It is doubtful that these buyers will return to the table for the foreseeable future. Not even the other “friendlier” central banks such as the Bank of Japan or the European Central Bank are going to step in, as they have their own inflation problems to deal with.

If at all such a sale can be effective, it has to be at yields that are substantially higher. The ten-year Treasurys have had a steep rise over the last couple of years—from 0.60 percent in June 2020 to 2.86 percent today—and this has been caused just by the talk of raising rates and QT even without a meaningful walk. To the common investor used to the gyrations of cryptos, this may not seem like much, but any bond investor will tell that this is indeed an unprecedented move. This ten-year could easily move to 5 percent if the US Fed continues with QT, and this would be devasting for the housing and bond markets. I think this current 2.86 percent on the ten-year is sufficient to break the housing bubble given a reasonable time of six to twelve months. If rates continue climbing, then we could well be talking about weeks and the Jeremy Irons “THIS IS IT” moment (from the movie Margin Call) will be upon us before we know it.

I have assumed a few months of QT in the current cycle, but QT could well easily be dead on arrival. Anybody who says the process of QT would be “like watching paint dry,” as then Fed chair Janet Yellen quipped in 2017, either doesn’t understand Economics or is just plainly lying.

The Reality of Stagflation

The Fed is forecasting stable unemployment and a cooling Consumer Price Index (CPI), and they will be wrong on both counts. Both the CPI and unemployment, even using the heavily manipulated US government data, are likely to be in double-digits over the next few years, and if measured accurately, the first digit is unlikely to be 1 on both counts.

The Justification: Given the bubbles the US Economy is built upon, the US Fed would have been content to keep rates at zero and persist with QE indefinitely but for the nagging CPI numbers. Of course, for decades, the real CPI has been higher than the reported CPI. They have managed this through hedonics, substitutions, owner’s equivalent rent, and other adjustments that understate the CPI. Even the march reading of 8.5 percent, a very high number by historical standards, dramatically understates the real inflation within the system. As John Williams of Shadow Statistics points out, if we use the same fixed basket of goods as we did during the 1980s, the CPI today will be higher than 15 percent.

So, the real numbers for inflation and unemployment even today are substantially higher than the currently reported government numbers. Nothing surprising about these self-appraisals, especially given that it is controlled by the political class. But the more important point is that we are closer to the trough than the peak in terms of inflation and unemployment numbers in the current malinvestments correction cycle. The massive misallocations of capital due to artificially low interest rates of the last few decades are in the early stages of being rectified. Such a correction from a position of extreme vulnerability, like the US economy is in today (i.e., trillion-dollar trade and budget deficits), has never happened, and as I have written before, the end game is going to be one for the history books.

The US Fed will probably start the QT2 process in May, which will lead to a near breakdown of the financial system within a few weeks or months. QT1 in 2018 lasted for nearly a year, but the leverage and the imbalances within the system are far greater today than it was in 2018. QT2 will then be replaced with QE (to infinity) in short order “to save the economy.” Quite unlike the 2008 to 2018 period during which despite the QE series CPI numbers remained benign, the effect this time around will probably be the opposite—courtesy of Cantillon effects. The to-be-announced QE (the Fed may not call it QE this time around though. The end result however will be a massive expansion in the balance sheet) is going to send even the manipulated CPI numbers well north of 10 percent.

At that point, whether the US Fed increases the fed funds rate or otherwise, the ten-year Treasury will continue to move northward with devastating consequences for the housing, bond, and equity markets.

How long will the bear markets continue? My guess is that the Fed will continue to lag behind the inflationary curve for at least the next two to three years. Over the medium term of the next three to five years, whether this economic crisis ends in a hyperinflationary depression, with the US dollar losing all of its value, or in a deflationary bust where stocks and real estate lose most of their value, with the dollar retaining a reasonable portion of its value, is something that only time will tell. But I would be inclined to speculate that the former is the far more likely outcome, by a wide margin.

If we learn from at least our own mistakes, the most sensible way forward would be to bring down the Eccles Building and never even contemplate replacing it with another.