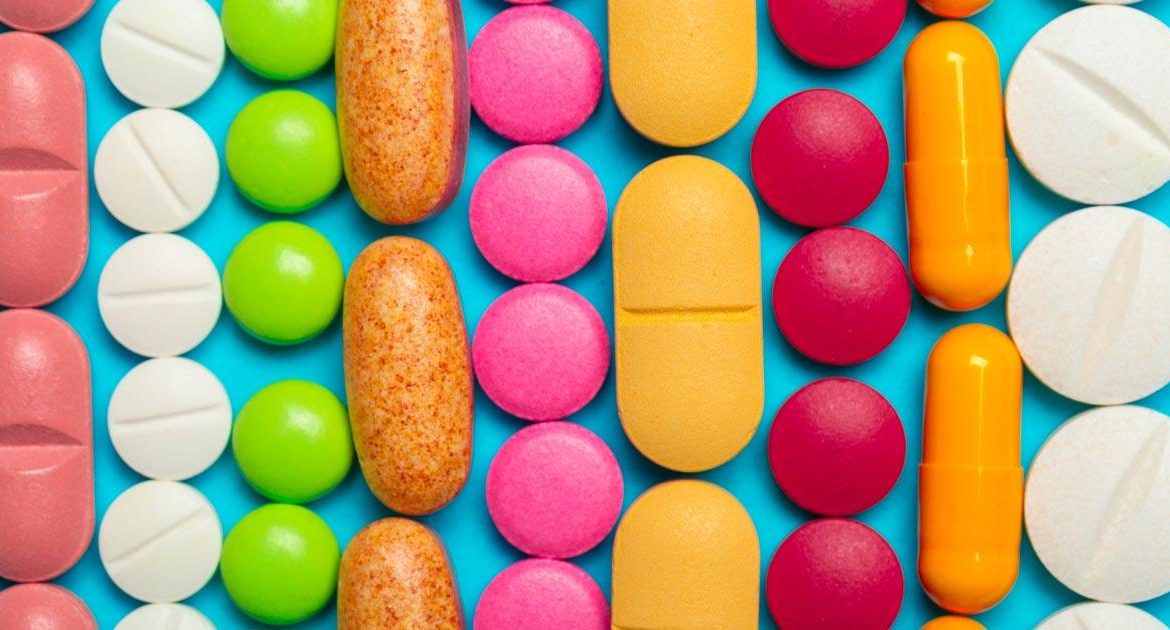 Postcovid America: Racked by Inflation, Americans Pay Too Much for Drugs

As inflation rates soar toward 8 percent in the United States, many are feeling the squeeze and will be looking to save money, but one place where price inflation is nothing new in America is drugs. Pharmaceuticals made in the US climbed in price by six times as much as everything else in a decade, reported the Journal of the American Medical Association in 2017.

This is the more tragic because soaring drug costs are driven by specific government policies. If one positive thing is to come out of the growing wave of skepticism toward Big Pharma fomented by the awful response to covid, please let it be that Americans take a second look at healthcare policymaking and demand some changes.

Mylan famously caused a scandal when they increased the price of EpiPen by 450 percent between 2004 and 2016 (adjusted for inflation) while the epinephrine in an EpiPen cost only around a dollar a shot. As the only legal supplier of EpiPen, Mylan could charge the public whatever they wanted.

The excessive authorization of government patents is one of the major drivers of the cost of drugs in the US. A paper in JAMA (2016) claimed market exclusivity was the most important reason why Americans spend more than twice as much per head on drugs as nineteen other industrialized nations. Pfizer, Biogen, Gilead Sciences, Amgem, AbbieVie, Turing Pharmaceutical, Envizo, Valeant Pharmaceuticals, and Jazz Pharmaceuticals (to name a few) have all benefited from price gouging on monopoly healthcare products. Silver and Hyman recount countless examples in Overcharged: Why Americans Pay Too Much for Health Care (2018), at one point writing:

Martin Shkreli, the now-infamous “pharma-bro” … gouged AIDS patients by raising the price of a drug called Daraprim from $13.50 to $750 per pill … Shkreli … revelled in the attention and enjoyed trolling his critics. When he held a charity raffle in which the holder of the winning ticket got to punch him in the face, he boasted of having received an offer of over $78,000.

Patents on drugs are thought to spur innovation, but the reality is that they create industry incentives that actually lower the quality of healthcare available while pushing the price of drugs through the roof. It has been claimed that were there no patent laws and free competition in the pharmaceutical industry, many vital drugs would come within the price range of a simple ibuprofen. The reason for this is that once drugs have been invented, they are relatively inexpensive to manufacture.

In the meantime, the American people are not just being fleeced on drugs over the counter, but also through the tax system by drug companies charging monopoly prices to the government. Pharmaceutical firms know there are millions of people on Medicare and Medicaid who will demand drugs at monopoly rates because they never see the price tag.

This is a grand corporatist scheme that shovels billions of dollars of public money into private hands. For example, in 2014 Gilead Sciences introduced a cure for hepatitis C named Solvadi and marketed it at the astronomical price of $1,000 per pill. The cost of treating every American infected with the disease would have run $268 billion, about similar to the amount that Americans were already spending on all prescription drugs that year. Medicaid budgeted $1.3 billion to pay for Solvadi, but when faced with rationing, Hepatitis C sufferers filed a class action lawsuit in which they accused Medicaid and private providers of violating the law by refusing to cover medicines that were approved by the Food and Drug Administration (FDA). In other words, they expected the government to pay $1,000 per pill!

Even people buying their own drugs end up having to pay prices that are inflated because they are competing as buyers against government and private insurance companies that are willing to shell out for them. To add insult to injury, people are even overcharged on patented drugs that they themselves paid for the research on! One study revealed that over half of the most transformative drugs invented between 1984 and 2009 had their origins in research that was supported by the state. Publicly funded universities and government organizations, like the National Institutes of Health, often lend research staff or funds to private developers.

Far from incentivizing innovation, patents are encouraging companies to fiddle around with already existing treatments instead of developing better ones. Corporations are often allowed to “evergreen” (or “repatent”) their drugs just by tweaking them ever so slightly. For example, the manufacturer of Prilosec, a remedy for heartburn, extended its monopoly by getting a second patent on the pill’s coating, allowing them to remain the exclusive provider of the active ingredient.

It’s no wonder it has been reported that 85 percent of new drugs are no better than the drugs already available! Companies simply withdraw the original drug from the market, forcing physicians to issue the new, more expensive one. The new drug is not qualitatively different from the previous one; it just has a fresh patent. Researchers Robin Feldman and Connie Wang published a study reporting that between 2005 and 2015 at least 74 percent of the drugs associated with new patents in the FDA’s records were not new drugs but existing ones.

When a new disease comes along, it’s arguably far better to treat it with an already existing drug invented to treat other illnesses than to develop a brand new one for it. This is because we know a lot more about the safety profile and side effects of pills that have long been on the market. Patents discourage finding new ways to use older drugs because investors would much rather have the market exclusivity granted by a patent than use a safer drug that is already available in a generic form. This came into focus during the coronavirus pandemic, when already existing treatments were ignored while the medical industry rushed to put out a vaccine that was guaranteed to bring in billions, with the taxpayer footing the bill.

When Dr. Jonas Salk discovered and developed one of the first successful polio vaccines, he was asked who owned the patent, and famously replied, “Well, the people, I would say. Could you patent the sun?”

At that time, however, it took a relatively short time—and a fraction of what it costs now—to bring new treatments to patients. In the past, the competition would have to reverse engineer a drug in order to provide it in a generic form, and this would take some time. Now, it’s mandatory for companies to reveal their pharmaceutical compounds and make their production processes public during the FDA review process. They are not allowed to use trade secrets. This means that by the time the review process is over, other companies already know how to manufacture their drugs. As a consequence of this mandatory, open-book policy, the pharmaceutical industry depends on extreme monopoly prices and patents to recoup research costs that are artificially heightened by the complexity of the FDA’s regulatory system.

Mary Ruwart, former medical researcher and author of the astonishing book Death by Regulation, explains that patents wouldn’t be necessary to ensure that pharmaceutical companies could make a profit if the regulatory system were more reasonable. She writes that between 1962 and 1980, excessive government regulations extended the time it took for a new drug to get from the lab bench to the marketplace from four years to fourteen years. Not only would this increase the cost of bringing drugs to market and increase the price to the consumer, but it would also give the competitors of drug companies plenty of time to copy their work.

The government, in essence, hampers the pharmaceutical industry with the left hand and protects it with the right. Companies complain (somewhat understandably) that their costs are artificially heightened by excessive regulation and that they have no room to make a profit without patents. Especially in an environment where (allegedly) only two out of ten drugs brought to market turn a profit. So, the government has to protect the industry’s bottom line in the interests of the public good. In the end, it’s the public that pays for everything. The research studies, the regulators, the patent protections, the profits; everything is built into the inflated cost of a pill.

There are at least four more reasons to doubt whether patents confer any net benefit in terms of healthcare innovation at all. The first is that patents prevent would-be inventors from mixing recent developments by others with their own “add-on” ingenuities and bringing them to market promptly.

The second is that patents deter companies from researching products similar to those their competitors are researching that may appeal to the same or slightly different demographics, because if they are beaten to securing patent rights by a narrow time margin, all their research spending money is wasted.

The third is that the incentive to secure monopoly rights can serve as a deterrent to sharing research and collaborating in order to keep costs down and preserve profit margins on a final product, because companies are participating in a winner-takes-all system.

The fourth reason is that when one company has a monopoly on the product that serves most people that have a particular condition, there may be little reason to develop drugs for people whom the product does not fit. The research costs will often outweigh the risk of not turning a profit. Let’s take the case of Viagra, which is a very imperfect drug for the treatment of impotence for several reasons. In some people, it causes bad side effects ranging from headaches to stomach pain, and it takes more than an hour to kick in, meaning intercourse must be planned for and cannot happen spontaneously. For most patients suffering from the most severe issues, resulting from nerve damage due to diabetes or prostate cancer surgery, it doesn’t work at all. And for people who need to take it indefinitely, it becomes less effective over time and eventually stops working.

Clearly there are good reasons for other treatments for impotence to be developed, but despite the shortcomings of Viagra, it is only now that the patent on it is fast running out that interest been renewed in developing alternatives. Had the drug not been patented in the first place, other companies would have been looking to find other treatments that could compete with Viagra, and no doubt some of them would be better than it in at least some respects.

One alternative to restricting the supply of healthcare products by giving companies exclusive monopolies on supplying them is to offer prizes to the original creators of new drugs. In 2007, the US federal government offered the prize of a “priority review voucher” (PRV) that a successful drug maker could use to shorten the FDA approval time on a drug for certain neglected diseases. Winners could even sell their vouchers to other drug companies if they wanted. United Therapeutics reportedly received $350 million from another drug manufacturer for the PRV it won for developing a cancer treatment for young children.

This kind of approach could serve as a temporary fix, but really what is called for is a tremendous loosening of regulatory restrictions on drugs and the relaxation or abolition of patent laws. Drugs can be certified as safe and effective by third parties rather than government regulators, in the spirit of Underwriters Laboratories, which is widely trusted give its seal of approval to electrical appliances. This will remove the inevitable temptation for government and insurance companies to jump in bed with Big Pharma to profit at our expense.