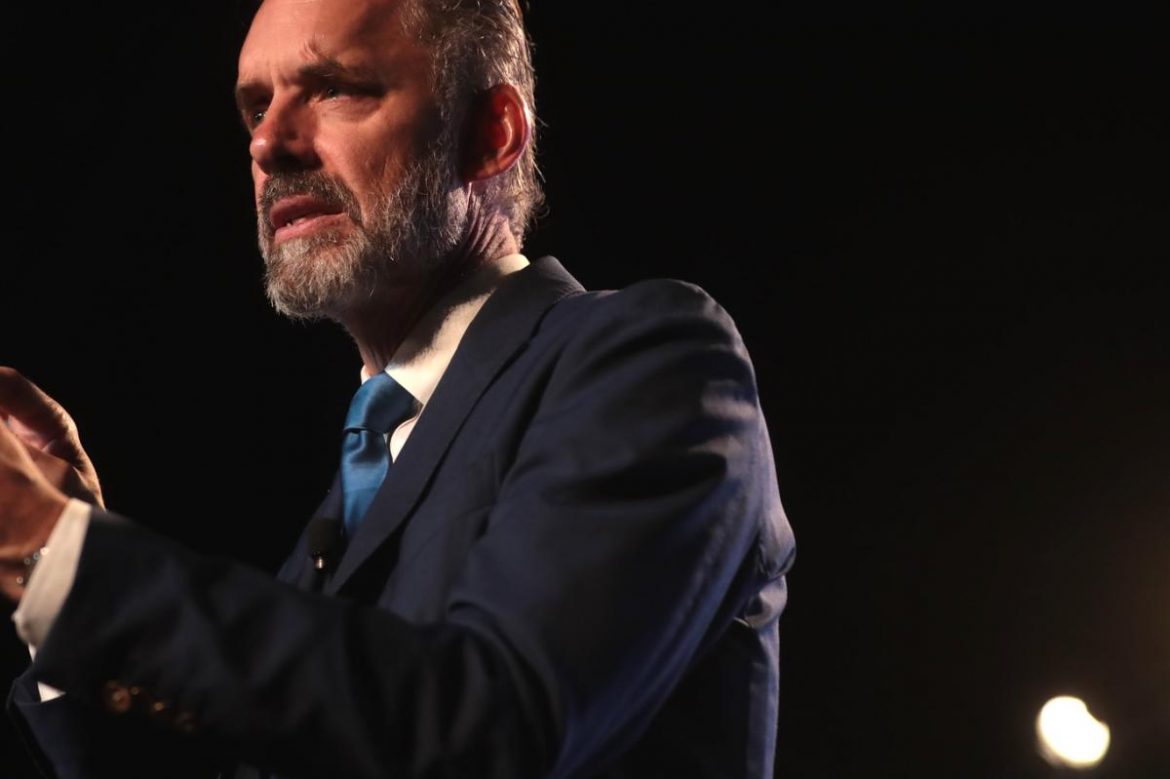 Jordan Peterson is a Canadian psychologist, lecturer, and intellectual with a comparative advantage in enraging the left-establishment elites. That’s a valuable trait on its own, but Peterson’s more profound contributions to cultural and intellectual life in the 2010s and 2020s lay in his YouTube lectures, books (primarily 12 Rules for Life and the recent Beyond Order), and public lectures that have drawn millions of people for deep conversations about biblical stories. It’s safe to say that his words have influenced and inspired countless people, improving life for one of the most overlooked and derided demographics in the West today: young, white, working-class men.

The connection to Austrian economics and monetary regimes is not obvious, but it’s there. A few years ago, Jonathan Newman reflected that Peterson’s lecture series Maps of Meaning “presents a framework for human action with many similarities to that of Mises and Rothbard.” With extracts from Jordan Peterson, Ludwig von Mises, and Murray N. Rothbard’s work side by side, we see the striking resemblance in how these intellectuals see things like subjective valuation, the uncertainty of the future, and the role of action as demonstrating preference.

Last year, Peterson interviewed both Bob Murphy and Saifedean Ammous explicitly to try to learn about the Austrian school and about bitcoin. Before that, he had had a ninety-minute conversation with four major bitcoin personalities to learn more about sound money and the current monetary system. After the conversation with Ammous, Peterson announced that he had acquired bitcoin for himself.

In early April, at the premier bitcoin conference organized by the parent company of Bitcoin Magazine, BTC Media, Peterson was interviewed by Tuur Demeester for almost an hour and delivered a ringing defense of capitalism. Clearly, Peterson has absorbed much of the Austrian thinking he has been exposed to over the last year.

Peterson described himself “as somebody who regards the free market as an existential necessity.”

Markets are the very calculative mechanism that aggregates individuals’ values into a decentralized whole. Nobody is in charge of London’s bread production, yet anyone in that city in the mood for a sandwich can easily acquire one. It’s the entrepreneurial function of an economy’s businessmen that makes this possible. Guided by the prices of inputs, an estimation of what consumers would pay for the product, and the allure of the profit that could follow, entrepreneurs put their wealth on the line. With skin in the game, businessmen supply value to others. If those others don’t see the value of what a business has produced or they don’t back words with monetary action, said business will be selected against in the free market.

“The most appropriate way to understand something is to try it,” Peterson said, and that’s what entrepreneurship is. He discussed, at length, the troubles of an entrepreneur bringing a product to market, how to think about pricing, and profit as a guide for validating value brought to consumers. The fundamental ethics of capitalism follow:

In a free market system, you have to offer people who could choose otherwise—freely—something they value—freely—then you have to deliver it, and it has to work reliably. All of that is ethical…. If I don’t do that, I’ll develop a very bad reputation very, very rapidly.

His advice to those giving their entrepreneurial ventures a try is to not “be defensive on the ethics of your capitalistic enterprise”:

You should be on the offensive, claiming, forthrightly, that what you’re doing is profoundly ethical—that you’re providing free people, free customers, the option to make free choices about what they value. It’s like: what’s wrong with that?

The audience applauded loudly in approval. Running a business is ethical; capitalism is directed toward providing value for your fellow man. What, indeed, is wrong with that?

The Tilt toward Totalitarianism

Third parties can’t make value judgments on behalf of others. Austrian economics holds the subjective individual evaluation of means and ends in such high regard that it’s considered a foundational axiom of the praxeological edifice.

Peterson seems to have embraced that Austrian insight, rallying against the interventionist and nudge kind of political proposals to have consumers act (more) according to the interest of some ruling entity. Peterson admits that it would be fine for government agencies or large corporations to guide our behavior like that if they could be right in their assessments—which he quickly objects that they could never be. You can’t make value judgments for other people:

One of the fundamental axioms, in some sense, of a free market system is that the only way to properly compute the value of the emerging horizon of the future is by sampling—and perhaps summing—the free choice of a multitude of free agents. There is no central planning way that even in principle can substitute for that.

Instead, what the entire economic market system does is use

the array of choices that everyone makes as the mechanism that values new things as they emerge. Central planning types, they think they can just jump over that and save the planet, let’s say…. They think they can subordinate that computational mechanism to some sort of ethical or procedural algorithm.

… there is no central planning way, even in principle, that can substitute for … the free market system.

as soon as you subordinate free market mechanisms to central planning ethical dogmas, you catastrophically affect the economic system in a detrimental manner, but you destabilize the entire society and tilt it towards totalitarianism. We haven’t learned that yet, because there’s always a new generation of people that think that they’re smart enough to plan the world.

To all aspiring central planners out there: despite your credentials, you are not smart enough to plan the world. So, please, stop trying.

What separates Austrian economists from non-Austrians, in Peterson’s view, is the humility to accept that controlling a chaotic and complex system is not an option. Any complex process is going to have corrections—unintended consequences. Explicitly referencing areas as diverse as bank bailouts, the business cycle, and forest fires, he points to a greater truth: non-Austrians “think that they can smooth out those corrections and Austrians think that you should just let the corrections happen as locally as they possibly can.”

More importantly—just leave them alone. Not because those who suffer because of bankruptcies or financial crises are not worthy of help, but because “your attempts to smooth out the corrections are actually going to amplify them and make them worse.”

Jordan Peterson has come a long way on his Austrian journey.