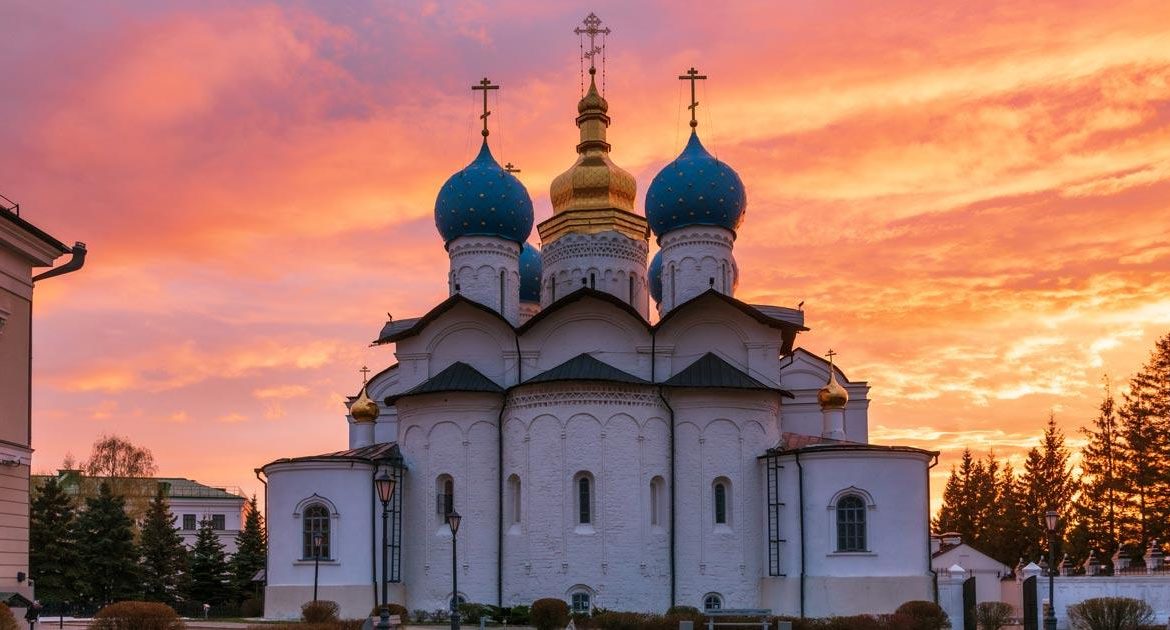 Russia’s invasion of Ukraine has brought all sorts of debates and revelations into the limelight, ranging from the laundry list of interventions enacted by the North Atlantic Treaty Organization (NATO), as well as Russia, along with demands for the West to impose all sorts of sanctions. Within libertarian discourse, there has been great care to avoid siding with either party, out of sheer distaste for the cliché of choosing a lesser evil. What seems to have been left at the periphery since this invasion is the Russian affinity for pan-Slavism and autocracy.

This is not to minimize the state-centric chain of events that culminated in the invasion, which the realist perspective will certainly choose as its focal point, nor is it to ignore the espionage secrets that litter Vladimir Putin’s ascension to his presidency. But there may be something to be said as to how future historians and political scientists will come to view the crisis as merely another stepping stone in Putin’s trajectory toward cementing the autocracy that has long been the fetish of Russian conservative philosophy and using it to revive the dream of a united Slavic region over which he rules supreme.

The zeal with which Putin blatantly attacked Ukraine is not merely a new entry on another list of state-spearheaded aggression and imperialism; it epitomizes a conservative intellectual subtradition native to Russia and which dates as far back as the mid-nineteenth century known as pan-Slavism, which, in a nutshell, is the advocacy for a unity or a “great nation” composed of Slavs, the ethnolinguistic group largely found within central and eastern Europe and Russia. Intertwined with this ideal of Slavic unity are that same tradition’s defense of autocracy and its propensity for antagonizing the West. Putin’s autocratic chutzpah is not the result of one sketchy president deciding to take a leaf out of other leaders’ playbooks to expand his territory; it is, as Paul Robinson writes in Russian Conservatism (2019),

a restoration of authoritarian government in Russia and the end of the liberal democratic system supposedly established under Yeltsin.

The Russian conservative pride for autocracy stems from its continual need to consolidate itself as the opponent of the West and its traditions. In that vein, historian Mikhail Pogodin’s (1800–75) “Norman theory of history,” as Robinson describes it, defended autocracy as being fundamental to Russian national identity and far superior to the foundation of Western European states: Pogodin perceived the latter as having been born out of foreign invasions that resulted in a privileged elite of rulers, the impact of that being the creation of multiple classes constantly at war with one another and the subjugation of the lowest classes to the whims of their rulers.

He claimed that in contrast, the Russian state had begun in AD 862 with an “invitation” to the Viking prince Rurik to establish a dynasty and rule over the Slavs as a benevolent leader. Cynthia Whittaker confirms this “dynastic” school of thought and how it was viewed by the conservative “Slavophiles” as a testament to the pragmatism and foresight of the Russian people:

For the dynastic school, the invitation to Rurik demonstrated, that like any other people, the Russians recognised the need for an illustrious ruling clan, which “by dint of a single blood for the common good, could unite the Slavic peoples into a single tribe under a single rule.” Once Rurik “established autocratic power,” simultaneously Russia came into being and immediately “flourished”, to use the most common verb (tsvesti) attributed to dynastic leadership.

This genesis of a nation led to the propagation of the idea that all things Western, such as its pathological lust for rationalism and individualism, were foreign to Russian ideals and had no place within society. However, like all states that take great pride in their founding and their uniqueness, be it Britain or the US, the Slavophiles saw no reason to restrict the greatness of their civilization to their own country: they envisioned a greater Russian world (Russkiy mir) that transcended Russia’s borders and which would be the bulwark against Western imperialism.

With this conception of its destiny as a nation, Russia in its nineteenth-century foreign policy aimed to enact its indulgent messianism through the doctrine of “official nationalism”: this was the manifestation of the third principle of the Russian Empire, “nationality” (narodnost’), next to autocracy and orthodoxy. Following a series of revolts and tensions, Russian officials saw the imminent nationalization of neighboring ethnic groups as a way to solidify the validity of the sociocultural values that they perceived to be universal. Needless to say, the desires and concerns of those the Russian state selected for subjugation were nary brought up within the circles of the well-read Slavophiles, as Karel Kramář (1860–1937) wrote in 1926:

Kramar’s firm advocacy for a united Slav empire was also rooted in his anxiety vis-à-vis the “historical Teutonic expansionism.” This same principle of pan-Slavism would be put to good use in the Soviet Union; despite the presumption of Bolsheviks expressing nothing but vitriol for Russian cultural norms of the past, even they could not deny the strategic benefit of assimilating neighboring countries into their sphere of influence.

Putin’s crowning moment came from the ashes of Boris Yeltsin’s time as president of the Russian Federation; following the collapse of the Soviet Union, Yeltsin’s attempts at establishing a liberal democratic order akin to the UK-stained Western liberalism were calamitous in the eyes of Russian citizens, who now hoped to witness the reemergence of a strong authoritarian state. Robinson lists Putin’s measures to ensure internal control, such as taking back the critical oil and gas companies and assuming a paternalistic role over regional governments. With his citizens kept in a tight grip, he could now shift his focus to Ukraine.

In keeping with the tradition of his predecessors, Putin put great stock in defining the Russian national identity by its history, values, and traditions. This naturally meant redefining Eurasia’s identity as a whole in favor of pan-Slavism.

Following great change in Ukraine in 2014, Putin reinvigorated the initiative to expand the radical nationalist agenda in the international political theatre, and Robinson lists the key elements this would have to include: a revival of the Russian Orthodox Church, centralization of political authority, growing Russian nationalism, increased tensions between Russia and the Western world, and socially conservative legislation.

It should therefore come as no surprise that the Russian Orthodox Church has endorsed the invasion of Ukraine, seeing it as a necessity to secure the culture against whatever metaphysical bunkum it sees as a threat.

This invasion is not the decision of one man to spew his tyranny willy-nilly. It is the product of an inherently statist culture that to date has survived several upheavals by virtue of the numerous delusions and appetites cultivated by its intellectuals over the course of a century; intellectuals who view the state as an absolute must will defend this invasion as a gloriously bold move, even half a century from now.