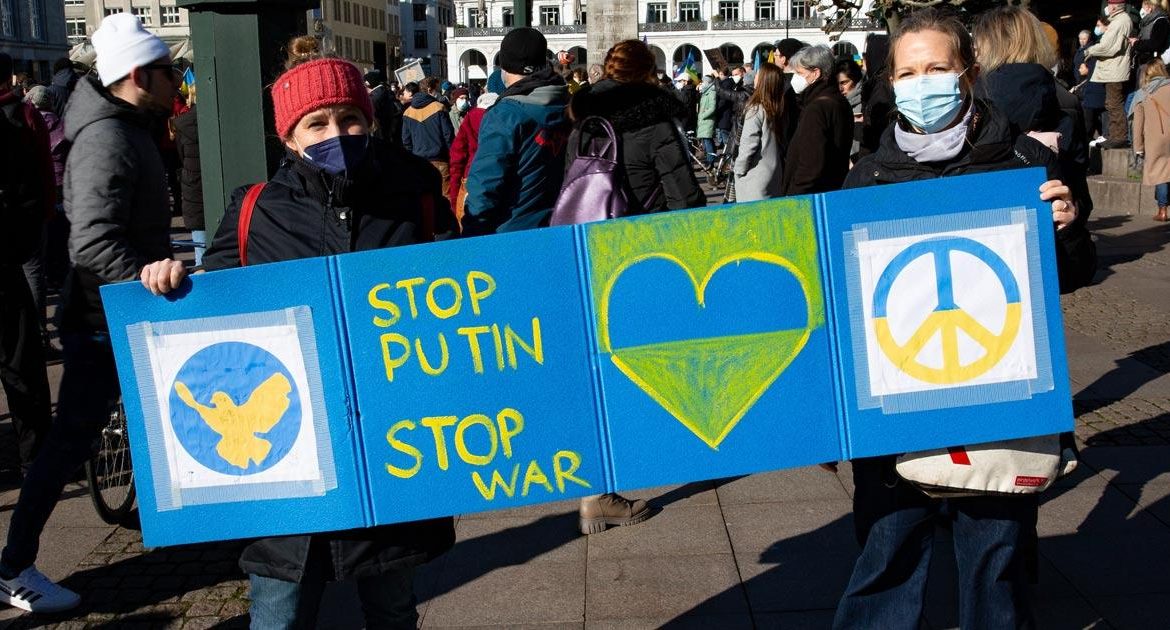 The State: It’s Oligarchs All the Way Down

The standard history of post-Soviet Russia goes something like this. During the Soviet era, there were no real prices because of the Communists’ incessant, blanket meddling in economic activity. Nobody knew what anything was really worth. Not a loaf of bread, not a mine full of uranium. It was all owned and redistributed by the state. When the Soviet Union collapsed, the state of course disappeared. Suddenly, there were no prices, and no owners. It was like a gigantic economic free-for-all. A “Wild West,” as the saying goes. Everything was up for grabs.

In a fashion that Mises readers will immediately understand as textbook Hoppean-Rothbardian, in the midst of this chaos the worst of the worst rose to the top. The hyenas moved in to tear at the Soviet carcass. Ruthless and cunning opportunists took over formerly state-run factories and extraction operations. A kind of national gang culture emerged, and the logic of this gangland mentality worked to sort out the spoils among the strongmen. Some people, those who were particularly well endowed with craftiness, came out ahead, appropriating to themselves billions upon billions of dollars’ worth of oil, gas, and mineral rights, among other commodities. Those nouveau riche from the Russian criminal class we now call “oligarchs.” And the king of all the oligarchs, the baddest dog in the junkyard, turned out to be a former KGB colonel and deputy mayor of St. Petersburg, Vladimir Vladimirovich Putin.

A by-now-infamous 2009 episode in the Russian town of Pikalyovo sums the whole thing up perfectly. Prime Minister Putin (then on theatrical break from his main job of president) showed up to order a factory complex restarted so thousands of breadwinners could get back to work. One of the factories was owned and supplied by Oleg Deripaska, one of Putin’s rival oligarchs. Putin humiliated him at a public meeting, ordering Deripaska to sign an agreement which would reopen the factory complex, thereby showing the world that Putin was in charge of every operation in Russia. When Deripaska had signed the agreement, Putin twisted the knife by making Deripaska return to him his pen. Oligarchs gonna oligarch. Putin is the man, and he will show up in any town to have a shootout with anyone foolish enough to cross him. One big O.K. Corral: this is how most of us in the West understand Russia today.

But let us think a bit more carefully, going back to our Hoppe and Rothbard for help. What is a state? A state is a gang of criminals. A state is organized crime on a massive scale. A state is oligarchs everywhere. It always is, always has been. Political scientist James C. Scott’s most recent book, Against the Grain (2017), details how the “earliest states” preyed on human endeavor. States extract protection money (euphemistically called “taxes,” sometimes also called “tribute” or “war bonds”) from as many people as the criminals who sit in the state’s central chambers or on the state’s throne can reach.

Russian oligarchs post–Soviet era are hardly unique. States are just this, just as we see in the relationship between Putin and the beta oligarchs. The only thing shocking about the Russian case is that it is more transparently corrupt than usual. Most states clothe their theft behind anthems and flags and tales of heroic deeds. The Russian Federation lost its politico-mythic backing when it rose out of the ashes of the USSR. But it is trying to get it back. Stalin has been rehabilitated in Russia as a great man. Putin’s invasion of Ukraine will one day be remembered as the glorious sacrifice of the brave for the motherland. All states are gravity fields for propaganda and fake news. Give Russia time, and she will look just like all the other states again. You won’t be able to see through the shop windows the smash-and-grab going on inside. Everything will look grand and state-like. The Russian state will normalize, and nobody will call its elite “oligarchs” anymore.

Thus, statists have a natural incentive to legitimate one another’s plundering schemes. Presidents and prime ministers and kings drink to one another’s health at sumptuous galas paid for with private property taken from all the rest of us (who never get invitations to the ball). I wouldn’t be surprised to find crowns and ermine capes coming back in fashion among state leaders soon. Statists think they’re gods, and they act like they own everyone else’s money. Not just Russia, not at all.

Indeed, this Hoppean-Rothbardian insight, that states are basically groups of oligarchs who give themselves titles and medals, can be expanded far beyond the Russian example. For if the current crop of Russian oligarchs are just standard statists, then the narrative about the collapse of the Soviet Union must also be called into question. It wasn’t that the Soviet Union collapsed, in this sense. It was that one form of oligarchy gave way to another, with a messy period of transition in between. The Soviet Union was “Communist,” but communism was never about the equal distribution of wealth or the alleviation of social problems. As Hoppean-Rothbardians, we must not take statist excuse making at face value. Communism was, and remains, a system for gathering total social and economic control into the hands of a very few. In other words, a cover story for oligarchy. The current Russian oligarchs aren’t doing anything new. Before them there was Stalin, of course, and Brezhnev and Khrushchev and Lenin, and the handful of other divines who took everything from the Russian people and lived in opulent palaces with servants and harems and caviar.

And it isn’t just Russia. What state does not have oligarchs running it? It’s a trick rhetorical question, because, as I’ve been saying, states and oligarchies are the same thing. Communism, democracy—it’s all from the same barrel. Unjust enrichment comes in many different flavors. But the main ingredient is always taxation and consolidation of ownership into the hands of the elite. The exclusion of the hoi polloi from the fruits of their expropriated labor is what makes the state the state. There are grand halls and massive monuments in the state’s capitals, marble utterances of the state’s political theology scattered across the land. The state has its own saints and martyrs, its own calendar of holy days. The state is a kind of religious ritual, only the tithe is not optional. And it’s a lot more than 10 percent. That’s what a state is, theft dressed up as solemn duty. People die all the time for the state. Graveyards are filled with the state’s dead. The state charges the bereaved for those cemeteries’ upkeep. More taxes. No matter what happens, the state always wins in the end.

So let’s use this knowledge to examine the current situation in Ukraine. A world-class oligarch, who relaxes in a Russian Versailles, is going up against a very minor Ukrainian oligarch to his west. This arriviste oligarch has the ambiguous backing of a massive cabal of big-time oligarchs in Western Europe and the United States. This cabal calls itself the North Atlantic Treaty Organization, and it is a very exclusive club. Members have access to an impressive array of security options, including all the best equipment of some of the biggest militaries in the world. The ostensible leader is the American president, whose son has grown extraordinarily rich by conspiring with the oligarchy in Ukraine, where the North Atlantic Treaty Organization oligarchs are now glaring across the borderlands at the oligarchs in the Kremlin. The Atlantic oligarchy wants to crowd in on the turf of the Russian oligarchy, and a Ukrainian oligarch is caught in the middle. The people who are normally taxed by the oligarchs are also the ones who are being shelled and who are being sent out in tanks to do the shelling. More deaths for the glory of the state—which doesn’t exist, being simply a euphemism for “oligarchy.”

There is more. An upstart oligarchy in Beijing hovers over the tense scene, appearing ready to broker “peace” among the other oligarchs when its own interests will be best served. And the Beijing oligarchy has its own coterie of beta oligarchs, including the tribute bearers in Taiwan, Hong Kong, the Korean Peninsula, and Japan, all of which are filled with political cronies with access to their own income streams ultimately deriving from the paychecks of lowly taxpayers. When the time comes, the taxpayers in those places will also die for the oligarchs. American Marines are on Okinawa waiting their turn to die, too. The oligarchs are going to live, though. They are going to do just fine. War and peace—the oligarchs make money either way. “L’état, c’est moi!” Yes, exactly.

The fact that the United States Department of Justice managed to slap sanctions on Russian “oligarchs” in record time after Putin’s invasion of Ukraine, and is now deploying a special “task force” to appropriate the property of Putin and his network of grifters, tells us everything we need to know about what is going on in Eastern Europe right now. The task force—can you believe the chutzpah?—is aimed at “Russian Elites, Proxies, and Oligarchs.” Abbreviation: REPO. The state taketh, and then the state taketh some more.