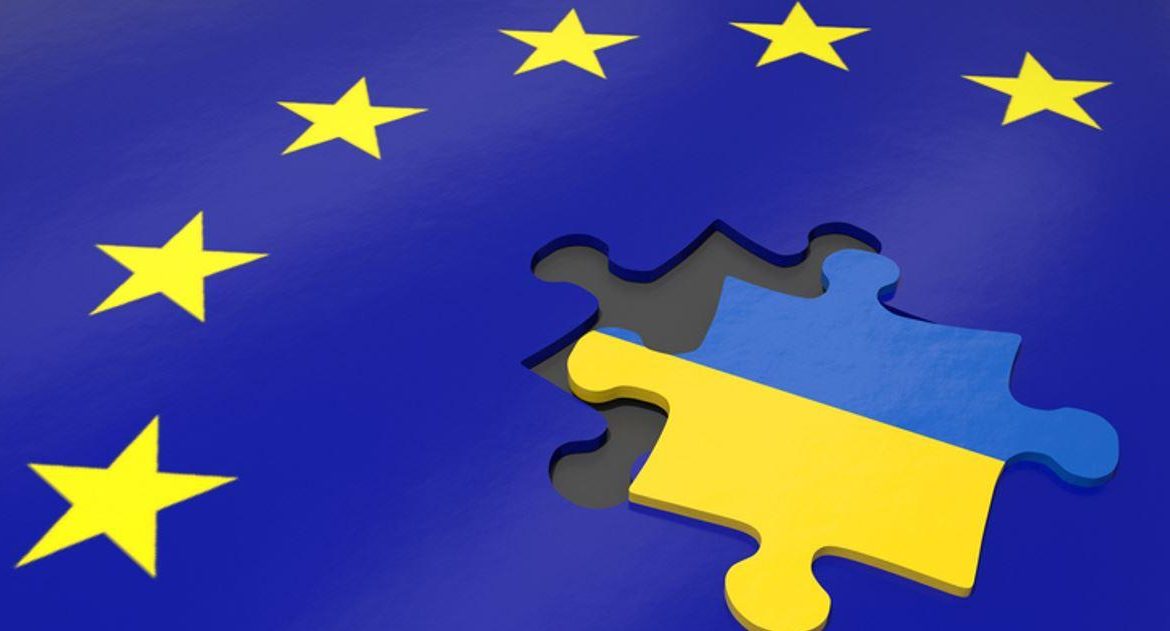 If Ukraine Joins the EU, It Will Be the Poorest Member by Far

Within days of the beginning of the Russian invasion of Ukraine, the Ukrainian regime applied for membership in the European Union. This is understandable from the perspective of Kyiv. If Ukraine is going to be denied membership in NATO—as increasingly looks to be the case—The Ukraine regime could nonetheless increase its geopolitical connections to the West by joining in the EU. Moreover, given the fact the EU is moving toward creating its own EU military institutions, EU membership could mean membership in a Western military pact.

The response of many EU members to Ukraine membership has been “ok, but not yet.” This response is understandable from anyone with familiarity with the actual economic situation in Ukraine. Ukraine is very close to being the poorest country in Europe, and would bring very little to the EU in terms of economic productivity. Rather, Ukraine would likely become a drain on the EU’s development and poverty-relief programs which have already spent more than 20 years flooding the poorer parts of the EU with wealth produced in the richer parts. That is, wealth has flowed for decades from the north and west of Europe into the east and the south.

Adding Ukraine would make this mismatch even more extreme. Moreover, Ukraine has been an exceptionally poor performer in terms of economic growth, corruption, and property rights, even by the standards of other former Eastern Bloc states. In other words, economic progress and property rights in places like Poland and Hungary and the Baltics have forged ahead while Ukraine has fallen further and further behind.  If Ukraine does join the EU, Ukraine will be Europe’s biggest “charity case” to date.

Ukraine Is Poorer than Albania and Bosnia

Most of Europe’s poorest states are that way because of a legacy of communism. Any state that has been subjected to communism for any significant period of timed is going to find itself much poorer than the West. We can see this in the fact that former East Germany is to this day the poorest part of Germany, even after being propped up with West German welfare for 30 years. Not surprisingly, the other states of the old Warsaw Pact have similar disadvantages. Much progress has been made since the collapse of the USSR, but Ukraine isn’t in the same league with other former Iron Curtain states.

Today, Ukraine is close to being the poorest country in all of Europe. If we look at all the states of Europe—excepting the microstates (which tend to be rich)—Ukraine is third-to-last with its GDP per capita at $12,376. In Only non-members Moldova and Kosovo come in lower at $12,324 and $10,795, respectively.  This puts Ukraine well below the EU’s currently poorest member Bulgaria. Bulgaria has a GDP per capita of $22,379, 80 percent larger than Ukraine’s.

Ukraine’s per capita GDP is a small fraction of wealthy EU member states like Germany where the GDP per capita is more than four times the size of Ukraine’s.

If we compared Ukraine in a global context, we find Ukraine’s GDP per capita is similar to Iran, Egypt, and South Africa. Mexico’s per capita GDP is 44 percent larger than Ukraine’s.

Ukraine’s poor performance compared to other former Eastern Bloc countries has not escaped the notice of many observers. To this day, many continue to wonder what underlies the problem. Basil Kalymon and Oleh Havrylyshyn write:

Ukraine should have been a prosperous, middle-income country by now. Instead, it is one of the poorest in Europe. Ukrainians are only slightly richer than Moldovans.

Since Ukraine’s independence, we, as members of the diaspora, have had a keen interest in the country’s development. With the disintegration of the Soviet Union, there were great expectations that the economic stagnation imposed on Ukraine by the Communist system would be a thing of the past. With its abundance of natural resources and human potential, we thought that Ukraine would evolve rapidly into a prosperous European nation.

All else being equal, of course, one cause of this is the fact that the Ukraine was more socialistic in Soviet times than many of its neighbors. The length and intensity of a socialist economy correlates with the length of time necessary to climb out of poverty. The East German-West German gap can be generalized to a comparison between western Europe and eastern Europe and in general.

Thus, it matters that Ukraine was ruled directly from Moscow while, say, Poland was a partially autonomous state. Moreover, the Moscow regime had more time—most disastrously under Stalin—to impose the full socialization of the economy in Ukraine. This process was never fully implemented in states like Poland.

For example, when the Soviet puppets in Poland attempted to impose communist land reforms in the 1940s and 50s, Polish land owners furiously resisted. This resistance outlived Stalin and these reforms never fully took effect. Moreover, by the 1980s, the Poles had managed to force the Polish state to allow small businesses and a private artisan economy. In contrast, this sort of private enterprise had almost been utterly extinguished in Ukraine. So, when the Soviet Union finally collapsed, much of eastern Europe still contained remnants of a private-property culture while Ukraine had almost none at all.

Yet, this explanation is not fully satisfying because Ukraine has underperformed even Russia itself. Russia, of course, scarcely had more free enterprise than Ukraine when the USSR collapsed. If we look back, however, we find Ukraine was an underperformer even in later Soviet times. This continued into the decade immediately after the USSR collapsed. As noted by Pekka Sutula,

In 1991 Ukraine was one of the poorest Soviet republics. Statistics for the time are notoriously uncertain, but the best ones available show Ukraine’s GDP at just $1,307 per capita. Only Azerbaijan, Georgia, Kyrgyzstan, Tajikistan, and Uzbekistan lagged behind Ukraine; even Moldova and Turkmenistan, generally regarded as very poor Soviet republics, were ahead of Ukraine.

Ukraine’s economy contracted annually between 9.7 and 22.7 percent in 1991–1996. The country experienced hyperinflation and an exceptionally huge production decline for a country not ravaged by a major war. Official GDP collapsed by almost half from 1990 to 1994, and slow decline continued throughout the decade. Economic growth would not resume again until 2000.

Yet, more than thirty years after the Russian state collapsed—and has remained a shell of its former self to this day—Ukraine continues to fall behind other states that also endured socialism and soviet domination.

The missing link here is what we find over and over again in much of the world. As Sutela shows, Ukraine has simply never produced reliable institutions designed to protect private property, facilitate trade, or provide predictability in policy that private entrepreneurs and owners can work with. The reality, rather, has been corruption and kleptocracy at a level that well exceeds other states in the region.

Successful economies require at least a servicable amount of respect for private property in law and legislation. Companies need to know they won’t be expropriated or subjected to ruinously high taxes. Corrupt regimes like Ukraine’s, on the other hand, tend to be impossible to plan for and are often punitive on a level that makes private enterprise “not worth it.” Under these conditions, only the black market can thrive. All states, of course, practice some level of thievery through taxation and the exercise of arbitrary power through the capricious application of law and regulation. But some states are far worse about it than others. Ukraine has never managed to shed Soviet habits in this regard.

It will be interesting if the member states of the EU want to take on this sick man of Europe for the sake of showing solidarity with a country that is now enduring the misfortune of invasion and economic destruction.

This will become even more of an issue when it becomes more clear that post-war Ukraine will be even poorer than the Ukraine measured in the statistics we’ve looked at here. Whether or not Moscow had intended regime in change in Kiev is now less important than how Ukraine will be partitioned after the war—as is likely. If Moscow managed to seize sizable portions of southern and eastern Ukraine, this will make the western “rump Ukraine” a more agricultural, less urbanized, and poorer country. As noted by Richard Connolly in the wake of the 2014 crisis:

West would be poorer than East. The current unweighted average monthly income of western Ukrainian regions is US$291, compared to US$320 in the east. These averages conceal significant regional variation, with Kiev and its surrounding region the only areas in the West with average incomes greater than the current Ukrainian average.

In East Ukraine, the average income is almost uniformly higher than in the West. Only Kherson, a sparsely populated region just north of Crimea, is poorer than the West Ukrainian average.

Further impoverishment of Ukraine is likely to put the country at the absolute bottom of all European states in terms of income and productivity. GDP per capita will sink even more. The EU can still accept Ukraine as a member, of course, but it will be a state that brings enormous challenges both economically and geopolitically.