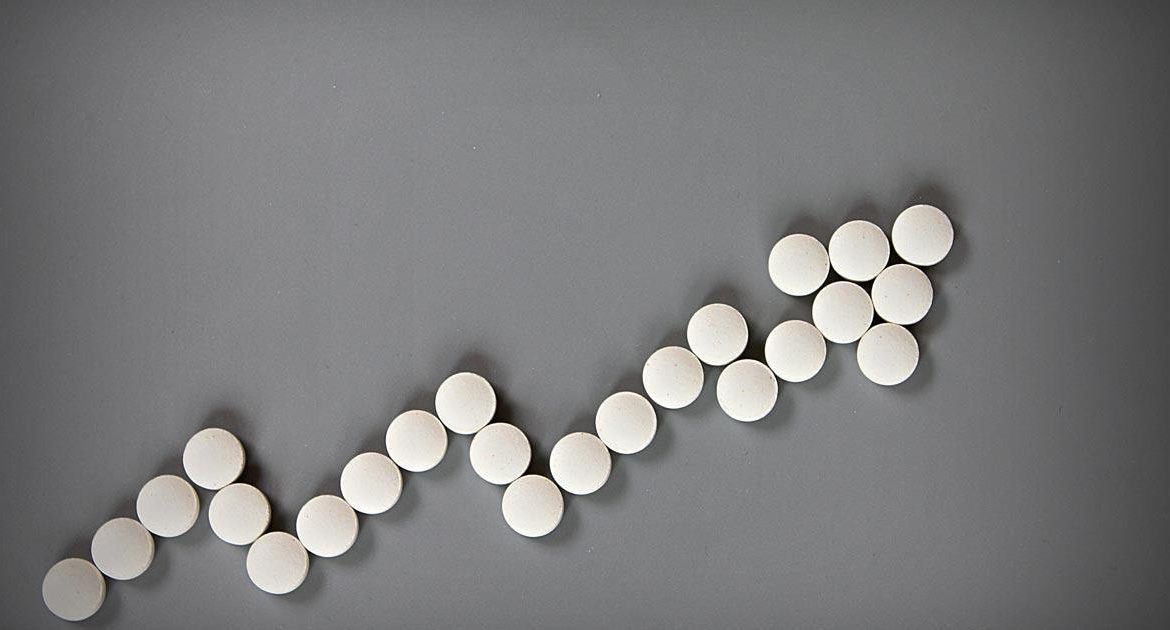 Patents, Legal Monopolies, and the High Prices for Drugs

Currently, 63 percent of American adults are on prescription drugs, according to a 2021 survey. Of this 63 percent of Americans, 26 percent say they have difficulty affording their prescriptions. Despite the prices of prescription drugs falling in recent years, an increasing number of Americans are concerned about high drug costs and demanding action be taken, 88 percent saying they want it to be easier for generic drugs to enter the market. The same percentage demand price controls to limit the maximum cost of drugs.

President Joe Biden recently tweeted that we should cap insulin prices at $35, and his Build Back Better Act includes provisions for the state to lower the description drug prices through “negotiations” and limits annual drug price increases.

Mark Cuban of Shark Tank fame recently launched the Cost Plus Drug Company. The goal of Cost Plus is to offer medications at the cheapest prices possible, charging only a 15 percent markup and pharmacist fee.

Gleevec generics are listed for $17.10, over $2,485 lower than the typical retail price of $2,502. Cuban’s business model might be successful if the authorities permit it to operate. Cuban’s business comes at an important time, when the looming threat of drug price controls is at our doorstep.

Cuban’s venture has received predictable yet disappointing attacks from progressives such as the Young Turks for the terrible crime of offering market solutions for common problems. These types of progressive also believe in using price controls as a weapon against high drug prices.

The Consequences of Price Controls

Advocating price controls to lower drug prices seems initially intuitive to some people; however, these policies don’t hold up under the slightest scrutiny. Henry Hazlitt points out in chapter 17 of Economics in One Lesson:

When prices are arbitrarily held down by government compulsion, demand is chronically in excess of supply. We have seen that if the government attempts to prevent a shortage of a commodity by reducing also the prices of the labor, raw materials and other factors that go into its cost of production, it creates a shortage of these in turn.

Failure to heed to warnings of Hazlitt and other free market advocates has had disastrous consequences. When Canada’s Patented Medicine Prices Review Board launched drug price controls in 2019, the country experienced a 40 percent drop in the number of new drugs launched. In 2021, a survey revealed that over one-third of pharmaceutical leaders delayed new treatments in Canada. The loss of these new drugs may more than offset the alleged benefits of the Patented Medicine Prices Review Board’s price controls.

If the US doesn’t learn from the failures of Canada, predictions show cutting drug prices 40–50 percent may lead to a decline of 30–60 percent in R&D (research and development) projects being undertaken in early stages of development. Rather than risk the loss of new drugs through price controls, the US can lower prices through opening up drug markets to competition and abolishing drug patents.

Why Drug Prices Are So High

The primary source of high drug prices is monopolies granted by the government to pharmaceutical companies in the form of drug patents. Without competition in pricing, many drugs have risen out of the affordability of lower-income consumers. As Hazlitt says in chapter 15 of Economics in One Lesson:

When people want more of a commodity, their competitive bidding raises its price. This increases the profits of the producers who make that product. This stimulates them to increase their production. It leads others to stop making some of the products they previously made, and turn to making the product that offers them the better return. But this increases the supply of that commodity at the same time that it reduces the supply of some other commodities. The price of that product therefore falls in relation to the price of other products, and the stimulus to the relative increase in its production disappears.

Life-saving and life-improving drugs are in very high demand, and this creates a market ripe for profits. Therefore, new producers want very much to produce these drugs. Unfortunately, with the government’s patent protections, this cannot always be the case. Companies can have sole monopolies over certain drugs for as long as twenty years. Not surprisingly, the evidence shows us that greater competition in drug production relates strongly with lower drug prices. For example, a 2017 study published in Annals of Internal Medicine examined the price changes of 1,120 generic drugs from 2008 to 2013. The study found that drugs under monopolies rose in price while drugs under quadropoly fell in price.

Furthermore, a study published in JAMA (Journal of the American Medical Association) in 2016 found:

The most important factor that allows manufacturers to set high drug prices is market exclusivity, protected by monopoly rights awarded upon Food and Drug Administration approval and by patents.

The abolition of drug patents will undoubtedly lead to lower drug prices and countless lives saved. With competitive and open drug markets, companies would be able to invest money normally used in legal cases into R&D. Companies would finally have the legal right to develop their own property without being penalized. Not only are patents impractical but they are direct violations of individual property rights. As Stephan Kinsella points out in his book Against Intellectual Property:

IP rights give to pattern-creators partial rights of control—ownership—over the tangible property of everyone else. The pattern-creator has partial ownership of others’ property, by virtue of his IP right, because he can prohibit them from performing certain actions with their own property.

Patents and monopoly provisions are unequivocally evil and impractical. With the introduction of Mark Cuban’s Cost Plus Drug company, it is possible we will see a growing resentment toward these antientrepreneurial and anticonsumer policies.

The failure of governments to allow a free market of pharmaceuticals has led to an unimaginable amount of damage to the citizenry of the US and Canada. In the US, monopoly pricing through patents restricts access to life-saving drugs for millions of lower-income individuals, and individual property owners are prevented from utilizing their own property and skills to offer the same drugs at competitive prices.

In Canada, many may suffer due to the restrictive price controls from the Patented Medicine Prices Review Board and the new drugs they chased away. Mark Cuban’s Cost Plus Drug Company has the potential to restore faith in the free market, as well as expose these evil policies as the government failures they are.