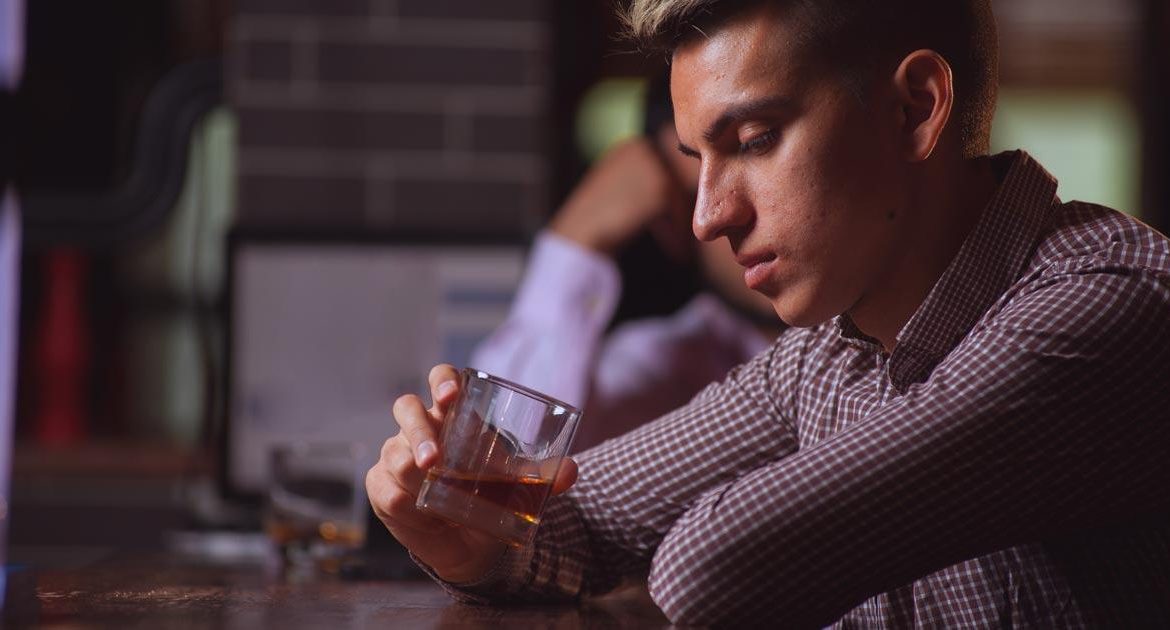 Urban Supremacy and the Dismantling of Rural Communities

Probably the worst of the multitude of villainous covid restrictions came at the expense of churches, the forced closure of their doors. Coupled with this tragedy was the fact that while churches were empty, liquor stores remained open for business. And while this wasn’t true everywhere, in many areas, bars were allowed to open for inside business before churches had been given the green light for pews to be filled. It is not my intention here to speak to the morality of these measures; they speak for themselves. Instead, I would like to paint a picture of how rural socialization in its present condition varies from its past and why this dynamic speaks to our current reality of urban supremacy.

We have all likely watched a movie that features a small town with not much to do. The default mode of entertainment, or even coping mechanism for the folks of these towns, then, is the bar. Zooming in even more on this generality, you might discover that one of the main characters of the movie is in a constant state of depression, feeling no purpose in life, and therefore drinks his sorrows away every night, mainly in complete silence, with perhaps a few conversations here and there with the bartender. Is this a bit of an embellishment? Perhaps. But I think you get the picture.

While it is certainly not true that all small towns and rural areas fit this mold, this has become an accepted meme for these types of areas, sometimes justified, sometimes not. It is difficult, then, to imagine what folks living in a similar reality to the one above went through, or are currently going through, as measures that only made sense in cities—and even that is stretch in many cases—were handed down to these more spread-out areas as well. Drinking away your sorrows when there are at least people socializing a few feet away from you became drinking them away alone in your own home. On top of that, while the church steeple in town remains in sight for our hypothetical man as he gets in his car each night after a visit to the liquor store, the voice inside his head saying, “You know, I should probably get back in church,” was also no longer a reality in the world of covid.

There are a number of factors at play here. Yes, the man certainly needs a better outlet for coping. Also yes, while that outlet can be found within those church walls, and despite the magnetization the man feels toward the church, if the doors were open, the man sadly probably still would not take advantage. And lastly, yes, the bar being the center for socialization in many of these rural areas is again a problem, and one that existed for long before the covid pandemic began. But this hasn’t always been the case.

The word “feudalism” comes with an array of mostly negative connotations. “A condition of political and economic servitude to the king” is people’s oversimplified definition of the word. But just as is the case with many words, “feudalism” has also evolved and has even been intentionally muddied through the years. In her book Those Terrible Middle Ages!, author Régine Pernoud details two periods in which two different forms, or perhaps stages, of feudalism existed.

The first stage of feudalism was one in which each fief was indeed under a lord who was appointed by a king, but the laws of each domain were more determined by the customs and cultures of the peoples within these lands: blood and soil possessed more power over these people’s everyday lives than the king did. As time went on, however, circumstances which cannot be covered here led to the king becoming more of an absolute monarch. Rural power decreased while urbanized centralization of power increased. In this reality, the customs and culture of each individual fief became watered down, and despite their many cultural differences, the fiefs began to exist under the same will to power.

Along with this transition came also a decrease in rural forms of entertainment, education, and spiritual gatherings. Attending community plays and concerts put on in town or in the countryside gave way to having to go to the theater in the big city. Places of learning went from being built in beautiful valleys to also residing within the cities. And cathedrals were built less and less on hillsides, and again placed nearer to or within cities. Not only was the power centralized away from the various cultures of each of the domains making up the fiefs, but community was itself centralized in the city, eventually leading to what we have now: urban “elites” dictating the lives of rural communities that don’t hold the same cultural values.

Obviously, the path from there to here was not an entirely straight line. Transitions are never smooth, with constant detours along the way. But it is not a stretch to claim that as power increased in urban areas, rural areas not only lost theirs but also found themselves under the control of the areas increasing their power and that allowing culture and socialization to persist and thrive in these new areas of power led to a lack of it in the places where more and more people simply exist, monotonously working and then perhaps going to the bar every Friday night to catch up with the boys, or more sadly, wallow in own self-pity. This is not to say that “catching up with the boys” is a bad thing. Because it’s not. But it cannot be the only thing if your wish is for your community to have more say in its governance than the closest large city.

We are in a transition now. The current trajectory is more centralization, away from sovereignty and toward globalization. As mentioned, though, transitions aren’t smooth or easy. There are opportunities to be had. Complaining that the Davos crowd is seeking even more power than they already have is not an effective engagement with the opportunity currently presented to us. Our time must be spent building—specifically building back rural and community power. Perhaps you continue to catch up with the boys at the bar in town on Friday night; however, along with that you spent the night before reading with friends at the newly built community library. And you start a tradition of making Saturday a day of entertainment for your community: food, sports, games, dancing, plays, and concerts—maybe even make it day you all work on building a castle on the countryside (dead serious). Then, on Sunday, you attend that church.

What I’m describing here is a vibrant culture, one that hopefully already exists, or is beginning to exist, in certain communities. Because the more these cultural uprisings shift away from the city and into pocket communities, the less power these cities will have over your preferred pocket; and it’s important to note here that your preferred pocket may actually have—possibly need—its own particular centralization of power, used mainly to keep out folks who seek to infiltrate and change the culture. Creating and building up these pocketed communities of power—a new form of fief, if you will—will ensure that the church doors in your community remain open as they are being forced shut, over a virus or for any other reason, in areas that no longer have control over you.