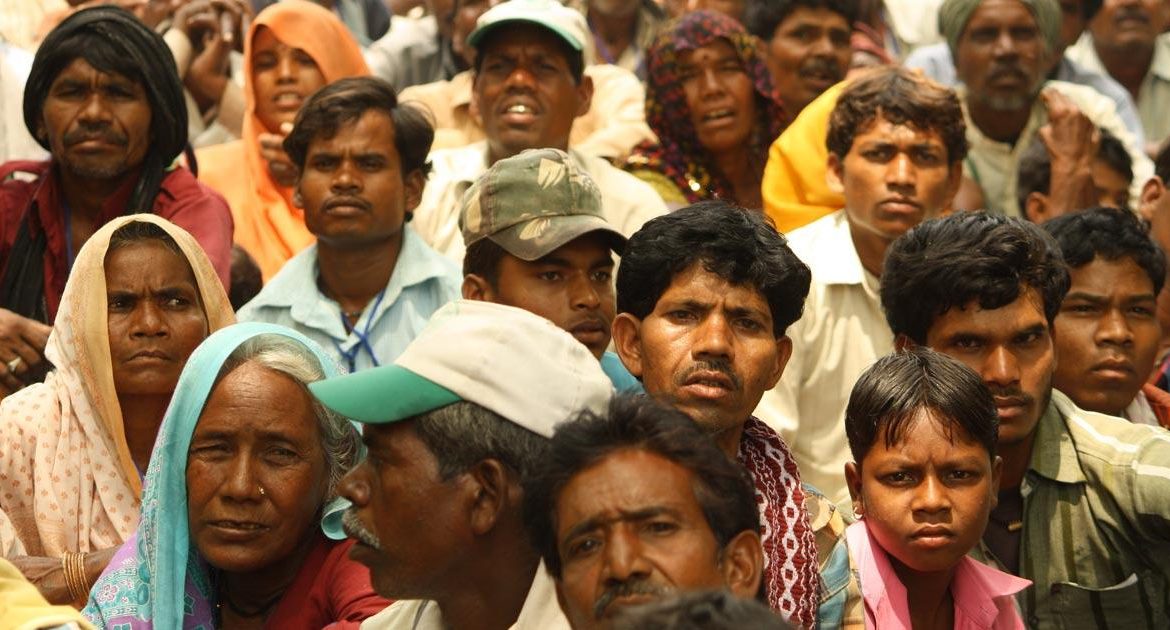 How Free Markets Have Improved Life for India’s Dalits

Since independence in 1947, the Indian subcontinent has remained bound to its ancient caste system, which can generally be understood in this descending order, albeit with significant variations and subcastes depending on region:

A fifth caste, the Dalits, are treated as the lowest of the low; they are characterized as untouchables and historically have been subjected to violence. The Dalits have very little socioeconomic mobility, only being granted jobs which entail cleaning sewers and disposing of dead animals. Untouchability has also manifested in members of higher castes refusing to drink the same water as Dalits or eat food that they have consumed. There are even instances of Hindu vigilante groups and police officers colluding to murder Dalits who attempt to marry outside of their caste.

While belonging to a higher caste has mostly become a source of unearned prestige in modern Indian society—as opposed to denoting actual religious or communal duties—discrimination toward Dalits has persisted, also despite the use of quotas for the representation of Dalits in education and government. Dalits and other Hindus have often been encouraged to convert to other religions to escape discrimination. The great reformer Dr. Bhimrao Ramji Ambedkar set an example for this when he began the Dalit Buddhist movement. However, the bigotry toward Dalits has often transcended Hinduism and followed the converts into Islam and Christianity, as evidenced by the use of specific labels to identify them, such as “Dalit Christian.”

A turning point in the social condition of the Dalits came in 1991; the beginning of the free market in India came when the government repealed many of its antimonopoly laws, including the 1969 Monopolies and Restrictive Trade Practices Act. These laws had been introduced to keep big business in check and reflected the admiration that India’s first prime minister, Jawaharlal Nehru, held for Stalin’s central economic planning, as Deepak Lal explained in Reviving the Invisible Hand.

Thomas Sowell in Basic Economics terms this collusion of capital and government a “cushioned capitalism” that only benefitted leading industrialists of that time, who held an interest in maintaining state supervision over the flow of capital and the labor market. The formation of the Bombay Club in the 1990s is an example, consisting of leading Indian industrialists who were opposed to rapid economic liberalization specifically because they anticipated that foreigners and other unwanted stakeholders would threaten their own shares in the domestic market.

This economic liberalization, however, has allowed Dalits to improve the condition of their communities, even in rural areas where dominant castes assert their authority with violence and suffer no repercussions.

From Rags to Rupees

The mechanisms of the free market have given Dalits the opportunity to improve the conditions of their communities, particularly in rural and agrarian parts of India, where ownership of TVs, electric fans, and brick houses is considered an indicator of a person’s financial progress. In his paper for the Cato Institute, Swaminathan S. Anklesaria Aiyar notes how ownership of the aforementioned commodities among Dalit communities in less urbanized regions encouragingly rose between 1990 and 2008, particularly in two regions, Khurja and Bilariaganj, where the people’s predicament had been exceptionally sordid:

Ownership of commodities is not the sole metric to prove that Dalits have thrived in a freer market. During the era of cushioned capitalism, upper-caste businessmen monopolized the offer of new services on the market under the cover of the Federation of Indian Chambers of Commerce and Industry and ensured that contracts were provided mostly to family members or close acquaintances. With the establishment of the Dalit Indian Chamber of Commerce and Industry (DICCI) in 2005, Dalits obtained a starting point to learn more about idea validation, personal finance, and market assessment free from discrimination and the reliance on reservations. In 2013, it launched a venture capital fund to aid upcoming Dalit entrepreneurs. The DICCI has continued to grow in membership and continues to aid lower-caste communities in impoverished areas across the country.

Additionally, there is an impressive list of Dalits who have benefitted from embracing the options the market provides them with, including Rajesh Saraiya, Bhagwan Gawai, Sukesh Rajan, and Chandra Bhan Prasad. Prasad himself was a Maoist during his university years before witnessing the results of the 1991 economic reforms. He changed directions and cofounded the DICCI with Saraiya while promoting foreign investment. Of course, this is not to say that problems for Dalits have disappeared: in addition to the daily violence they experience, they still face some discrimination in underdeveloped areas and must rely on middlemen, so they do not earn high rates for their products, a problem that has been worse during the pandemic. Aiyar himself concedes that at the start of their respective careers, Dalit businessmen were often hesitant to publicize their castes lest they be ostracized in the domestic market. Nonetheless, when considering the predicament of Dalits prior to the reversal of the Indian government’s attitude toward globalization, we can see that progress has been made, and the Dalit communities are more than willing to continue moving forward.

A common criticism that cultural conservatives have levied against capitalism is that the change in social relations that the free market brings about via capital development slowly eliminates the need for manual labor. With the socioeconomic mobility of Dalits being coeval to the rise of technologies to replace the unsanitary and demeaning jobs they performed exclusively only one or two generations ago, there is a growing concern about how Dalit upward mobility will reshape Hindu society in India. A useful way of examining the decline of social barriers is marriage across those lines. This is not peculiar to India or caste; in The Ancien Régime and the French Revolution, Alexis de Tocqueville wrote:

If you wish to know whether the caste system in a nation with the ideas, habits and boundaries it has created, has been demolished for certain, just look at marriages. They will show you the decisive feature you seek.

With regard to the marriage issue, Lal in Reviving the Invisible Hand helps us understand how caste has taken on a more secular nature during modernization:

A belief in hierarchy still forms a major part of the Hindu psyche, but with “hierarchical notions based on purity and pollution on the decline, and giving way to secular criteria such as education, income, kind of work performed, place of residence and life style.”

Considering the vast cultural expanse India possesses, there are only a few definite trends which can be distilled, one of them being that intercaste marriage is more frequent in urban areas than in rural. This can easily be attributed to the fact that metropolitan areas allow for the mingling of people of different backgrounds and for all individuals with higher education to have compatible lifestyles, residences, and incomes. This reinforces the secularization of caste, as defined by Lal, through which Dalits are achieving remarkable progress. Hence, while Tocqueville is right in asserting that certain habits and boundaries diminish as a result of intercaste marriage, the grander results that capitalism has allowed for in India, without leading to Westernization, demonstrate that capitalism is not an inherently bad thing.

The Dalits are still fighting an uphill battle. Those not fortunate enough to be born in urban areas or to middle-class families face threats of death and the expropriation of their property. However, the social cohesion among Dalit communities that have been strengthened by the new economies generated by their entrepreneurs and leaders gives hope to those who believe in the protection of individual freedom and property.