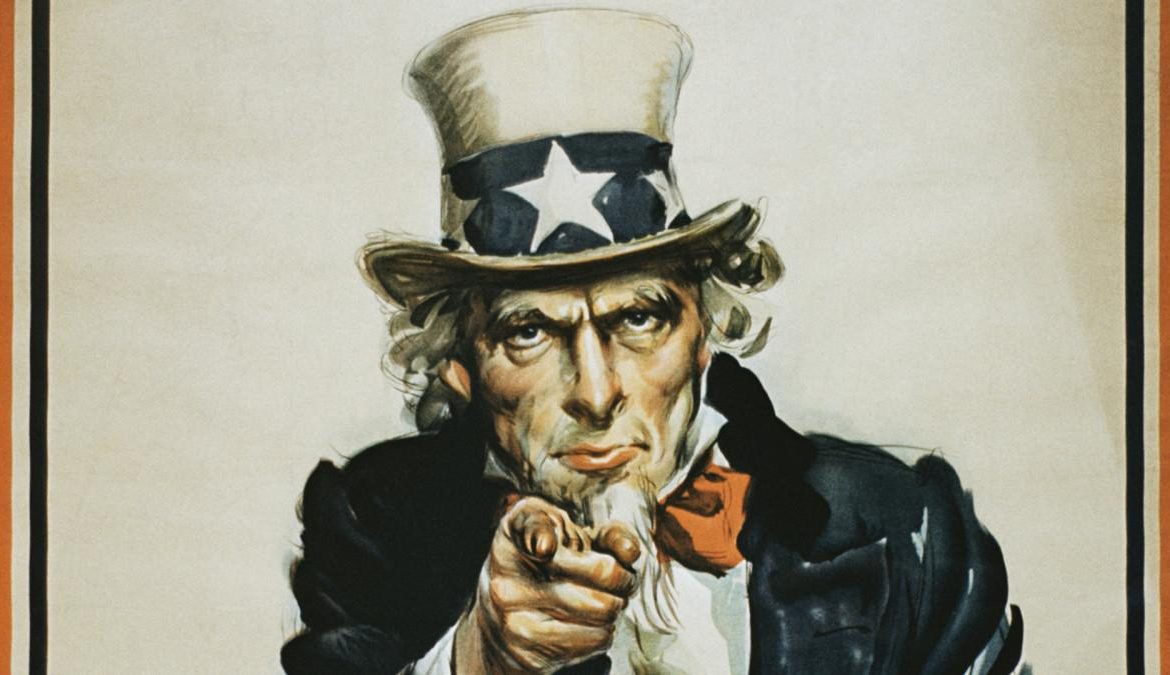 With so much having been made in the past decade of China’s behavior in its immediate neighborhood—from jousting with Japan over the Senkaku/Diaoyu Islands to building up and occupying the Spratly Islands, from harassing Filipino fishermen to engaging in actual border clashes with India—it is worth stepping back and taking a wider view of Chinese behavior in its immediate vicinity.

How did other large, rising, militarily capable states behave?

How, for example, did the rising United States behave?

“Our Little Region over Here”

Note that by beginning our examination in the late nineteenth century, from the outset we pass over the aggressive and violent expansion of the territorial bounds of the United States up to the dawn of the twentieth century, when the size of the United States increased almost twelvefold. During that early period, besides the American Revolution, the War of 1812, the Barbary Wars, and the Mexican-American War, the US fought no less than four dozen wars against the various Amerindian tribes and confederations that had previously held sway over the vast bounds of the western North American continent. So, too, we pass over its involvement in East Asia, in the Opium Wars, and in Korea and Japan—which it forced open at gunpoint in 1853. But the plain fact is, from its inception to the “closing of the frontier” in 1890, the US was engaged in armed conflicts of one kind or another with its various neighbors for almost 80 percent of its existence.

But by 1890, having officially declared complete its self-appointed manifest destiny, to expand the United States from Atlantic to Pacific, its gaze quickly turned abroad. The transformation of the relationship of the states to the federal government during the Civil War, as well as rapid industrialization and the spread of telegraph and railroad lines, meant the US was increasingly capable of projecting concentrated force abroad. Its interactions with other major powers over the following decade illustrate plainly one of the foundational realist principles of international relations: as its relative power increased, so too did the US’s demands for deference in its immediate vicinity. Indeed, as soon as it had achieved the requisite levels of internal cohesion and industrial might, the US set about enforcing its hitherto nominal regional hegemony.

While the Monroe Doctrine was initially set forth in 1823, the principle that henceforth the Western Hemisphere was off limits to further meddling from outside powers was, to quote the political scientist Graham Allison, “largely aspirational rather than actual.” It did not, for example, prevent Great Britain from treating South America as a de facto part of its empire, seizing the Falklands from Argentina, nor routinely intervening in the domestic politics of places like Nicaragua and the islands of the Caribbean. So, too, a decrepit Spain still held Cuba, a mere ninety miles from the US mainland. And by the 1880s, following German unification, the German Imperial Navy had become a regular and unwelcome presence in Latin America.

No more: henceforth the Monroe Doctrine would be enforced and even the mightiest of the European great powers made to observe it. When the British threatened to intervene in Venezuela over unpaid debts and a disputed border, President Grover Cleveland’s secretary of state, Richard Olney, warned the British: “Today the United States is practically sovereign on this continent, and its fiat is law upon the subjects to which it defines its interposition.”

That was in the mid-1890s. By 1902, on the heels of the decisive US victory over Spain in Cuba and the Philippines, and with US industrial and military power still rapidly expanding, the British and Americans once again found themselves on opposite sides of a border dispute—this time about the exact boundary between US Alaska and Western Canada. Now President Theodore Roosevelt made it known that “In the event of specious and capacious objections on the part of the English, I am going to send a brigade of American regulars up to Skagway and take possession of the disputed territory and hold it by the power and the force of the United States.”

In addition to helping make the Monroe Doctrine a reality, President Roosevelt would add his own corollary to it: any state in the region unable to maintain its own internal order, or which displayed “impudence” to the United States, might now be subject to military intervention. On his way to deploying US troops to intervene in the domestic politics of a half dozen Central American and Caribbean countries during his time in office, a policy that would be dutifully followed by all of his successors until his cousin took office in 1932, the Rough Rider president had this to say in response to those who criticized blatant US violations of other states’ sovereignty: “The Monroe Doctrine is not a question of law at all. It is a question of policy. To argue that it cannot be recognized as a principle of international law is a mere waste of breath.”

He could as well have quoted the Roman general Pompey (“Don’t quote laws to men with swords!”) or the earlier Greek general Thucydides (“The strong do as they will and the weak suffer what they must.”).

Looking in the Mirror

Apart from revealing intelligent British decisions to deescalate situations of transitional friction as Britain’s relative power declined—avoiding costly and distant wars over peripheral issues with a rising power—US actions, while a distant memory by the standards of our own brief historical life as a nation, appear in the eyes of the two-thousand-year-old China something like a fortnight ago. Thus US posturing today seems to China wildly hypocritical and nakedly self-serving: having gotten what we want, we want to call the game.

This is especially irritating when it comes to Taiwan/Taipei, a province everyone, from the United Nations to the United States, acknowledges is part of China and which but for the opaque, and under President Joe Biden now explicit, threat of US military intervention would now be securely back under Beijing’s control. That the island is strategically valuable is granted—so too that its democratic and technological achievements are laudable; but is a now seven-decade-old civil war supposed to continue indefinitely? As Taiwan’s and China’s positions of relative strength change, both in the region and elsewhere, militarily as well as economically and diplomatically, is China expected to put up with this state of affairs? How, one wonders, would the American public, media, and political, policy, and military elite react if China were to sign a basing agreement with Brazil, or Russia with Venezuela?

As the only probing of the Monroe Doctrine attempted since Teddy Roosevelt’s time resulted in the Cuban Missile Crisis, I think it’s safe to say we know the answer.

George Orwell prided himself on being able to face unpleasant facts; that quality he believed most qualified him to be a novelist and commentator. And in this case the unpleasant fact is that when the US was in Beijing’s relative geostrategic position, it behaved no differently than Beijing is now behaving and would behave no differently were the situation reversed. Indeed, from Ronald Reagan to Barack Obama, it has been regular tradition for US administrations to thumb their noses at both international court rulings and international opinion when they run contrary to perceived American interests—as in the cases of mining Nicaraguan harbors and Middle East drone-bombing campaigns.

With public polls revealing increasing support among the American public for military intervention in defense of Taiwan’s claim to territorial autonomy, Americans would do well to pause and reflect on how what China wants is recognition and control of its internationally recognized borders, in the case of Taiwan. The American public should also not be misled into thinking the question of Taiwan’s status can be indefinitely put off through clever diplomacy or the threat of American military intervention. Already simulated military conflicts over the island have the US side losing regularly.

Especially since Beijing’s crackdown on Hong Kong dispelled any illusion as to that region’s ultimate fate, Taiwan’s domestic politics have increasingly trended toward independence, and this is unlikely to change. In truth, however, the minute Richard Nixon set foot in Beijing the matter was decided: if Beijing is the legitimate government of China and Taiwan is part of China, ipso facto Taiwan belongs to Beijing.

The US has been interfering in internal Chinese affairs for well over a century. It’s time we said enough is enough. That is not isolationism: it is abandonment of an inconsistent, untenable, and indefensible foreign policy.