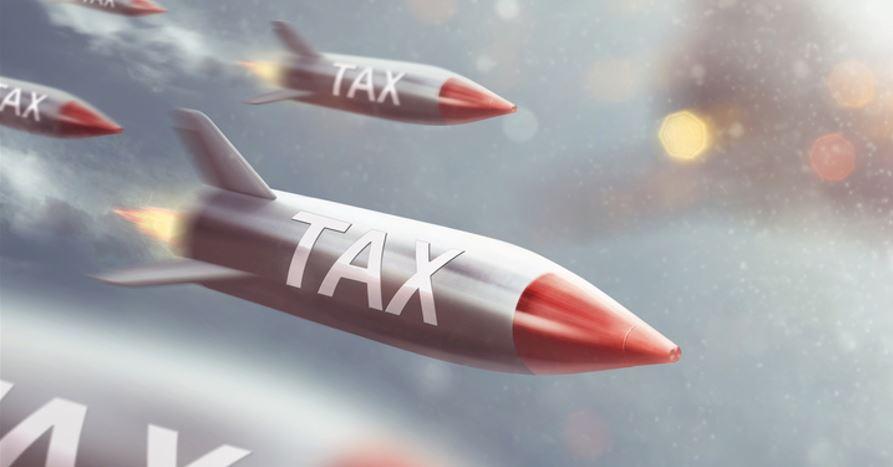 President Biden’s proposal to require roughly 700 U.S. billionaires to pay taxes annually on unrealized capital gains has garnered wide support by Democrats as another step to make the rich pay for the uncontrolled spending by the federal government.  House of Representatives Speaker Nancy Pelosi says Democrats hope the plan would raise as much as $250 billion to help pay for expanding the social safety net and tackling climate change.  The current tax system is already too complicated and adding another layer will not make the system any fairer or will make rich people pay more in taxes.  More importantly, the proposal is another scheme by the government that defies the reality and raises again questions of government overreach.

The proposal would reinvent how the government taxes investments not for everyone but just for the few hundred richest people.  Under the current plan in discussion, capital gains on stocks and other traded assets would be taxed only for U.S. taxpayers with over $1 billion in assets or $100 million in income for three consecutive years.  What this amounts to is a different interpretation of the tax code for rich people.  When an investor buys an asset, stock, real estate or even a business, the asset hopefully becomes more valuable over time.  Currently, the tax code requires the investor to only pay a capital gains tax when the investor sells the asset.  However, under the new proposal the capital gain does not have to be realized in order to be taxed.  Lawmakers are aiming to effectively increase the taxes rich people pay by rewriting the rules.  Often investors hold on to their investments over many years while their assets increase in value, thus avoiding paying a capital gains tax until many years down the road except paying income taxes on the dividends and other cash distributions from the investment.  In theory, a person could accrue capital gains indefinitely, while never owing any taxes.  The proposal under consideration, the simple increase in the value in a portfolio will be taxed.

While the idea to get billionaires to pay more of their fair share in taxes seems to get lots of popular support from the public, lawmakers miss a key point in their excitement about having the rich pay more in taxes, the reality of the current tax system.  The rhetoric of the super wealthy getting richer during the pandemic without having to pay taxes on the increases in wealth while regular tax payers have to pay taxes on their income every year sound very good to the tax-the-rich-crowd.  Surely, George Soros and other billionaires will comply and hand over their money without resisting.  Actually George Soros applauds and supports this proposal while at the same time according to the ProPublica report from June, Soros paid not federal income tax for three years in a row.  Similarly, Jeff Bezos and Elon Musk have not paid federal income taxes in some years.

The proposal defies reality as not all assets are as easy to value as publicly traded stocks.  For example, a rare but valuable item like a precious painting or music album like the Wu-Tang Clan’s “Once Upon a Time in Shaolin”  would be even more difficult to tax which raises the question on how do you assess the value of less liquid assets.  Billionaires are the type of investor with the means to purchase less liquid investments like rare pieces of art.  More importantly, as the wealth of people increases, they have a bigger incentive to hire high priced tax accountants and tax lawyers to fight the internal revenue service every step of the way.  Ultimately, the government would have to be prepared to fight long and complicated legal battles with billionaires to establish what constitutes a capital gain.

Even more important is the question what to do with capital losses.  Billionaires do not just make money by exploiting the poor, but billionaires are rich because they take on business opportunities that sometimes turn out to be losers.  Similarly, stocks and other securities can decline in value.  Would billionaires receive tax refund checks in those years?  For example, what would happen if the stock market has a sharp selloff in December?  Would billionaires receive massive tax write offs on unrealized losses in their portfolio leading the IRS to send tax refund checks to Jeff Bezos, Bill Gates and Warren Buffett.  Ultimately, this will lead to the question when valuations for unrealized gain taxes would be determined.  Lawmakers forget that just because something increases in value does not mean the owner has the cash to pay taxes.  The current rationale to tax capital gains once the asset is sold avoids two fundamental problems with the proposal.  First, the market alone should determine the fair market value of an asset, not the IRS according to some complicated formula defying reality.  Secondly, even billionaires may not have the cash to pay taxes on unrealized gains.  A tax on realized capital gains avoids those two problems, once an asset is sold, the true value is determined and the seller will have money from the sale to pay the tax bill.

While the current proposal will be supported by a large swath of the public as the rhetoric is simply too appealing, tax payers should be alarmed by this proposal.  Once lawmakers have the power to tax unrealized gains, it will be just a matter of time before lawmakers running out of tax revenue will set their aim at one of the largest sources of wealth hiding from the IRS, unrealized gains in real estate and mutual funds that the public holds.  For example, CNBC reported that homeowners with mortgages saw their equity jump by 20% in the first quarter from a year earlier, which represents a collective cash gain of close to $2 trillion or per borrower, the average gain was $33,400.  Would it not be nice for the government to tax the increase in value in your house every year?

This proposal is dangerous and should be declared unconstitutional.  As Mises explained, “‘Taxing the Rich’ Doesn’t Make Us Better Off, ” and new taxes are always a danger to every productive citizen.