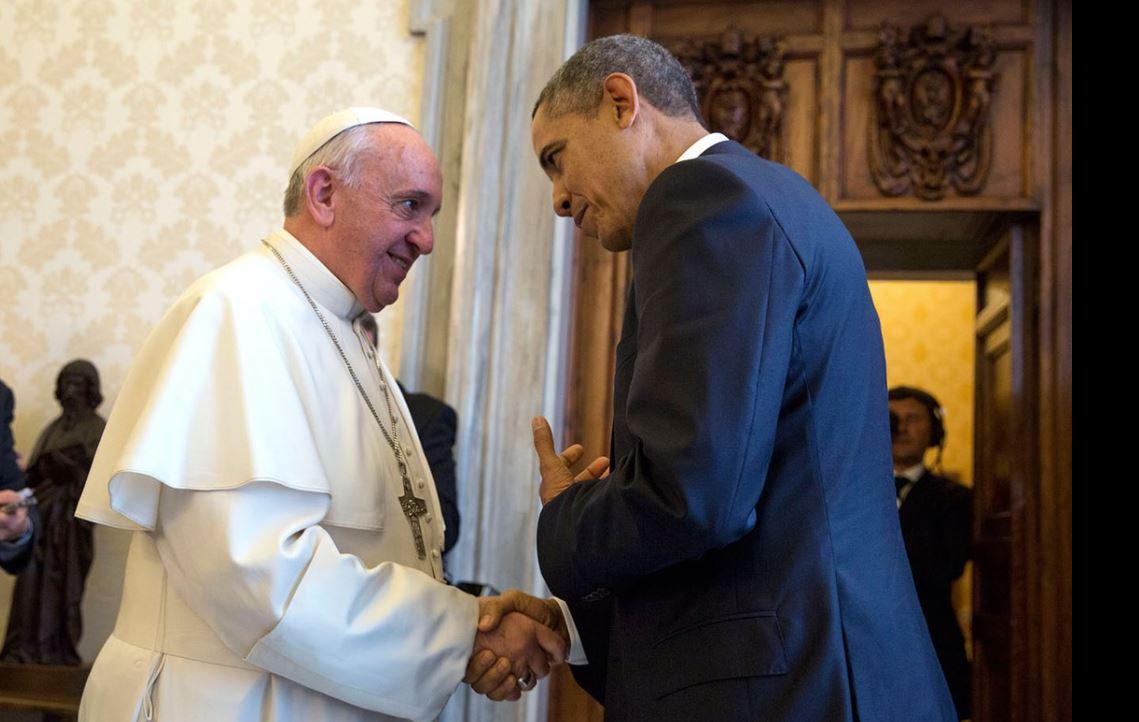 Last month on “World Food Day,” Pope Francis yet again graced us with some economic words of wisdom in three tweets, effectively blaming free enterprise and capitalism for the continued existence of world hunger:

The fight against hunger demands we overcome the cold logic of the market, which is greedily focused on mere economic profit and the reduction of food to a commodity, and strengthening the logic of solidarity. #WorldFoodDay

We must adapt our socio-economic models so they have a human face, because many models have lost it. Thinking about these situations, in God’s name I want to ask:

The big food corporations to stop imposing monopolistic production and distribution structures that inflate prices and end up withholding bread from the hungry.

How unfortunate that Francis, who should really try sticking to theology, doesn’t understand basic supply and demand, or the pernicious effects of inflation caused by central banks. Repeating common leftist caricatures of the free market has been a recurrent theme of his pontificate.1 Before bashing capitalism, though, Francis should note that the move toward freer markets, in India and China especially, resulted in the huge reduction in extreme poverty we have witnessed over the last few decades.

Charts 1 and 2: Reduction in global extreme poverty since 1990

Nearly 80 percent of all people lived in extreme poverty during the early twentieth century, compared to 10 percent today.

Charts 3 and 4: Reduction in global extreme poverty since 1820

What Francis fails to grasp is that, as Henry Hazlitt put it, “the real problem of poverty is not a problem of ‘distribution’ but of production. The poor are poor not because something is being withheld from them, but because, for whatever reason, they are not producing enough. The only permanent way to cure their poverty is to increase their earning power,” i.e., to make them more productive.

There are two components to reducing poverty:

Chart 5: Prior to the Industrial Revolution, mass poverty was the norm

What should rich nations do to help poor nations become wealthier? They should start by immediately and unilaterally eliminating trade barriers such as tariffs, quotas, and regulations, which protect inefficient domestic industries from foreign competition, and which prevent poor nations from benefitting from the advantages of specialization and participation in the global division of labor (doing this will also reduce the cost of living and foster international peace). Rich nations should also stop all “foreign aid,” which serves only to keep corrupt, socialistic governments in power in the recipient poor nations by funding cronies and wasteful big spending programs.

I doubt very much that Pope Francis knows much at all about economics. That is no crime. But, to quote Rothbard, “it is totally irresponsible to have a loud and vociferous opinion on economic subjects while remaining in this state of ignorance.” In fact, it is precisely the lack of understanding of economics and the function of markets in alleviating poverty among many nations’ technocrats and ruling elites that meant they thought they could simply put the economy on pause for over a year without significant consequences. Well, sadly, global extreme poverty rose in 2020 for the first time in over twenty years. Ideas have consequences.