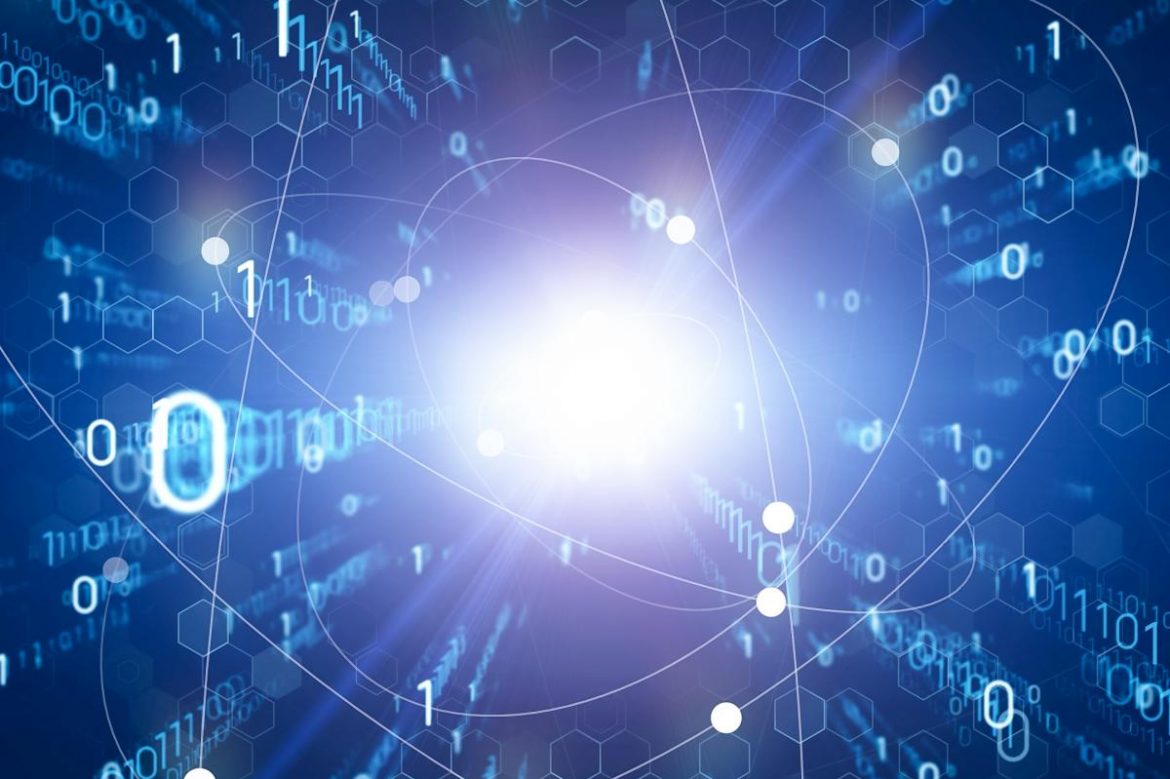 When David Card was recently awarded the Nobel Memorial Price in Economic Science (along with two other economists), I figured Paul Krugman would weight in, since Card, along with the late Alan Krueger, authored an economic study almost thirty years ago that allegedly debunked standard economic theory on the effects of a binding minimum wage. Krugman did not disappoint.

As is his M.O., Krugman cherry-picked his information and then went on to claim that the Card-Krueger studies, along with other studies that seemingly disprove how economic theories normally are applied, should “favor a policy move to the left,” at least when it comes to government policies. This is another way of saying that Krugman once again claimed that opportunity cost is irrelevant and probably wrong. No, he did not make that statement per se, but there is no other way to interpret his remarks. So, let us begin.

For many years, Krugman has argued that whenever economic theory and the wish lists of left-wing politicians and activists come into conflict, that economic theory simply is wrong and, if one is honest, probably evil. It gives Krugman one more reason to hate Austrian, who are a priori in their approach to economic analysis, but it also gives Austrians once again the opportunity to point out Krugman’s errors and outright fallacies.

The Nobel this year was awarded to economists who have engaged in what we call “empirical” economics, that is, they look at statistical analysis harvested from data they have collected in order to “test” economic hypotheses such as the Law of Demand. Krugman writes:

Economists generally can’t do controlled experiments — all we can do is observe. And the trouble with trying to draw conclusions from economic observations is that at any given time and place lots of things are happening.

Economist David Henderson—who clearly is not Krugman’s biggest supporter—writes something similar in The Wall Street Journal:

Why do natural experiments matter? One of the toughest problems in economic research is figuring out whether a relationship between two variables is causal or coincidental.

Austrian economists can point to the opening statement in his 1871 classic, Principles of Economics, which states: “All things are subject to the law of cause-and-effect.” When economists gather data, they often are trying to figure what is a cause and what is an effect and all too often they erroneously get the relationships backward. For example, I have read in some economics texts that inflation is the general increase of prices of goods and services when, in fact, price increases are the effect of inflation, which is the debasing of money when governments increase its supply.

Thus, understanding causality is important when engaging in economic analysis, especially when the economic analysis portends government policy initiatives. During the Great Depression, for example, both the Herbert Hoover and Franklin D. Roosevelt administrations believed that falling prices were the cause of business failures when, in fact, it was the recession that caused falling prices. (I should add that Austrians believe falling prices are instrumental in bringing about an economic recovery following the collapse of the credit-inspired and unsustainable boom.) Thus, the New Dealers did everything they could by igniting inflation and cartelizing the U.S. economy in an attempt to end the depression; of course, their actions only extended the downturn, putting the “Great” in “Great Depression.”)

One is not surprised that Krugman and Henderson differ in their interpretation of the results of the Card-Krueger studies, Krugman claiming that they “disprove” or at least challenge standard economic theory on employment and wages and, furthermore, “…make the case not just for higher minimum wages, but for more aggressive attempts to reduce inequality in general.”

Henderson, not surprisingly, has a more detailed and more incisive account of the Card-Krueger paper and its claims:

Card and Krueger conducted a famous natural experiment by studying employment at fast-food restaurants in New Jersey and Pennsylvania before and after New Jersey raised the minimum wage while Pennsylvania didn’t. Contrary to what one might expect, employment in New Jersey’s fast-food restaurants rose slightly relative to employment in Pennsylvania’s. On this basis, they challenged standard supply-and-demand models of the effects of minimum wages. Unfortunately, Messrs. Card and Krueger’s data weren’t so great—they gathered it by phoning restaurants. (Emphasis mine)

University of California Irvine economist David Neumark and Federal Reserve economist William L. Wascher, using the restaurants’ payroll data, found what most economists would have expected: The minimum wage increase in New Jersey caused employment to fall in the New Jersey restaurants relative to Pennsylvania restaurants’ employment. In response, Messrs. Card and Krueger updated their analysis and concluded that “the increase in New Jersey’s minimum wage had no effect on total employment in New Jersey’s fast-food industry.” In their 2008 book, “Minimum Wages,” Messrs. Neumark and Wascher noted that if that had been Messrs. Card and Krueger’s original conclusion, “there would have been much less scope for casting doubt on the standard competitive model of labor markets.” Indeed.

This account is much more than just a methodenstreit between academic economists, for it goes the heart of the arguments Krugman is making—and, ironically, the interpretation of the study that Krugman and other economists use to push for minimum wage increases and other government intervention also debunks their own analysis. One cannot claim that the inconclusive results of a study from one region then can be fast-forwarded to a conclusion that all standard economic analysis via the use of economic theories therefore is invalid.

While this isn’t an article about the Card-Krueger study, nonetheless, the study and its aftermath have been transformed into something that allegedly debunks the theory of markets, and Krugman and others also declare that we can know the answer to an economic question only after researchers have finished their studies. Moreover, if empirics are the order—indeed, the only order of the day—then one cannot extrapolate the results Card and Krueger allegedly found in New Jersey to cover all labor markets, yet that is exactly what Krugman and others are doing. The intellectual inconsistency is mind boggling. Economics goes from being a careful science to becoming a battering ram for politicians and their academic allies like Krugman who believe that the only thing standing in the way of the success of any policy they want is political will.

We are seeing intellectual power plays at work in which one simply overwhelms any opposition via having the “numbers on our side.” Note that if one is going to say the New Jersey minimum wage study is the be-all-to-end-all determination as to whether labor markets follow the standard economic theories, then it would seem that the Neumark-Wascher paper would carry the day, since its data mirrored actual employment results, as opposed to a non-binding telephone survey. If one is going to claim that “science matters,” then the soundness of the data, it would seem, has to be of paramount importance.

Moreover, if even Krugman admits that the Card-Krueger study produced inconclusive results, then it hardly can become the standard for completely overthrowing all economic analysis that produces results that progressives don’t like. For Krugman, if he likes the results of a study and it can be used to promote progressive policy initiatives, then economic theory doesn’t matter. However, if a study like the one produced by Neumark and Wascher were to affirm standard economic theory and at the same time cast doubts on the efficacy of a progressive policy initiative, then the study is right-wing and intellectually worthless.

For “proof” of his position on minimum wages, Krugman points to a working paper from the University of California-Berkeley just as he refers to a couple other papers that “prove” expanding the welfare state improves human health. However, David Henderson cites another study that looks at the health results of the expansion of Medicaid in Oregon and the outcomes are different that what might meet Krugman’s expectations:

MIT’s Amy Finkelstein and other health economists used a natural experiment in Oregon to assess Medicaid’s effect on health. The state government had set up a lottery for people who wanted to get on Medicaid. The economists could be reasonably confident that those who won the lottery wouldn’t be much different from those who lost. So they followed a large number of each and found that getting on Medicaid “generated no statistically significant improvements in measured physical health outcomes in the first two years.”

Does this mean that Medicaid does not improve anyone’s health prospects? Does it mean that Finkelstein is nothing more than a right-wing stooge? Does it mean that all Medicaid programs should be abolished, or maybe they should be expanded? The significance of such studies truly is in the eye of the reader and the advocate.

There is a reason that economists like Ludwig von Mises and Murray Rothbard have taken a dim view of doing economics by trotting out dueling studies. At best, such studies can give us a general idea of the effects of government policies when they follow the assumptions of economic theory and when they violate economic assumptions. For example, we know the historical record of rent controls and other price controls, yet progressive politicians are advocating such policies to be implemented and when someone cautions them as to the inevitable results, progressives respond with a cascade of bullying and invective.

Krugman’s dishonesty, frankly, is breathtaking. He claims that because certain economists did a study with questionable data that does not “prove” large employment losses due to an increase in minimum wage that the results tell us that politicians then should aggressively increase minimum wages, since such policies are costless and provide only positive benefits. (After all, if there are no consistent and universal economic laws, then neither exists opportunity cost.) In other words, he is claiming that the results of a regional study should always be applied universally if the policies being promoted are considered progressive.

That is self-contradictory. If one is claiming that there really are no universal laws of economics and that supply-and-demand don’t matter, then neither can one universally apply the results of a stylized study, especially a study that uses data that easily can be manipulated.

One cannot simultaneously declare the scientific method simultaneously to be both valid and invalid, yet, this is what Krugman is doing, and given his obvious influence, then, like Candide, we are supposed to bow down and declare that “it must be so.” If Krugman refuses to accept even basic scientific method, then, to paraphrase Mises, he is engaged in little more than economic metaphysics.