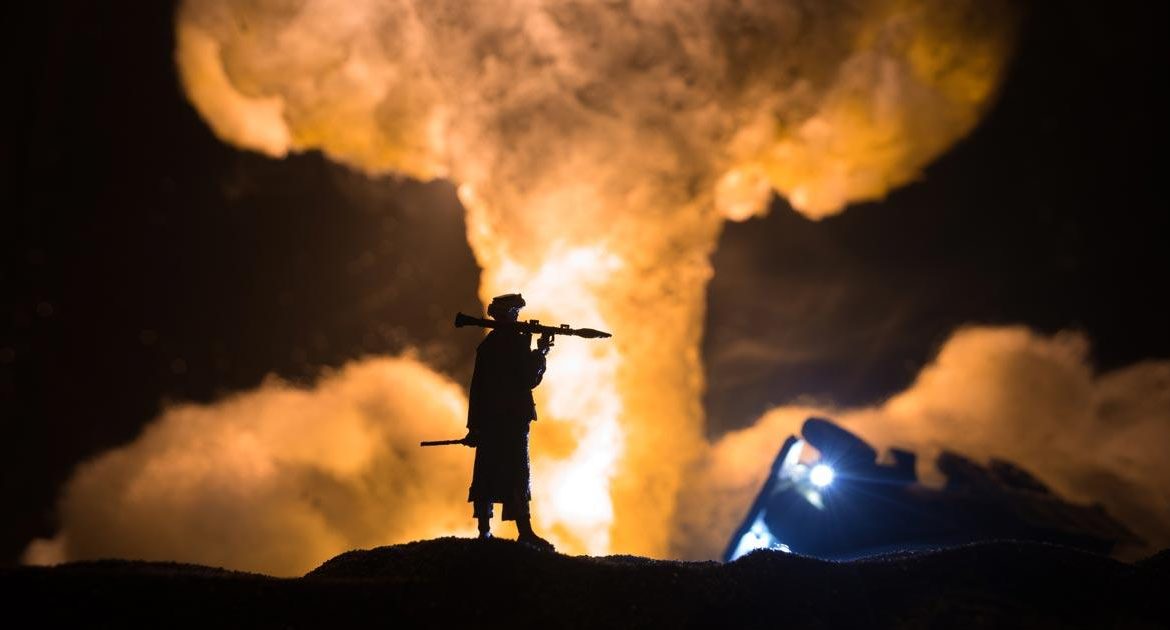 Can America’s self-styled foreign policy experts be expected to learn from the failures of the latest misadventure in Afghanistan? If history is an indicator, there’s little reason to believe the foreign policy blob will learn the error of their ways.

The horrific events of 9/11 inevitably brought the US back to Afghanistan, but this time with a full-fledged military force. To say this military venture was a boondoggle would be an understatement. The financial costs of the US’s twenty-year Afghan conflict have been staggering, with estimates from Brown University’s Cost of War Project pointing to $2.3 trillion spent in this war effort. Over twenty-four hundred American service members lost their lives along with seventy-one thousand Afghan civilians during the war.

Narratives put forth by neoliberal and neoconservative interventionists regarding the nature of the 9/11 attacks miss the mark. The cliché of “they hate us for our freedoms” used to explain why the country was attacked on 9/11 conveniently overlooks the repeated overreach of the US in foreign affairs since World War II. Bold political actions abroad generally provoke some form of reaction, whether it’s the blowback on lurid display during 9/11 or the formation of the Shanghai Cooperation Organization as a response to the West’s geopolitical encroachments on the Eurasian landmass.

From funding the mujahideen in Afghanistan to arming the so-called moderate rebels in Syria, constantly putting the figurative Vladimir Lenin in a train car to St. Petersburg is not a viable grand strategy for US foreign policy. This type of geopolitical trickery creates a multitude of unintended consequences that are detrimental to US security in the long term.

Thinking through the second- and third-order effects of interventions has never been a strong suit of the DC blob. The cold, hard truth is that the high–time preference nature of the present-day political order clouds the judgment of policymakers and does not allow them to see how their interventions could blow up in their faces in the long term.

Nevertheless, the world of geopolitics has an uncanny way of bringing the most fantastical of political projects back down to reality. The US’s liberal hegemonic crusades have hit the proverbial wall of nationalism. International relations specialist John Mearsheimer has long argued that nationalism is the most powerful force in international relations, a force that stops the most utopian of nation-building architects’ fantasies dead in their tracks.

In the Afghan case, it was easy to see why a sizable portion of the population turned to the Taliban for security. The combination of introducing culturally alien norms such as Western-style feminism and ramped-up drone operations (one of the low points of the Trump administration) greatly facilitated the Taliban’s return to power. Foreign powers intervening in a given nation usually provoke a nationalist backlash and allow for the hometown resistance to look like a popular alternative in the eyes of people, no matter how brutal these resistance forces may be, as in the case of the Taliban.

At the end of the day, the corporate press’s enthusiastic praise of Ashraf Ghani’s administration belied an otherwise nonexistent support base that the Afghan government enjoyed. That house of cards came tumbling down once the US began an earnest withdrawal from the country.

It’s anyone’s guess how Afghanistan will shape up politically in the near future. It remains to be seen if the Taliban government will carry out massive reprisals against individuals and groups who cooperated with the US puppet government. Due to the fractious nature of Afghan politics, some form of civil war breaking out in the country is not out of the question. Knowing US foreign policy inclinations all too well, it’s no stretch to imagine the US later taking the side of “moderate” rebels in such a hypothetical scenario—the same way the US has during the Syrian Civil War. Even when military expeditions look like they’re concluding, the US security establishment always finds ways to reinsert itself in conflict zones.

The cynic sees the Afghanistan pullout as a temporary retrenchment for the US while it momentarily recharges in preparation for fights with bigger fish in the vast ocean of geopolitics. The formation of the AUKUS trilateral military pact between Australia, the United Kingdom, and the United States is perhaps the first sign of a genuine pivot toward Asia with the aim of containing the rise of China—a task that will require a major concentration of US military resources. Great power conflict is the major league of international struggles, and it could potentially bring about devastation that would make the failed nation-building projects of Afghanistan and Iraq look like small potatoes in comparison.

Much to the dismay of anyone who desires a more restrained foreign policy, failing forward is par for the course in DC foreign policy circles. No kind of punishment or demotion of those who prosecuted the bungled wars of the past few decades should be expected.

Until there’s a new foreign policy class informed by an outlook of restraint, the permutations of interventionism will persist throughout DC political circles. Calamity awaits those who persist in pursuing imperial delusions.