Should We Fear Stablecoins?

Stablecoins are most useful for cryptocurrency traders and exchanges. A trader can sell Bitcoin for USDT on one exchange, and buy another coin with the USDT on another exchange, without the hassle and delay of moving funds into a bank account and back out. The usefulness of stablecoins for traders is evident in the way stablecoins have displaced Bitcoin from the role of commonly accepted medium of exchange in crypto markets. Their volume in circulation has grown to more than $100 billion in just a few years (Tether was founded in 2014, USDC in 2018).

The Fear of “New Private Forms of Money”

In a recent speech, Federal Reserve Governor Lael Brainard expressed worry about the growing circulation of stablecoins pegged to the U.S. dollar, and about digital private money more generally. Part of her worry was expressed in an unclear description of what stablecoins offer. She said:

If widely adopted, stablecoins could serve as the basis of an alternative payments system oriented around new private forms of money.

To clarify, U.S. dollar stablecoins offer an alternative payment pathway, but not a new unit of account or base money. The U.S. dollar to which they are pegged remains the basis, or base layer, for the payment system.

And why is an alternative to the status quo payment pathway—commercial bank deposit transfers that settle through the Federal Reserve—worrisome? Brainard seemed to conflate network economies with scale economies:

Given the network externalities associated with achieving scale in payments, there is a risk that the widespread use of private monies for consumer payments could fragment parts of the U.S. payment system in ways that impose burdens and raise costs for households and businesses.

To clarify, network effects (more users of a common standard make adopting that standard more useful for each user) and economies of scale are distinct phenomena.[1] Network effects in payments are associated with the widespread adoption of a common unit of account. Scale economies (declining marginal production cost) up to a point characterize wholesale clearing and settlement systems, but these economies need not be so extensive that a single national clearinghouse is most efficient. The huge volume of daily transactions in the New York foreign exchange market—nearly equal to the daily volume on Fedwire—continues to be cleared efficiently (to all appearances) by the private consortium The Clearing House (formerly the New York Clearing House Association). No informed observer, to my knowledge, suggests that moving forex clearing to the Fed would better achieve an efficient scale.

The United States already has “the widespread use of private monies for consumer payments,” of course, namely transferable bank account balances. (Brainard’s language wrongly suggests that only stablecoins and cryptocurrencies are private monies.) Bank account monies are digital in the sense of being represented by digits on the banks’ balance sheets, and also in the sense of being transferable electronically. There is no fragmentation of the dollar unit-of-account network from the issue of dollar-denominated checking accounts by thousands of banks.

Likewise, dollar-denominated stablecoins do not fragment the dollar unit-of-account network. They may even extend it, by enabling dollar-denominated payments outside the United States where dollar checking accounts are inaccessible. (In this respect they extend the dollar network much as offshore dollar banking systems do.) Consider the popular use of Zelle, the inter-depositor transfer system provided by a consortium of U.S. banks, for dollar-denominated transactions in Venezuela. The use of dollar stablecoins by traders in cryptoasset markets, or offshore, does not in any evident way impose burdens or raise transaction costs for U.S. households and businesses.

A predominance of private monies may introduce consumer protection and financial stability risks because of their potential volatility and the risk of run-like behavior. Indeed, the period in the nineteenth century when there was active competition among issuers of private paper banknotes in the United States is now notorious for inefficiency, fraud, and instability in the payments system.

The view that that private banking systems are inherently or were historically prone to volatility and runs—or that antebellum US banking in particular was dominated by “inefficiency, fraud, and instability”—is sadly uninformed by the scholarship of the last 50 years. I will leave a clarification of the historical record of the antebellum United States to a planned future post on this blog by George Selgin. But I will note that Scotland, Northern Ireland, and Hong Kong today have “a predominance of private monies” in circulation without any ill effects for consumers or financial stability.

Are Stablecoins the Modern-Day Equivalent of Banknotes?

Here I want to focus on Brainard’s suggestion that stablecoins are similar to the private banknotes of the 19th century. To what extent is that a helpful comparison?

Like banknotes in Canada or Scotland, stablecoins are issued competitively. They do not bear interest, which means that issuers compete on non-price dimensions to attract users. Banknote issuers used to advertise the dollar amount of their capital—the cushion for absorbing asset losses—to convince customers that they were not fly-by-night operations. Before deposit insurance, capital ratios of 20% were typical. To reassure its customers, USDC advertises that “USDC is issued by regulated financial institutions, backed by fully reserved assets, redeemable on a 1:1 basis for US dollars.”

Curiously, USDC does not advertise the size of its capital or its ratio of capital to assets. Tether provided an attested accounting of the dollar values of its total assets and total liabilities at the end of February 2021. Assets exceeded liabilities, but not by much. Its implied capital ratio (assets minus liabilities, divided by assets) was a wafer-thin 0.35%. Another way of putting this is that Tether is leveraged 289 to 1. Recall that Fannie Mae and Freddie Mac became insolvent with capital ratios about five times larger (1.51% and 1.74% respectively), or leverage ratios of 60 to 1. Meanwhile, Tether does not hold a risk-free asset portfolio (which would mean holding only plain cash or fully insured deposits).

USDC’s attested accounting similarly states that “US Dollars held in custody accounts are at least equal or greater than the USDC tokens outstanding at the Report Date and Time.” We do not know the value of the assets, and so cannot infer the capital ratio. What about asset risk? A footnote explains that “US Dollars held in custody accounts are the total balances in accounts held by the Company at federally insured US depository institutions and in approved investments on behalf of the USDC holders at the Report Date.” Thus USDC also does not hold a risk-free asset portfolio. While some assets are risk-free insured deposits, others are not, and we don’t know the mix.

Are Tether and USDC tokens similar kinds of liabilities to banknotes? Both Tether and USDC do speak of redeeming their tokens at $1 each. This suggests a debt obligation similar to the obligation stated on the face of a typical $1 banknote, “Will pay the bearer $1 on demand at our offices.” In their user agreements, however, both Tether and USDC include escape clauses. Tether’s reads as follows:

If asset losses make us unable to pay 100 cents per dollar token, in other words, we may scale down the claim to fewer cents. Invoking this clause would turn Tether into a mutual fund that has “broken the buck.” The clause protects the issuer, but does not protect customers by making Tether tokens less run-prone; quite the contrary.

Tether also charges fees for redemption, as well as a large ($100,000) minimum redemption value; and it retains the right to alter the fees without notice. Raising fees could be a last-resort way to slow down redemption requests should they exceed Tether’s liquid assets on hand.

Circle, the parent company of USDC, promises in its user agreement to “surrender the established value of the USDC in U.S. Dollars upon valid redemption of the USDC in accordance with the requirements set out in this Agreement.” Circle does not currently charge fees “for redeeming USDC for US Dollars and wiring funds to your bank account,” but it retains the right to start doing so. Circle does charge for outbound transfers to other USDC addresses. The user agrees that “Circle is free to use the funds provided for its own purposes prior to redemption,” that is, agrees to let Circle hold fractional reserves and keep the interest it earns. As far as I can find Circle has no provision allowing it to break the buck, although it retains the discretion to delay or decline redemption in cases it deems suspicious.

Any buyer of a non-interest-bearing claim prefers low default risk, which suggests that stablecoin users prefer an issuer who provides greater evidence of robustness, solvency sufficient to absorb all but the most exceptional asset losses. I anticipate that competition for users will compel better asset disclosures and higher capital ratios than we have seen so far. But I may be missing something that explains why users haven’t demanded greater evidence of robustness so far.

Perhaps the biggest contrast between banknotes and stablecoins is that banknotes were held by almost everyone. Workers received their wages in banknotes, and could spend them on rent and groceries, without having bank accounts. Stablecoins, by contrast, are held by traders in cryptoasset markets. Tether’s website speaks of its policies, “[d]esigned with Tether’s professional investor audience in mind,” of “minimal issuance and redemption requirements equal to 100,000 USD and $100,000 USD₮, respectively.” In this respect Brainard’s concern about stablecoins being “widely adopted” seems misplaced.

Promotional copy on the website of USDC’s parent company Circle (“Run your business on USDC for a more global, scalable and efficient alternative to traditional banking rails”), however, suggests that Circle is hoping to attract a wider business clientele who want faster-settling global payments. It also indicates plans to offer interest-bearing USDC time deposits. This promises an interesting experiment, a test of the proposition that clients are willing to leave the mainstream banking system, sacrificing FDIC coverage, for better interest and better service. “Carpe diem,” I say to Circle, and “caveat emptor” to its clients.

[1] By the way, network effects need not involve uncaptured externalities. There are no externalities once everybody has joined the network, or if the network is proprietary so that the proprietor can subsidize marginal joiners. See John Weinberg’s article on the subject here.

The post Should We Fear Stablecoins? appeared first on Alt-M. 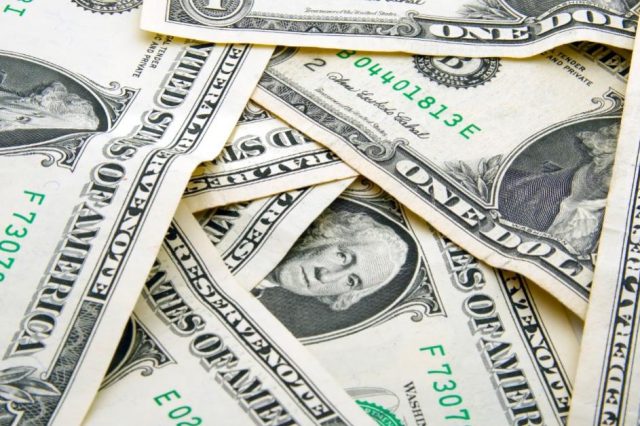 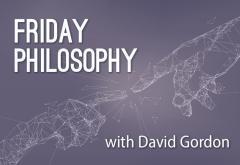